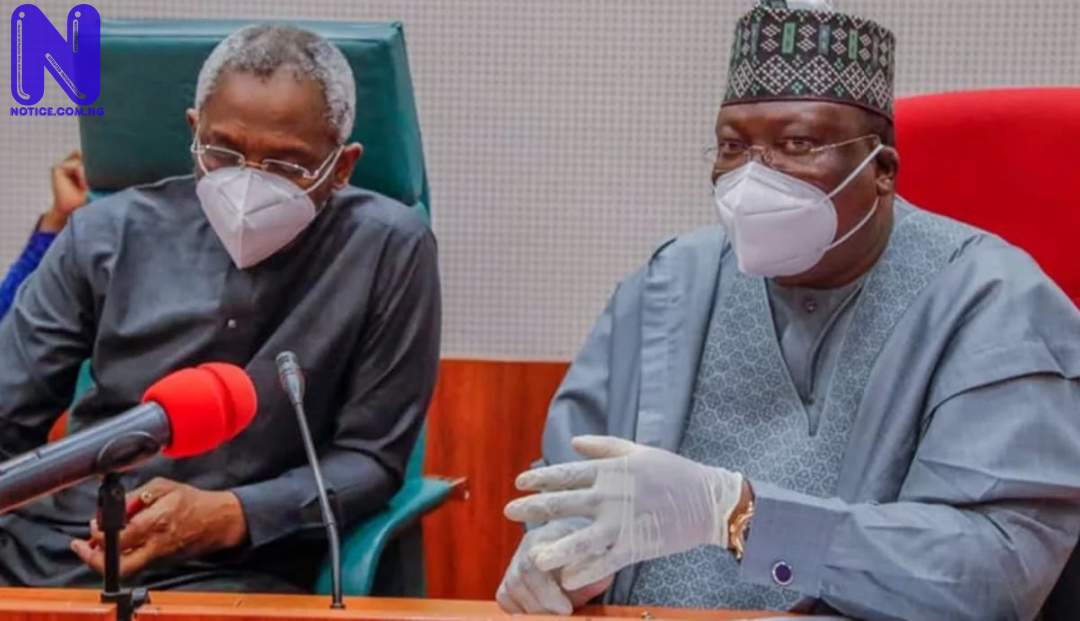 Leadership of the upper and lower legislative chamber on Monday tackled the executive arm of government over implementation of the capital component of the 2020 budget extended to March 31st 2021.
President of the Senate, Dr. Ahmad Ibrahim and the Speaker of the House of Representatives, Hon. Femi Gbajabiamila, at an interactive session with the Minister of Finance, Mrs. Zainab Ahmed, sought to be briefed on the implementation of the extended budget.
This is as the Minister of Finance, Budget and National Planning, Mrs Zainab Ahmed , informed the federal lawmakers that as at the end of January this year, 30% implementation has been achieved on the extended capital component of the 2020 budget.
Gbajabiamila insisted that the government should show variable implementation of budget, particularly capital projects, saying that it was unusual for a budget to be extended as was done by the legislature.
“This special session of the leadership of NASS interfacing with you is meant for over-sighting the extension because feelers from the various MDAs on the implementation are not all that cheering.
The Speaker told the Finance Minister that heads of Ministries, Departments and Agencies of government have complained of difficulty in accessing funds meant for capital projects.
“We want to know the level of performance achieved so far whether it justifies the extension granted or not”, he said.
Responding, the Minister revealed that only 30% of the extended budget (capital component) has been achieved as at the end of January this year.
She said funds have been released and most of the agencies have accessed them, while she expressed hopes that a remarkable percentage implementation will be achieved before March 31st this year.
The Minister in her earlier presentation, informed the federal lawmakers that as at December 2020, 89% of the capital component of the budget had been achieved from the N1.74trillion released.
When the Senate President asked her whether 100% implementation performance will be achieved or not by the MDAs before the March 31 deadline, she said a series of factors will determine that.
Speaking further, she said: “Such factors include all the MDAs, accessing the funds that had already been released about three weeks ago, procurement processes and capacity of agencies to utilize the funds within the time frame.”
Reacting to questions on the wide gap between the official rate of foreign exchange and parallel market, she said it will be unreasonable to expect the two to be at equal level.
She, in spite of that, assured the lawmakers, that appropriate authorities and agencies within the executive arm of government, are working towards bridging the existing gap of about N100 between the two windows of foreign exchange.