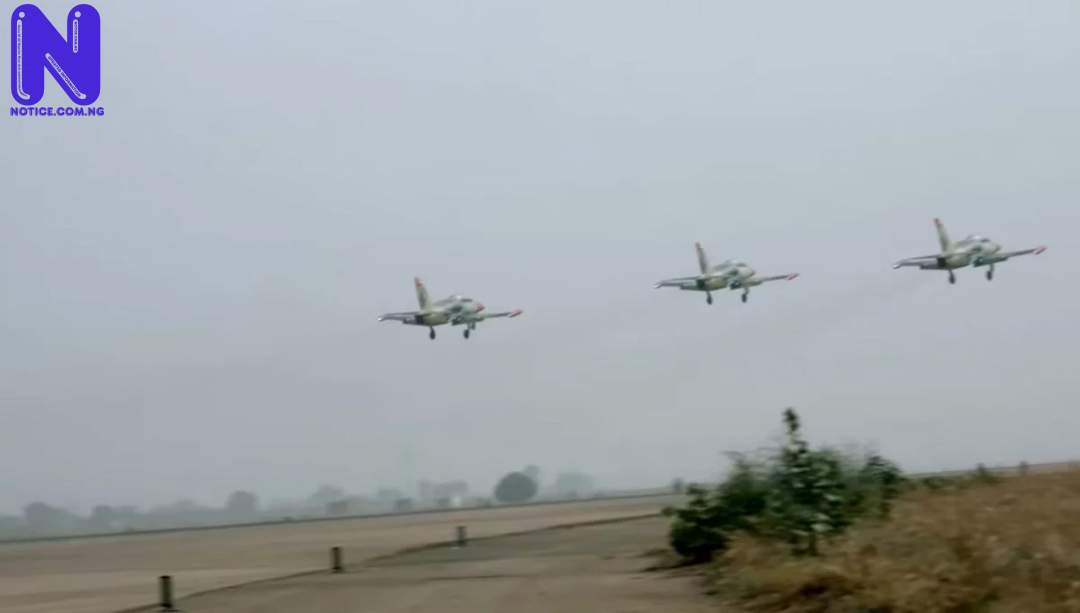 Some Nigerian Air Force (NAF) Sector 271 personnel and scores of bandits died on Saturday in Kaduna.
The battle occurred at Ungwan Laya near Birnin Gwari Local Government Area.
In a statement, NAF Director of Information, Air Vice Marshal Ibikunle Daramola, said troops were able to foil an ambush.
Daramola noted that officers who sustained varying degrees of injuries are receiving treatment.
Chief of Air Staff (CAS), Air Vice Marshal Oladayo Amao, has condoled with the family of the fallen heroes.
The CAS has also visited the injured personnel at the hospital.
He urged troops to remain resolute and continue to work with other security agencies to rid the Northwest of all criminal elements.
The Kaduna government confirmed that NAF conducted armed reconnaissance in Birnin Gwari and Giwa local government areas.
The locations were Gajere, Sabon-Kuyello, Ungwan Farinbatu, Sabuwa, Kutemeshi, Dogon-Mu’azu, Dogon-Dawa, Kidandan, Sabon-Birni, Galadimawa, Rikau, Yadi, Kuduru, Nacibi, Farin-Ruwa and adjoining settlements.
Commissioner for Internal Security, Samuel Aruwan, in a statement said bandits detected with herds of cattle at Galadimawa South were eliminated.
“Similarly, bandits were sighted at Nacibi fleeing southwards on motorcycles; they were engaged accordingly and neutralized.
“A group of huts observed to be active with bandits was engaged with rockets”, the official added.