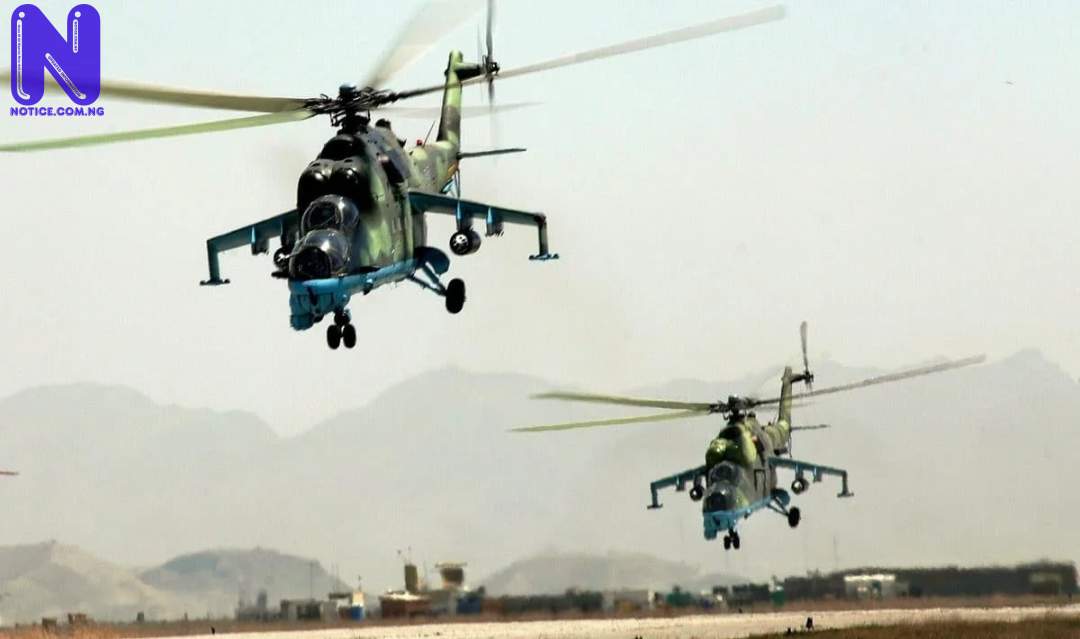 The Chief of Air Staff (CoAS), Air Marshal Sadiq Abubakar, says Nigerian Air Force (NAF) has destroyed ten bandits’ camps in four states in the North-West zone in the ongoing ‘Operation Wutar Daji’.
Abubakar disclosed this on Tuesday, in Katsina State, when he inspected the operations which had been on for the last month.
He explained that NAF deployed ten aircraft with dozens of Special Forces for the operations.
The air chief stated that in the course of air surveillance, the force identified and bombed several armed bandits’ camps across four states.
He said the states included Katsina, Zamfara, Kaduna and Kebbi State in the North West Zone where the operation is ongoing.
According to him, ten jets were used in the operations where the hideouts of the armed bandits terrorising communities in Rugu, Kuyanbana, Birnin Gwari and Dansadau forests within the zone were destroyed.
“Our aerial surveillance team spotted several targets in the forest. We bombed the places and neutralised dozens of armed bandits.
“It must be noted that the operation is ongoing. We will not rest on our oars until we identify every bandit’s camp in the forest and destroy them.
“We will fight to the level that armed banditry will no longer be a security issue in the North-West or any other part of the country,” he said.

DO YOU KNOW >>> FG explains delay in reopening schools - COVID-19

Comment by:TISAO - 2020-06-27 , 01:54:39pm
I visited many websites but the audio quality for audio songs current at this web page is truly fabulous. I am sure this article has touched all the internet viewers, its really really nice post on building up new weblog. I couldn’t resist commenting. Well written! http://linux.com
like:0
dislike:0
relevance:0