N42m worth of fake Kiwi shoe polish destroyed in Awka 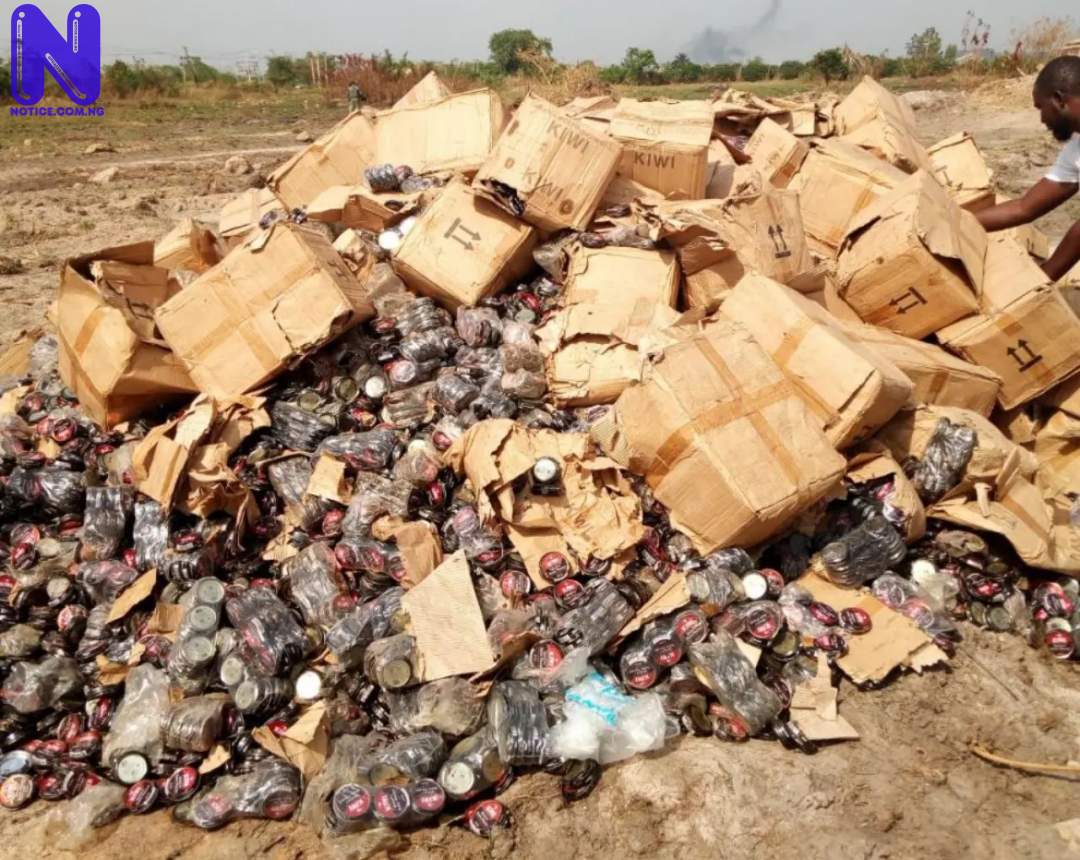 About 201,600 tins of fake Kiwi shoe polish worth over N42 million have been destroyed in Awka, Anambra State capital.

The fake shoe polish, were intercepted in a warehouse in Onitsha by undisclosed importers, who had ordered them from abroad for sales to unsuspecting members of the public.

The product, which were contained in three trucks were later set ablaze after a Federal High Court in Awka presided over by Justice Bature Gafai granted order for their destruction by burning.

Gafai in the order directed that the products be burnt in the presence a court bailiff, police officers, officials of the Standards Organisation of Nigeria (SON) and members of the media.

Speaking after the destruction of the product, Counsel to Ascon Nigeria Limited which owns the Franchise to import original Kiwi Polish, Barr Tagbo Anaeto the destruction is to serve as a deterrent to others in the illegal business.

“The court had also slammed punitive actions against the illegal importers, which include the seizure of their property, cost of damages to the tune of N2million, which was paid to the courts as well as the public destruction of the counterfeit goods.”

Acknowledging a significant reduction in the faking of the product, Barr Anaeto said it is an ongoing exercise and will be sustained until the markets are rid of fake Kiwi products.

Managing Director of Asco Nigeria Limited, Mr Sam Anyanwutaku, commended the judiciary for the judgement, which he noted, will help end the efforts at economic sabotage by the illegal importers.