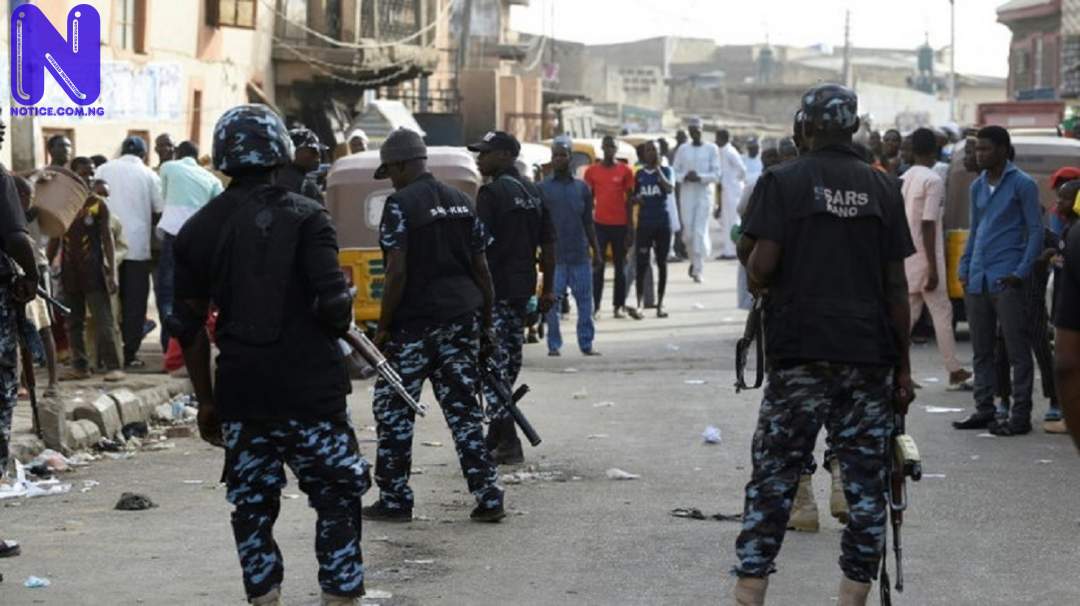 A policeman has disclosed that his wife is taking part in End SARS protests.
In an interview with Press, he expressed sadness at the state of the Nigeria Police.
The citizen, a Sergeant, said he joined the Force in 2006.
He had his first child in 2017 and now has four kids.
The policeman recalled that his salary for a few years was N8,000 and later N12,000.
“I am not happy about the situation of this country. My wife is protesting. I cannot be there but when she told me she wanted to go, I didn’t stop her because the situation affects her.
“After 14 years in service, I am still collecting N64,000 per month. Not just me, others in my set too collect the same salary. It doesn’t cover anything. I have four kids, I am paying rent, school fees, feeding my family,” he said.
He revealed how officers pay for things the police should provide for them if the system was working.
“We buy our uniform, others can confirm this. My beret is N4,500; the buttons on the shirt is N3,000; the full Khaki is N8,000; you have to buy your rank logo N600; sewing is N3,000; Boot 18,000,” he added.
The Sergeant further decried how personnel are left to take care of expenses after postings to commands and formations.
“When they release posting, they don’t give us money. You are on your own, you bear all the costs. How will such a person not use the few days he has left to hustle. You must fend for yourself.
“Most times, they tell you to resume within 3 days to 1 week, without accommodation and financial assistance to relocate. The issues are too many. Do you know we go to buy the paper used for complaints at police stations? Paper!” he fumed.
Asked to comment on welfare support for ailing and deceased officers, the policeman shook his head in regret.
“If any of us die, we usually make contributions to assist the family because they may not get anything for years. Imagine! Somebody that died serving his fatherland. We have seen cases where superiors demand for sex from the widows.”
The policeman expressed excitment that End SARS protesters include increment in Police salaries in their demands.
“It is very good and I am happy about it. At this point in Nigeria, nobody should get below N100,000 as monthly salary, the suffering is too much, prices of everything have gone up”, he complained.
The excesses of the notorious Special Anti-Robbery Squad (SARS) has triggered unprecedented demonstrations across the country.
The campaign for police reform has gained global attention and coverage.
Now Day 9, thousands of youths are participating in rallies and have vowed to continue until all demands are met.
The five conditions are: Release of all arrested protesters; Justice for all victims of police brutality and appropriate compensation for their families; Establishment of an independent body to oversee the investigation and prosecution of accused officers.
The protesters want Psychological evaluation (to be confirmed by an independent body) of all disbanded SARS officers before redeployment, and Increment in Police salaries.
They believe officers must be adequately remunerated for protecting lives and property.
No fewer than 10 Nigerian People have been killed since last Saturday.