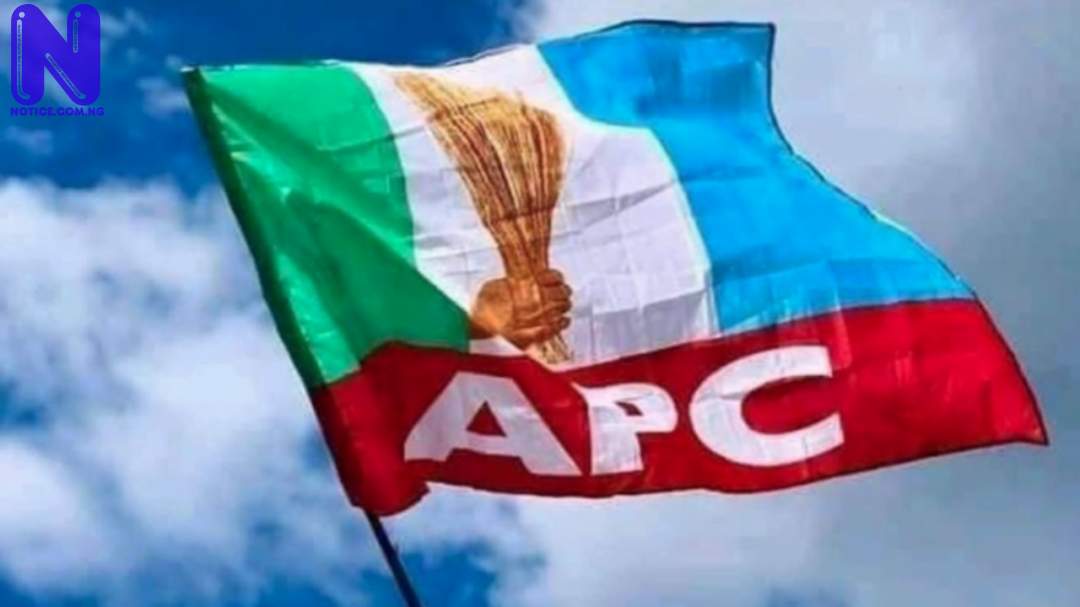 The All Progressives Congress, APC, two days ago released the list of its campaign council to promote its Muslim-Muslim presidential ticket across the country. In Benue State, the suspended priest, Hyacinth Alia, who is the candidate of the APC (though hotly disputed) has accepted to be the chief promoter of the APC ticket seeking to make two Muslims President and Vice President respectively.

Alia's decision to work for the realization of the long drawn Islamization agenda of the APC is coming just a few years after two Reverend Fathers Joseph Gor and Felix Tyolaha with 19 worshippers were brutally murdered in Mbalom, Gwer East local government area of Benue State by Fulani terrorists who were on a jihad mission to take over the land of Benue.

I have read reports credited to the disputed Benue APC governorship candidate where he tried to divert attention from the heinous crimes committed against the people of his state by Fulani extremists. The other day, he was quoted as saying that the spate of insecurity in Benue State is not as high as what is reported in the media. He implicitly absorbed the killer herders of the attacks and rather faulted youths of the state for engaging in communal violence. What a way to indict your people!

Alia visited Kaduna State Governor, Nasir El-Rufai recently and met with other proponents of the Islamization agenda from where reports emerged that he made mundane promises as a condition to get support from them. Whatever Alia discussed with El-Rufai and the others, his acceptance to coordinate the Muslim-Muslim ticket has proven our suspicions more than anything else. Don't forget that Governor El-Rufai introduced the Muslim-Muslim ticket in his state and has remained its staunch advocate.

I believe that at the right time, the people of Benue State will invoke the judgment of God, the blood of innocent Christians slaughtered by Fulani bandit-herdsmen and the wrath of their ancestors to fight for them to resist and reject the entire APC with all its candidates, particularly the suspended priest Alia who has chosen to betray his colleagues who were slaughtered in Mbalom in April 2018.

The desperation to become Governor has clouded Alia's humanity. Benue people continue to be abducted and slaughtered on a daily basis by the Fulani terrorists without a word of condemnation from APC in the state. If the people are all killed, who will the priest govern, if he is voted as governor? Does everything begin and end with elections? Does life no longer matter? He had the right and choice to decline the position of Benue State coordinator of the APC campaign for the Muslim-Muslim ticket.

How does Alia as state coordinator of the Muslim-Muslim ticket intend to convince families of the slain Rev Fathers Gor and Iorlaha, as well as the 19 parishioners in Mbalom to vote for APC in next year's elections? Just how?

Nearly two million innocent Benue people have been displaced from their ancestral lands with thousands of them in IDP camps while others are living with relatives in other locations. Some of the victims have been killed and left in the bush by the Fulani Jihadists.

How does Alia who has never shown compassion towards these victims now come to speak to them to vote for APC? Will he tell them that he now believes they are not the ones killing their own? Will he tell them that indeed there are people called terrorist Fulani herdsmen who are bent on taking over the Benue valley? Will he admit that he was wrong in his utterances about the insecurity in the state? Will the people believe him? Will they not ask him why he is realizing his lies against them only now that elections are around the corner? Who will believe him?

APC has been destroyed in Benue State! The party has caused its collapse in the state and will never recover from its fall. No political party faces the volume of crises that APC in Benue is facing and survives. The day that the suspended priest spoke to the press and gleefully accepted the result of the yahoo yahoo primaries that produced him, I knew that his 2023 guber ambition had hit the rocks. Gloating over his fellow aspirants when he knew that there was no primary election was political suicide.

I voted here in Apo during the 2019 elections but for the 2023 polls, I have transferred my voting point to Benue State to add my vote to the rejection of a political party which has supported atrocities against my people. Benue people have been attacked in larger numbers than any other state since the civil war ended. If not for the firm stand of Governor Samuel Ortom, the situation would have been worse.

In 2023, we will say NO to those who accuse us of killing ourselves!