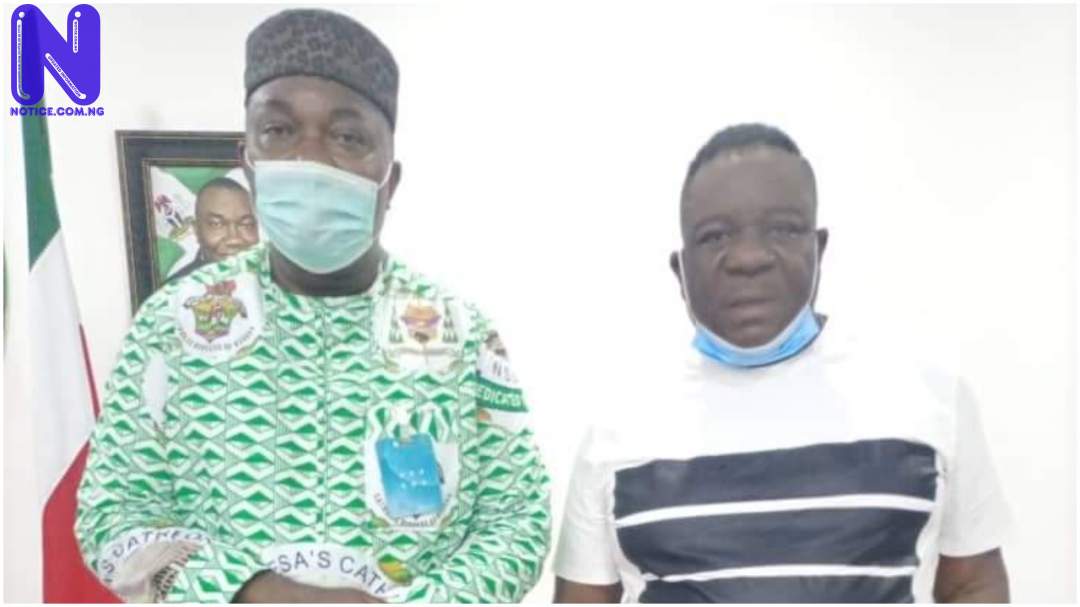 The famous Nollywood legend, Dr. John Okafor, popularly known as “Mr. Ibu” has extolled the outstanding leadership qualities of Governor Ifeanyi Ugwuanyi of Enugu State, describing him as a visionary, peaceful, compassionate and unassuming leader who has brought tremendous development to the state, most especially in the rural communities.
Mr. Ibu also commended Gov. Ugwuanyi for his uncommon leadership style, which he said has also brought “unprecedented peace and security in the state, stressing that the governor is “a God-sent leader to the people of Enugu State”.
The African movie Icon who spoke when he led his team to pay a courtesy visit to the Government House, Enugu, to appreciate Gov. Ugwuanyi for celebrating with him (Ibu) during his historic 60th birthday, thanked the governor for his good works in the state and for enhancing the state’s business/investment atmosphere in spite of the nation’s challenges.
According to him, “thank you Your Excellency for your good works in Enugu State. Thank you for the developmental projects, most especially in the rural areas; thank you for your humility and friendliness to all and sundry; thank you for entrenching perpetual peace and security in Enugu State, and also thank you immensely for celebrating me at my 60th birthday. In fact, Your Excellency, you are a God-sent leader to the good people of Enugu State”.
In his remarks, the Chief Executive Officer (CEO) of ICE DIAMOND ENTERTAINMENT, Comrade Monday Diamond (Odoziobodo) who hosted the event that marked Mr. Ibu’s 60th Birthday, applauded Gov. Ugwuanyi for “the magnificent way he celebrated John Okafor through his support which culminated in the massive success of the event”.
On his part, Gov. Ugwuanyi who congratulated Mr. Ibu on his 60th birthday, eulogized the Nollywood legend for making Enugu State and the entire Igbo nation proud through his talent.
The governor in furtherance of his love for the entertainment industry, adopted every Easter Monday as “Mr. Ibu Day”, an official annual entertainment day for Enugu State by the multiple awards winner (Mr. Ibu) who was conferred with the prestigious “Doctorate Degree Award in Entertainment” by KANAZ ESTABLISHMENT, on his 60th birthday.