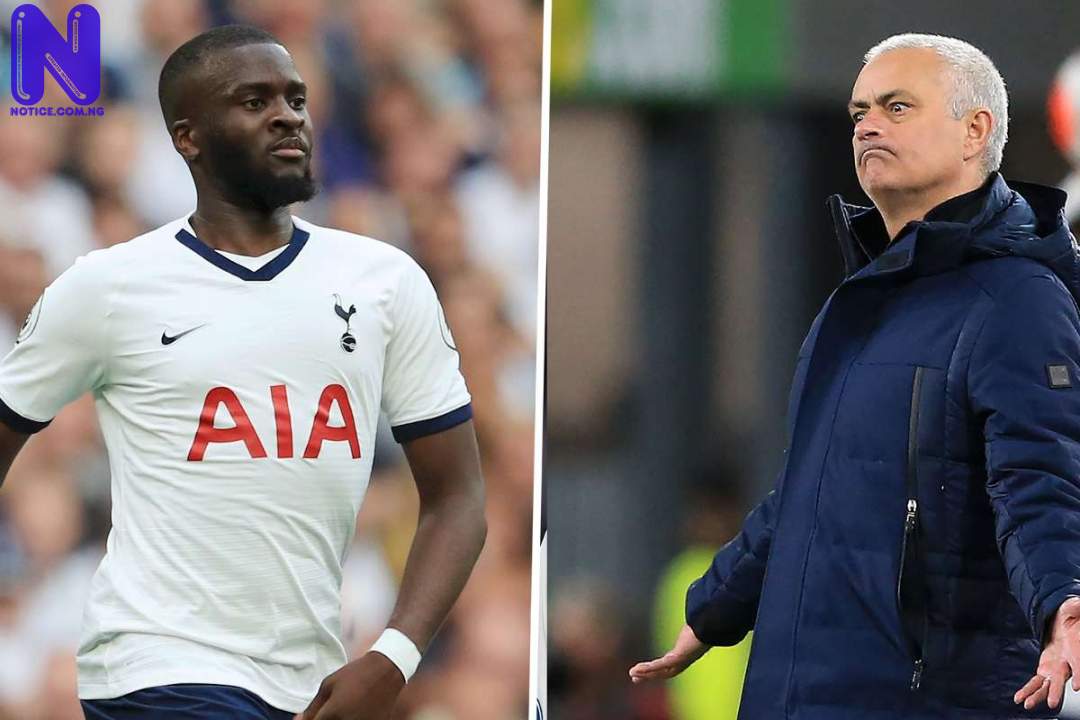 Tottenham Hotspur coach, Jose Mourinho, has insisted that he has no ‘rift’ with midfielder, Tanguy Ndombele.
Mourinho said this while reacting to media speculation of a rift between him and Ndombele.
Press had reported that Ndombele could be on his way out of Spurs, after reportedly telling Mourinho he never wants to play for him again.
Ndombele only moved to Tottenham from Lyon last summer in a club-record of £55 million deal.
However, the Frenchman has struggled to recapture his best form under Mourinho in North London.
The 23-year-old is yet to feature for Mourinho’s side since the Premier League restarted and was again benched for their 2-0 victory over West Ham United on Tuesday night.
During the COVID-19 lockdown, Mourinho flouted lockdown rules to give Ndombele extra training sessions in April.
But the two men have fallen out and are no longer on speaking terms. It has led to some Spurs’ players trying to mediate between them.
Asked if he has a rift with Ndombele, Mourinho was quoted by Sky Sports as telling reporters after Tottenham’s victory against West Ham: “No. There is nothing.
“I try to do the best for my team. I cannot start with 12 or 13 players, and sometimes I apologise to the ones I cannot pick.
“On the bench was Tanguy, (Ryan) Sessegnon, Toby (Alderweireld), (Jan) Vertonghen, Gedson (Fernandes) and they didn’t play. That’s football.
“I had attacking players on the bench, (Erik) Lamela and (Steven) Bergwijn. Two great players to bring on and then (Harry) Winks to give us more consistency.
“This situation of the five changes, some people may be thinking that you have to use all five changes. You don’t have to do it. You have the chances to do it.
“I felt that the team was fine. I never believed that 2-0 was a completely safe result because they were trying everything and one goal could change the state of mind and give them the motivation in the final minutes so I decided to keep the team stable and three changes were enough.”