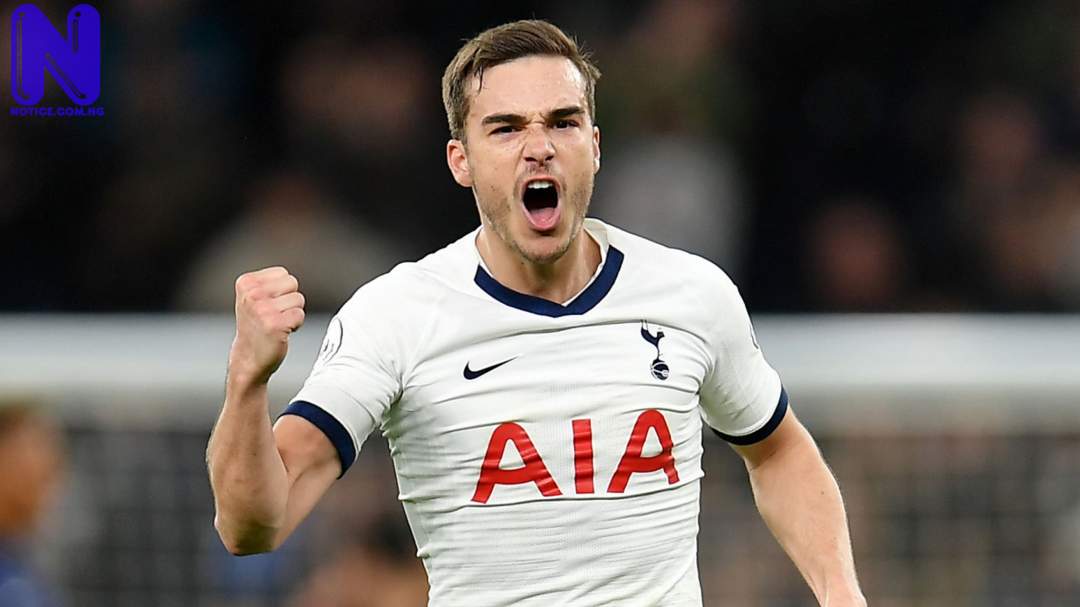 Tottenham Hotspur manager, Jose Mourinho, has reacted after midfielder, Harry Winks, went down the tunnel during Spurs’ 2-0 Europa League victory over Royal Antwerp on Thursday night.
Winks, who has been unhappy with his lack of game time at Tottenham this season, headed straight to the dressing room after being substituted before the hour, while substitute Dele Alli joined him shortly after Mourinho had made all five changes.
But Mourinho is now saying that he told Winks to go and get changed because of the cold weather.
Tottenham defeated Antwerp 2-0 at home to secure the top spot in Group J, thanks to goals from Carlos Vinicius and Giovani Lo Celso.
“I told Winks to go, I told every player that left the pitch to go, because when the weather is cold, I prefer they go to the dressing room and have a shower and be warm and safe,” Mourinho told reporters after the game.
“I told them to go, some prefer to stay. Even cold, they prefer to stay and participate in the game from the bench.
“Winks decided to go, and I’m happy with that because I am the one that told him to do it.”
Tottenham’s next match is against Crystal Palace in the Premier League on Sunday.