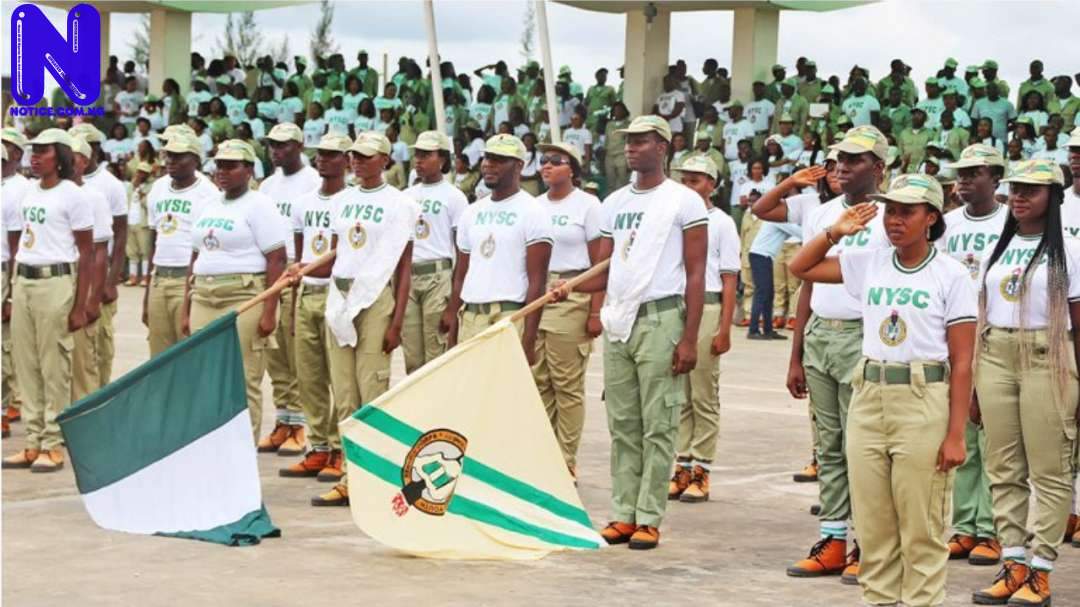 More reactions have continued to trail the bill before the House of Representatives, seeking to scrap the National Youth Service Corps (NYSC).

The bill sponsored by the lawmaker representing Andoni-Opobo/Nkoro Federal Constituency of Rivers State Awaji-Inombek Abiante, in the explanatory memorandum of the proposal, listed various reasons the NYSC should be scrapped. It said the NYSC has led to the, "Incessant killing of innocent corps members in some parts of the country due to banditry, religious extremism and ethnic violence; incessant kidnapping of innocent corps members across the country."

"Public and private agencies/departments are no longer recruiting able and qualified Nigerian youths, thus relying heavily on the availability of corps members who are not being well remunerated and get discarded with impunity at the end of their service year without any hope of being gainfully employed.  "

Due to insecurity across the country, the National Youth Service Corps management now gives considerations to posting corps members to their geopolitical zone, thus defeating one of the objectives of setting up the service corps, i.e. developing common ties among the Nigerian youths and promoting national unity and integration.

The bill is seeking the alteration of the 1999 Constitution of the Federal Republic of Nigeria Alteration Bill, 2020.

Notice.Com.Ng recalls that the NYSC was created by Ex-Head of State, Gen. Yakubu Gowon, on 22nd May, 1973, as an avenue for the reconciliation, reconstruction, and rebuilding of the nation after the civil war.

READ ALSO >>> Reps insists NYSC will not be scrapped

Don't allow scrap of NYSC - HURIWA tells Buhari Reacting to the bill, an Executive Director with the Civil Liberties Organisation, Comrade Steve Aluko, said, “It is unacceptable, unthinkable and very illogical in the National Assembly.

Aluko maintained that, “It is unpatriotic and unnationalistic given the challenges of lack of unity and the urgent need to promote national integration, commonality of ideals, thoughts and philosophy that help promote national consciousness.

According to him, “The best they would have done is to weigh the advantages over the disadvantages, and recommend the best way to improve, reinvent the will at resolving targeted generational and contemporary challenges inhibiting nationhood.

“Whatever justification they are giving can as well be for dismembering the country and the dissolution of the National Assembly.

“The side they have taken amounts to abdications of the letter and intent of making good law, to maintain law and order and common good in the country.

“A National Assembly that fails in performing its oversight function cannot be said to be the catalyst to promoting national development and harmonious peaceful coexistence that prompted the NYSC scheme”, he stressed.

Also reacting to the bill, a Civil Society Practitioner, Comrade Pwakim Jacob Choji, said, “While reflecting on the reasons for the call towards the scrapping of the NYSC scheme, it’s key that we give a deeper reflection considering that, the scheme has gained credibility amongst a large number of young people in the country despite that there are few others who feel that the one-year programme is a waste of youthful time which would have been used into more meaningful ventures.

He said, “For instance, the scheme should be turned into an empowerment scheme where all monies meant for the NYSC kits and monthly allowance of the corps members are given to undergraduates at graduation so as to fund a small-scale business that will be supervised by the NYSC.

“The NYSC has been a great scheme of mingling, but the problem of Nigeria is not about Nigerian People not mingling into other cultures and environments, but the concerns of economic and social justice that have been missing in the administration of governance by successive governments.

“The cause of another Civil War is not the idea of not knowing each other’s cultures, but the hopelessness, hunger, and injustice experienced and perceived by Nigerian People across different regions and religions”, he stressed.

According to Comrade Japhet Philip La’abes, a Civil Society Activist, in his reaction to the Bill said, “At this critical moment of turbulence in our nation’s history, the National Youth Service Corps (NYSC) is probably the only surviving symbol of our unity in diversity, and any attempt to scrap it will portend a dangerous signal to the corporate existence of the nation.

La’abes maintained that, “The Bill seeking to end the NYSC scheme is dumb, poorly thought out and ill advised.

“The House of Representatives would do well to retrace it’s steps in the overall interest of the people”, he admonished.

In his reaction, the Public Relations Officer, Federal Government College Jos Old Students Association, Plateau State chapter, Comrade Wakklee Nennang, said, “As a product of a unity school, I can we are privileged to have started our NYSC at that level.

“However, in the light of ongoing discussions by members of the Nigerian House of Representatives seeking to scrap the scheme which had generated mixed reactions from Nigerian People with some opposing the move while others succumbing to it, it has become imperative to lend a voice in the discussion as it affects national unity and social cohesion.

“In the light of the current state of the nation, the scheme poses a greater danger to the life of the prospective Corp members than to the state.

Nennang maintained, “Self-preservation is said to be the first natural law of humanity, and Corp members first owe themselves the duty to keep their lives without which, their dreams and aspirations of decent job cannot be achieved.

“It is worthy to note here that, at the time of the inception of NYSC, the state of the nation was quite different. Now we are in a very different place and time in the nation's history.

“Priority now has shifted from national integration and unity towards a crisis of governance and plain simple mismanagement of public expectations.

Why NYSC should not be scrapped - Shehu Sani As stated by him, “The scheme has failed in providing the needed national unity as the fault-lines of ethnicity, religion and corruption held sway, neither has it created more patriotic citizens. Unity and patriotism requires more fundamental variables.

“I therefore hold the opinion that, rather than having the scheme scrapped, there should be a progressive re-organization and modification of its objectives to suit the present day Nigerian situation”, he admonished. “Corp members are allowed the autonomy to decide where they wish to serve even if it is in their home state or states of residence as they wish.

“This is expected to mitigate security risks and risk of fatalities from bad roads or other modes of transportation”, he explained.

“The scheme can be modelled in a way that corps members will be camped for at least six months, where they are taught vocational and entrepreneurial skills most needed for economic stimulation and growth which the nation is now in dire need of.

“The Corp members can after successful completion of the camp, be given a grant as start-up capital to make them self-reliant and initiators of small and medium scale enterprises which is what is required to improve our GDP, per capita income, and unemployment rates in Nigeria."