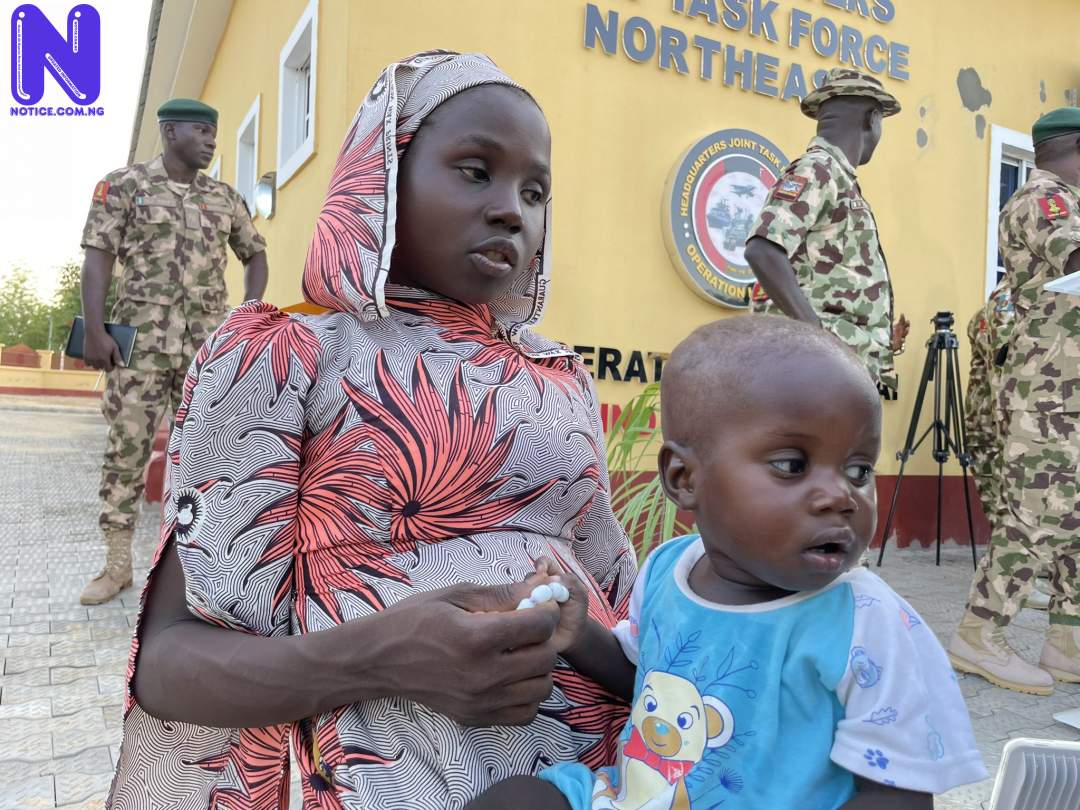 Hauwa Joseph, a Chibok school girl, said she escaped from the Boko Haram camp in Gazuwa during a massive incursion of the troops of the Nigerian Army into the location on June 12.

Hauwa disclosed this while narrating her ordeal to newsmen in Maiduguri, Borno State, at a news conference held at the Command and Control Centre, Maimalari Cantonment.

She said that as terrorists in the camp were running for safety while troops were advancing, she took a separate route to escape from the terrorists’ camp.

She added that “On my way, I met with some of the insurgents who asked me where I was going, but I tricked them by telling them that I was following some women to hide in the nearby forest.

“I slept under a tree with my child, then proceeded the next day until I arrived at the road where I approached a military checkpoint.

“Initially, they thought I was a suicide bomber, but when I explained my self, they took me along with them.”

Hauwa Joseph said she was forcefully married to Amir Abbah, one of the Boko Haram’s Commanders at Gazuwa camp, who was later killed during one of the encounters with the troops of the Nigerian Army.

She thanked the military for rescuing her, saying that she hoped other girls who are still in some of the terrorists’ camps would be rescued.

Recall that, Hauwa Joseph was one out of the more than 200 female students of the Government Girls Secondary School in Chibok, Borno State abducted in April 2014 by Boko Haram terrorists.

About 100 of the school girls are still missing seven years after the initial abduction.