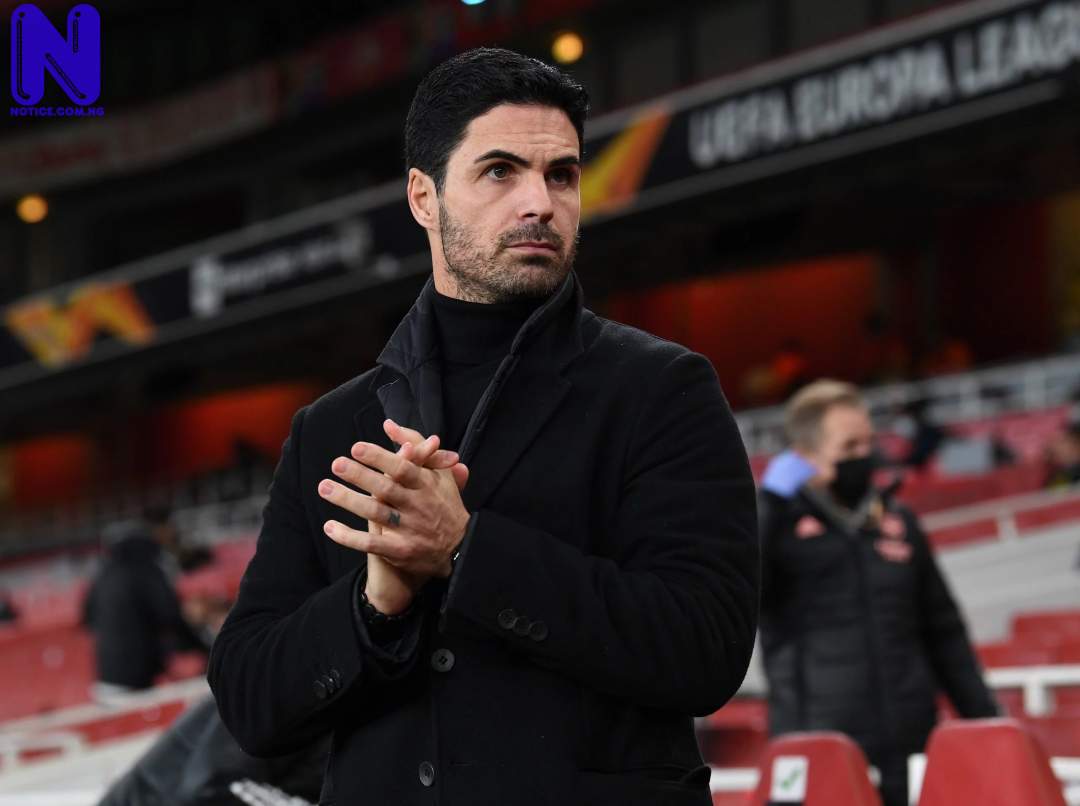 Arsenal head coach, Mikel Arteta has revealed his conversation with a young striker, Folarin Balogun over the player’s future, saying it was positive.
He said the club has met and had positive conversations with the Nigerian-born England youngster and his agent, and are working to extend his deal.
The teenager has just a few months left on his current deal hence the negotiation to keep him longer at the Emirates.
Talks between the player’s representatives and the club have been going on for a very long time with little progress, leading to speculation about a summer exit.
There are rumours that the player may leave the north London side.
Arteta was asked if the player’s action was a sign of distancing himself from the club.
“I wouldn’t say so,” Arteta told the press on Wednesday.
“I think I am pretty positive about it and every time I speak to him, he mentions the same thing, that he’s determined to stay here, that he wants to stay here.
“We have had some really positive conversations with his agent as well and Edu is in charge of that.
“He’s been spending a lot of time and energy to make that deal happen because it’s important for us to keep our talent in the house.
The Spaniard boss, in spite of that, vowed that the club will do everything to keep the player at the club.