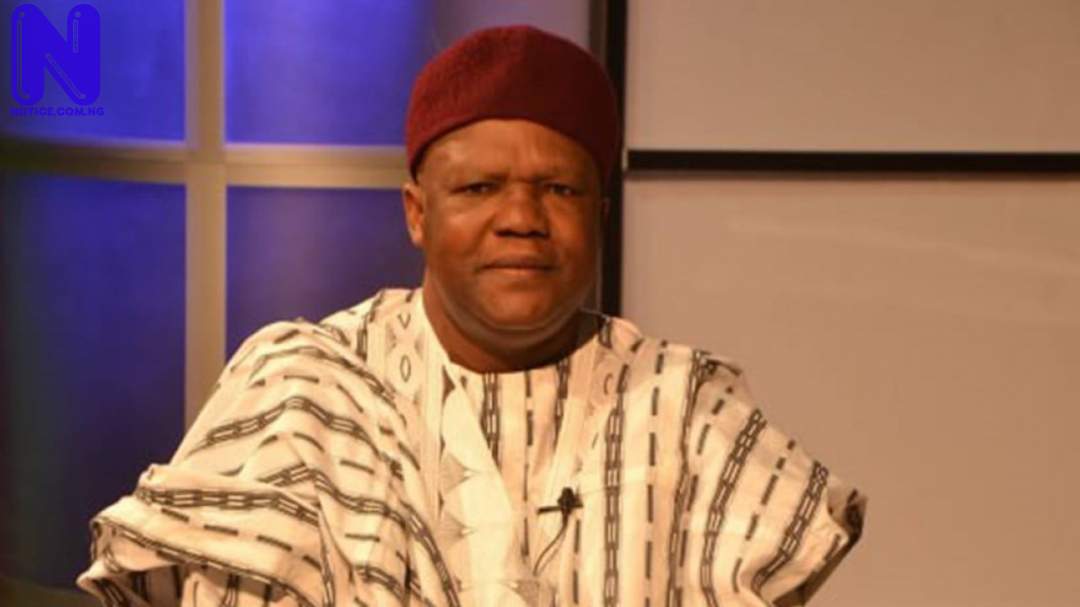 The Middle Belt Forum (MBF) has described the Ex-Deputy Governor of the Central Bank of Nigeria (CBN), late Dr Obadiah Mailafia, as the economist that was never afraid to speak truth to power, as he remained committed to the enthronement of justice and equity to all citizens across ethnic and religious divides.

The forum also described Mailafia as a man that was completely dedicated to the emancipation of ethnic nationalities from the clutches of oppression.

A statement issued by its National Publicity Secretary, Dr Isuwa Dogo, said, “While the above narration sums up the circumstances under which Dr Mailafia died, we still await the result of the actual cause of his death. As a nationalist and patriot that he was, Dr. Mailafia was completely dedicated to the emancipation of ethnic nationalities from the clutches of oppression. The economist was never afraid to speak truth to power just as he remained committed to the enthronement of justice and equity to all citizens across ethnic and religious divides.”

The forum recalled his patriotic zeal in standing up for truth and justice, adding that he was never a letdown in being at the forefront of showing the way for national greatness as he was willing to lay down his life for Nigeria.

It said it is inspired by his altruistic disposition and contributions to national development and remains proud of his footprints on the political, economic and social sands of the country.

The forum noted that as a Ex-presidential candidate in the 2019 poll, Dr Mailafia sought to deploy politics to bring about the dream he had for his country, stressing that even after he lost the election, he never let down the bar in demanding fair treatment for all Nigerian People.

According to the statement, “In the twilight of his life, this consummate technocrat and global scholar of repute beamed his searchlight on the raging insecurity ravaging our country. He expressed regrets over the government’s incapacity to rein in the activities of insurgents and criminal groups terrorising the nation.”

It stated that the death of the Ex-Deputy Governor of the Central Bank of Nigeria (CBN) at the University of Abuja Teaching Hospital Gwagwalada, Abuja came to the forum as a great shock, saying that as someone who relentlessly participated in the activities of the Middle Belt Forum (MBF), his untimely death has dealt a deadly blow on ethnic nationalities of not only the Middle Belt but the country at large.

Arising from various inquiries from Nigerian People over the circumstances of his death, the forum stated that Dr Mailafia arrived in Abuja last Sunday, September 12, 2021 from Akure and was received at the Nnamdi Azikiwe International Airport by his wife.

It said on arrival at home, the wife noticed he was not in the best of health conditions and seemed to be suffering from malaria, after three days of treatment without signs of improvement, he went to the CBN Hospital on Friday, September 17, 2021, where he was shabbily treated, adding that it took the intervention of a senior medic who immediately placed him on oxygen and admitted him.

It added that Dr Mailafia was later given the option of choosing three hospitals at Gwagwalada Hospital, National Hospital and EHA Clinics, but his wife opted for the third choice.

On arrival at the EHA Clinics, the statement explained that the wife was subjected to yet another moment of anxiety as it took a direct order from the top management of the hospital to accept him.

The statement explained that on Saturday, September 18, 2021, Dr Obadiah was transferred to Gwagwalada and on arrival, the name of the doctor that was billed to attend to Dr Mailafia was not on duty, pointing out that even when an attempt was made by foreign health consultants to save the situation, the doctor on duty got angry and said he was not obligated to listen to any foreign consultants that had been brought into the matter with the sole purpose of ensuring nothing goes wrong.

It stated that the wife of the Ex-CBN Deputy Governor was asked to pay the sum of N600,000 as a deposit even when it was a referral case, with an accruing medical bill to be settled by the CBN, adding that at a point, Dr Mailafia complained over his breathing problems and pleaded with the doctors to place him in a ventilator. The doctors flatly refused.

It explained that even after the doctors declared Dr. Mailafia dead, foreign consultants who were brought into the matter through Dr Mailafia’s son that is living abroad, had directed a family member who is a medical professional, with the wife of the CBN Deputy Governor, to mount pressure on the chest of Dr. Mailafia for resuscitation and thereafter place him on life support.

It added that the doctors in Gwagwalada refused all entreaties by the family members of Dr Mailafia to follow the advice of the foreign consultants, insisting that they have already pronounced him dead, stressing that even when the wife could feel the pulse of her husband, the doctor flatly declared there was nothing they could do since they had already pronounced him dead.