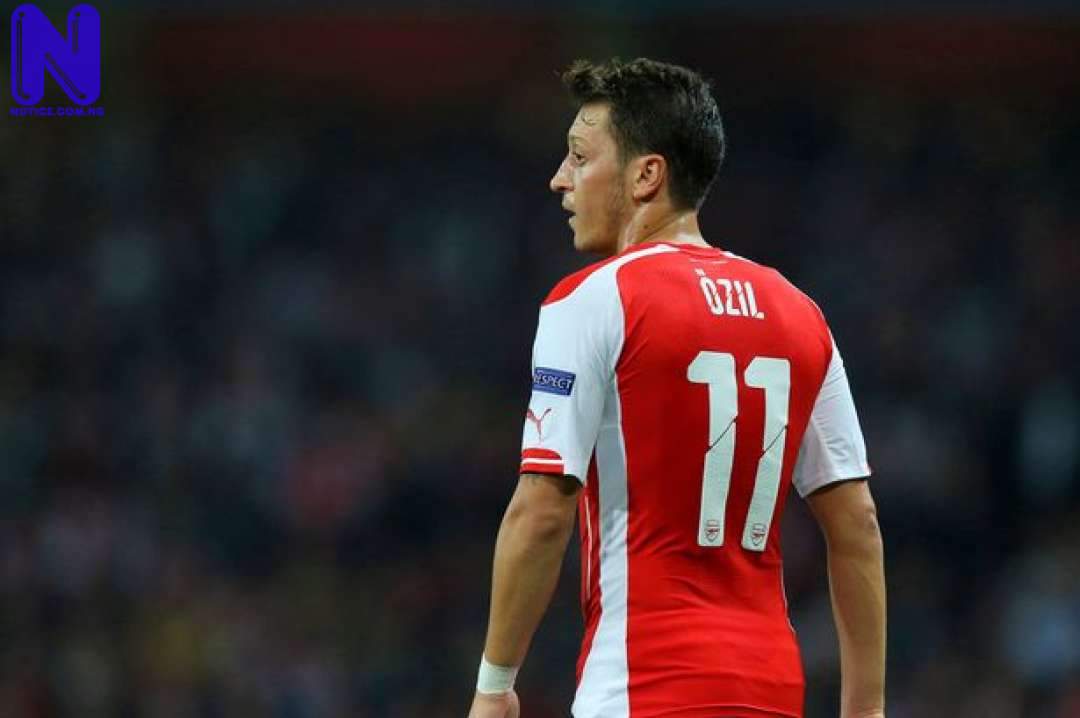 Arsenal star, Mesut Ozil has hit back at those who continue to suggest that he goes missing in big games.

The German World Cup winner has seen his consistency being questioned throughout a spell in north London, especially when the Gunners face fellow heavyweights.

in spite of that, Ozil believes he is being unfairly singled out when it comes to such showings, saying it is impossible for him alone to carry Arsenal against opponents that are stronger than them.

Speaking on claims that he struggles to perform when it matters most, the Arsenal playmaker told The Athletic Magazine: “It always happens that an ex-player stands there on TV and criticises me. Others just continue the theme and it gets in everyone’s heads.

“If we don’t do well in a ‘big’ game, it’s always my fault. If that’s true, how do you explain our results in the ‘big’ games when I wasn’t involved? There’s no real difference. I know people expect me to offer more, dictate play and make the difference – I do, too – but it’s not that straightforward.

“I’m not the only player in the team and, don’t forget, some of our opponents are simply better than us. Also, what is a ‘big’ or ‘small’ game? In the Premier League, anyone can beat anyone. Look at Wolves and Norwich beating Man City, or Newcastle and West Ham beating Man United.

“So you can’t say my good performances only came in ‘small’ games because these games don’t really exist. The intensity is there in every match and often the ‘small’ teams raise their standard against the ‘big’ teams.”

Ozil has also refuted suggestions that he looks for excuses in order to sit out certain fixtures, with illness having ruled him out of more games than Arsenal would have liked.

He added: “I also get really frustrated when I miss a game through illness and people question if it is genuine.

“Yes, it happened a few times – usually in the winter – but what am I supposed to do? If you knew me, you would know it takes a lot for me to miss a game and I have never used sickness as an excuse. Actually the opposite. I played many games when I was ill or had injuries.

“Before the Champions League game against Bayern Munich [in March 2017], I was sick and Arsene [Wenger] told me I was not in the squad because of that. The next morning, the guys from Arsenal called me and said, ‘Listen, you have to come to the stadium, you have to be in the squad’. Despite my illness, I joined the squad and played the last 20 minutes.

“Most players don’t play when injured or sick – it influences your game, you can’t give everything – but I was always available unless it was impossible.”

Ozil is fit and healthy at present but is struggling to earn regular game time under Unai Emery.

He has been restricted to just two appearances this season, and 71 minutes of Premier League football, with questions, once again being asked of his future heading towards another transfer window.