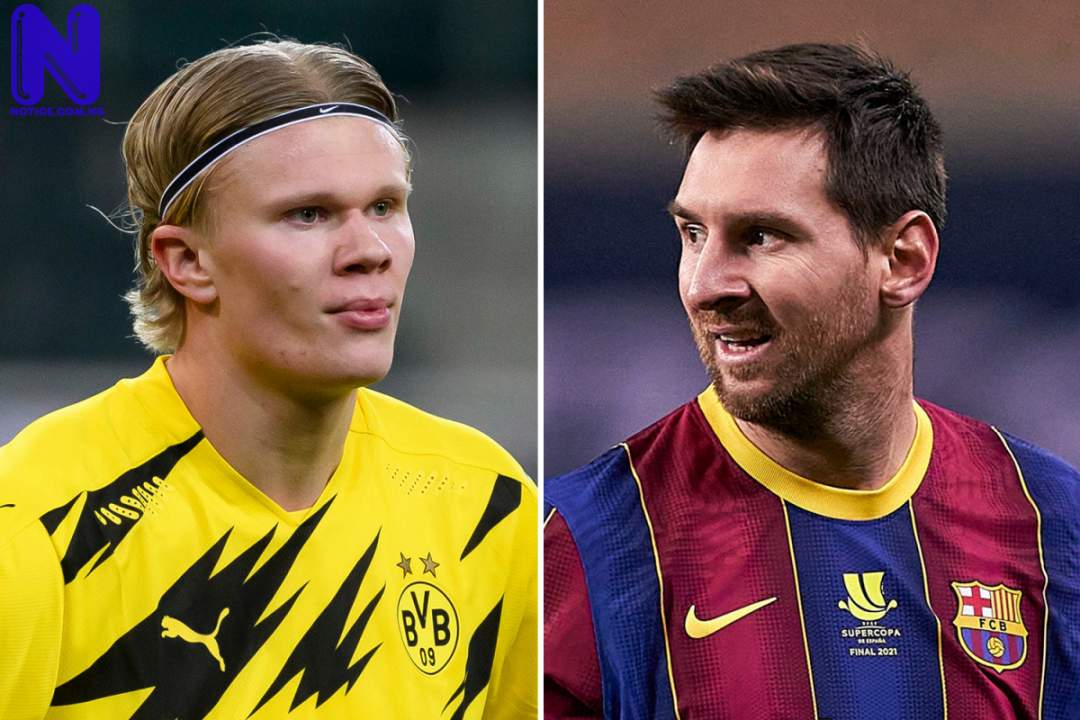 Barcelona captain, Lionel Messi, would be willing to accept a salary cut, if that means the club can pursue Borussia Dortmund striker Erling Haaland, As stated by Eurosport.

Messi has been informed by new president, Joan Laporta, that he may have to accept a slash in his wages, in order to renew beyond 2021.

The Argentine is however more concerned about Barca’s plans in the summer transfer market.

DO YOU KNOW >>> Juventus faces threat of expulsion from Serie A

But Messi’s main priority is ensuring Barca are ambitious in the upcoming transfer window.

Borussia Dortmund striker, Erling Haaland, is on Barcelona’s radar as they continue their search for a new striker.

Inter Milan’s Lautaro Martinez was previously their top target and there is still rumour of Sergio Aguero joining on a free transfer from Manchester City this summer.

But Haaland has jumped to the top of Barca’s shortlist concerning his impressive performances for Dortmund this season, with Messi keen to link up with the youngster at the Nou Camp.