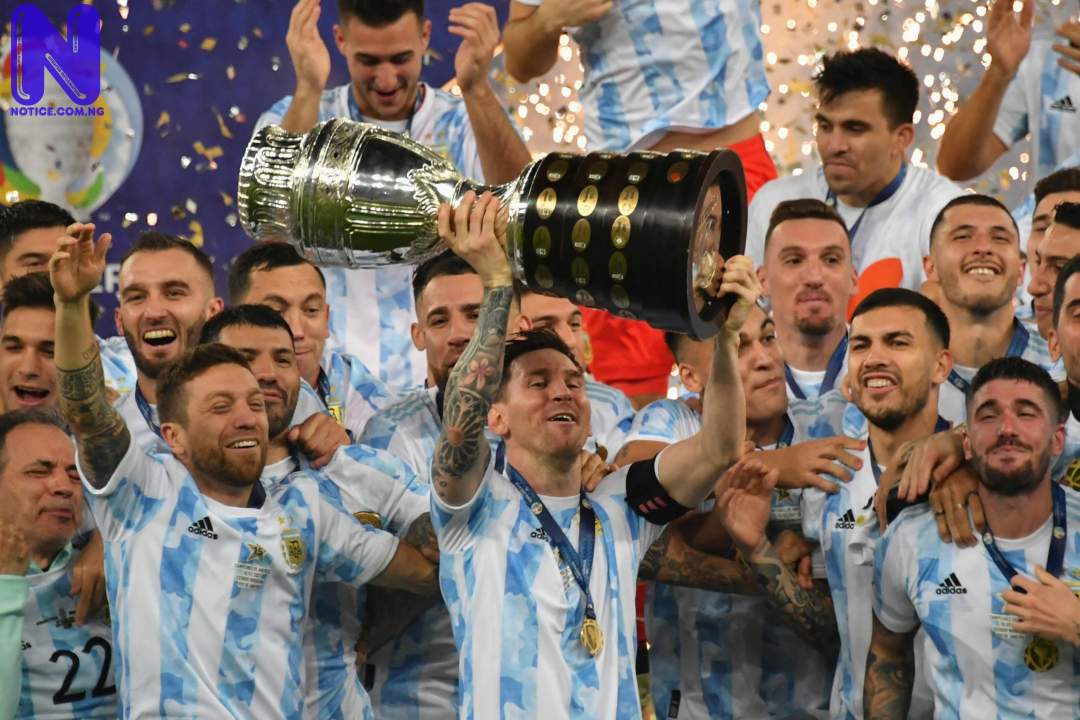 Argentina captain, Lionel Messi, has paid tribute to God as they defeated Brazil 1-0 in the final to win the Copa America on Sunday morning.

Angel Di Maria scored the only goal of the match in the first half as Argentina defeated Brazil at the Maracana Stadium.

The Paris Saint-Germain midfielder, who was promoted to the starting line-up for the final match, coolly lobbed over Brazil goalkeeper Ederson for the 22nd-minute winner.

The triumph also marks Messi’s maiden piece of major silverware with Argentina, with the six-time Ballon d’Or winner dominant throughout the tournament.

Messi also finished Copa America 2021 with the most goals (four) and most assists (five).

The Barcelona captain wrote, “What a beautiful madness !!! This is amazing, thank you God !!! WE ARE CHAMPIONS THE SHELL OF YOUR MOTHER !!!!!! Come on; damn!.”