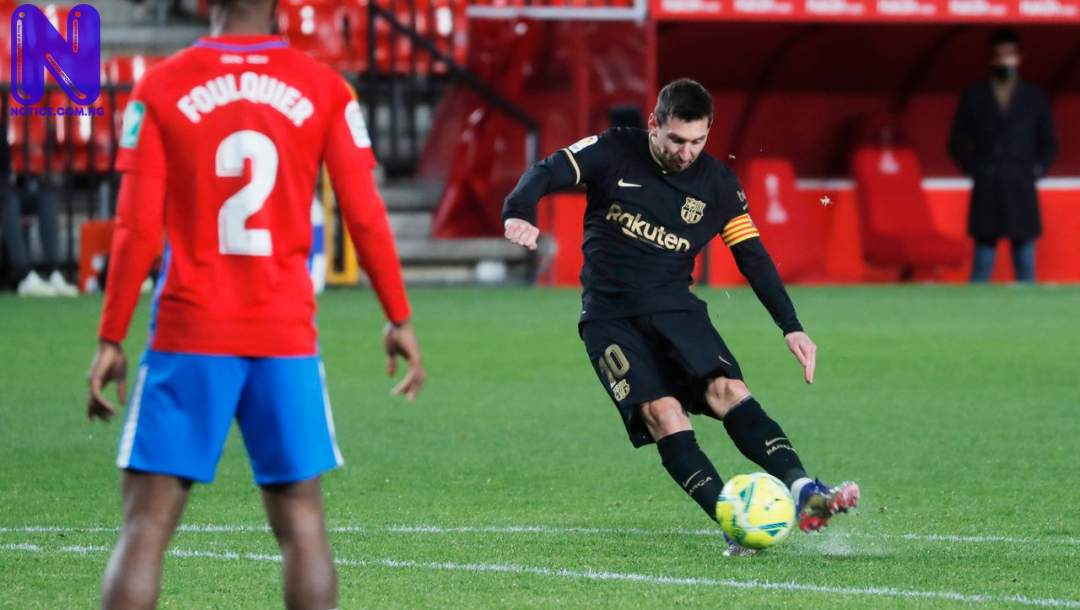 Barcelona captain, Lionel Messi, on Saturday, overtook Juventus forward, Cristiano Ronaldo’s direct free-kick goals record.
Messi achieved the record after scoring a free kick in Barcelona’s 4-0 win over Granada.
Two goals each from Messi and Antoine Griezmann gave Barcelona all three points against Granada at Los Cármenes Stadium.
Messi’s free-kick goal against Granada means the 33-year-old has now scored 48 direct free-kick goals for Barcelona in all competitions (37 in LaLiga), one more than Ronaldo (47, 32 in league) in his professional club career so far, As stated by Opta Jose.
Messi will now hope to continue his remarkable form for Barcelona when they face Real Sociedad in the Spanish Super Cup on Wednesday.
The victory against Granada means Barcelona are now in the third position on the La Liga table with 34 points from 18 games.