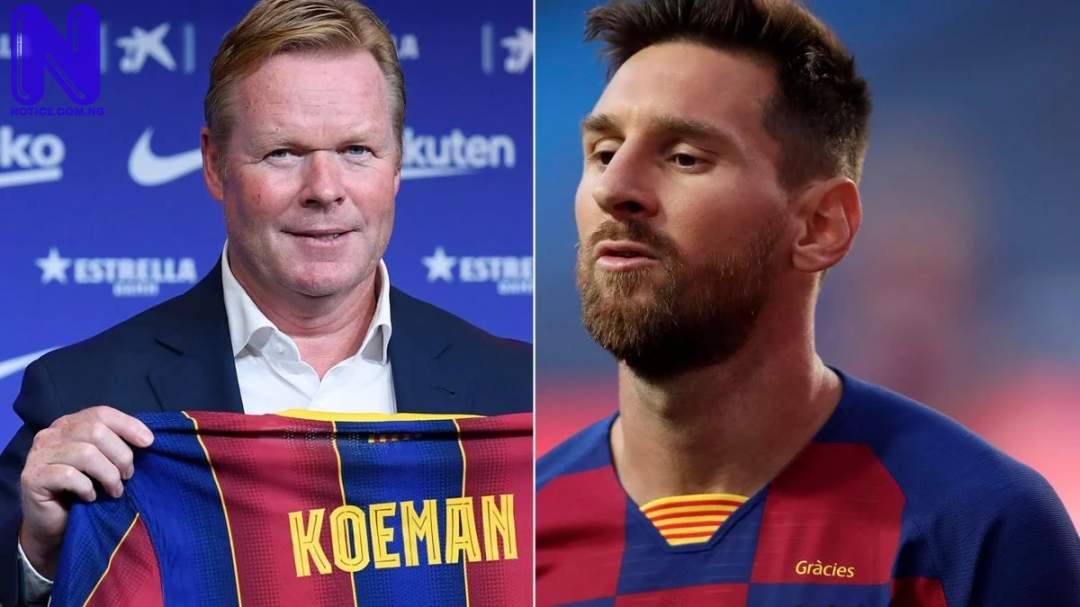 Barcelona’s new manager, Ronald Koeman, is already at loggerheads with captain Lionel Messi, over changes to the squad, As stated by Diario GOL.
Koeman wants Messi’s friend, Luis Suarez, to leave the club with Juventus keen on the player.
Barca are demanding a fee from Juve, but Suarez wants to be released and join the Serie A giants as a free agent.
It is however believed that his probable departure is one of the reasons why Messi wanted to leave.
Messi has since made a u-turn and will stay for the 2020/2021 campaign.
However, the 33-year-old has been recommending Lautaro Martinez to the Barcelona board for several months, but that too seems an issue right now.
Koeman is not keen on Martinez, because of the huge costs involved in a potential transfer.
Instead, Koeman has asked the club to pursue the much cheaper signing of Memphis Depay from Lyon.
Depay is capable of playing in a central role or as a left winger.
His arrival will see Antoine Griezmann most likely return to his preferred position and therefore, a striker may not be really needed.
Messi is not a big fan of Depay and wants the club to go for Martinez.