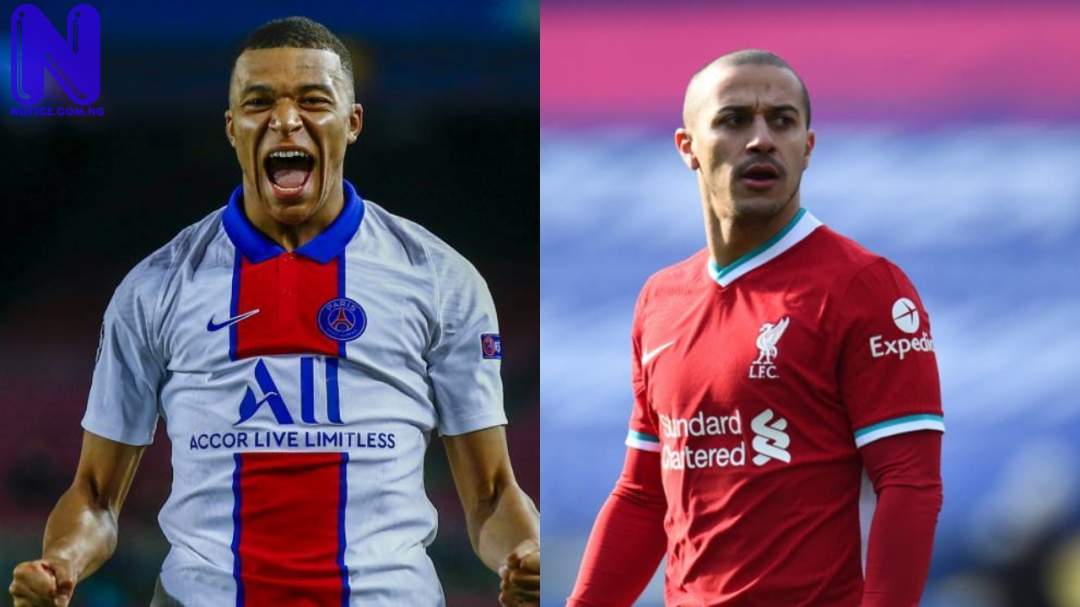 On Tuesday night, Paris Saint-Germain forward, Kylian Mbappe, made history following his side’s Champions League 4-1 win over Barcelona at Camp Nou.
PSG defeated Barcelona at Camp Nou, thanks to Mbappe’s hat-trick and a goal from Moise Kean.
Lionel Messi did score a goal for Ronald Koeman’s men.
According to OptaJose, Mbappe’s three goals against Barcelona means the France World Cup winner has now become the third player in the Champions League history to score a hat-trick against the La Liga giants after Faustino Asprilla of Colombia and Andriy Shevchenko of Ukraine in 1997, both scoring in the group stage.
Meanwhile, Liverpool midfielder, Thiago Alcântara, also made history on Tuesday night following his side’s 2-0 win over RB Leipzig in the Champions League round of 16, first-leg tie at Puskás Aréna in Hungary.
Liverpool defeated the Bundesliga side, thanks to two goals from Mohamed Salah and Sadio Mane.
Liverpool’s win over Leipzig means Thiago, has now won each of his last 11 Champions League games, the longest winning streak by a Spaniard in the competition’s history alongside Javi Martínez (November 2020) and Dani Carvajal (April 2018).