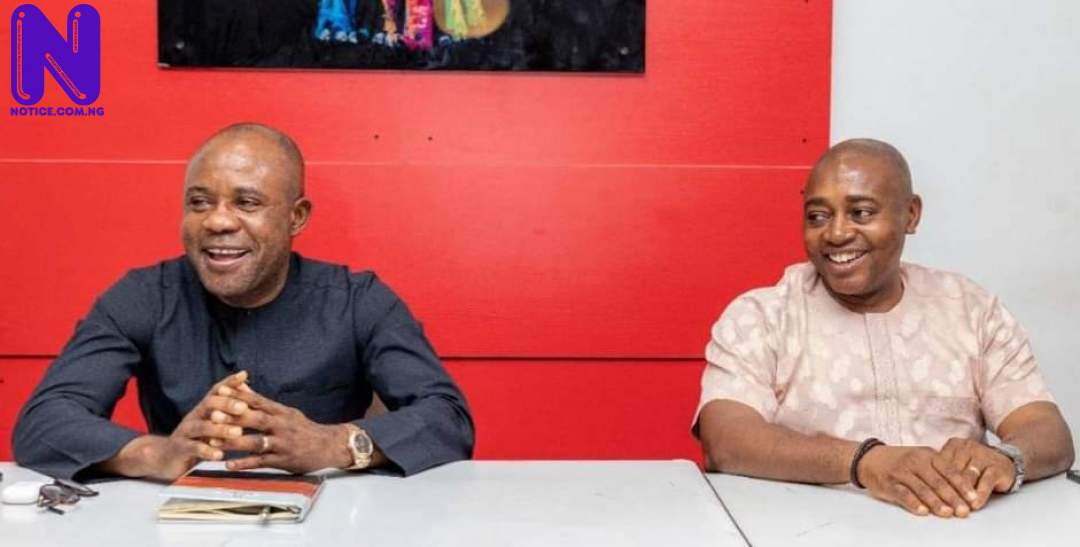 The Peoples Democratic Party (PDP) has expressed delight at the emergence of Barr. Ifeanyi Ossai, a young and brilliant lawyer, as the running mate to the party's governorship candidate in Enugu State, Barr. Peter Ndubuisi Mbah.

It said the joint ticket will guarantee the sustenance of the enviable legacies of Governor Ifeanyi Ugwuanyi's administration anchored on peace, security and good governance.

In a statement by the Chairman of the PDP in Enugu State, Hon. Augustine Nnamani, the party congratulated Barr. Ossai on his emergence as the party’s deputy governorship candidate, and went further to commend Barr. Mbah for his forthrightness and wisdom in choosing him based on his integrity, competence and commitment.

The PDP State Chairman thanked Gov. Ugwuanyi for his effective leadership role which he (Nnamani) said was responsible for the peaceful conduct of the PDP primary elections in the state and the emergence of the party's governorship candidate, Mbah, and other flag bearers of the party.

Hon. Nnamani stated that the party is convinced that Mbah as a humble, peaceful, visionary, God fearing and young entrepreneurial intellectual will sustain the worthy legacies of Gov. Ugwuanyi who he (Nnamani) said has done a lot to entrench peace and good governance in Enugu State, in spite of the nation's economic, security and public health challenges.

He expressed optimism that Mbah as a brilliant lawyer and dedicated party man will uphold the manifesto of the PDP and the policy thrust of the present administration, if elected as governor of Enugu State.

"The PDP leadership in Enugu State is delighted at the nomination of Barr. Ifeanyi Ossai, another young and brilliant lawyer and dedicated party man as the running mate to our governorship candidate, Barr. Peter Ndubuisi Mbah.

"We are delighted because Ossai's emergence will boost the resolve of our governorship candidate, Barr. Peter Mbah, to sustain the enduring legacies of our leader and Governor of Enugu State, His Excellency, Rt. Hon. Ifeanyi Ugwuanyi.

"We deeply appreciate the sacrifice and steadfastness of our governor in ensuring that the people of Enugu State, including those in the rural areas, enjoy peace and good governance in spite of the numerous challenges confronting our country.

"The PDP family commends Barr. Mbah for his choice of running mate. We congratulate Barr. Ossai on his emergence which is well deserved and we profoundly appreciate the leader of our great Party in Enugu State, Governor Ifeanyi Ugwuanyi for his effective leadership role in the emergence of our governorship candidate and other party's candidates for the 2023 general elections", Hon. Nnamani said.

Recall that Mbah in his acceptance speech as the PDP governorship candidate promised to build on the achievements of Gov. Ugwuanyi's administration and serve the people of Enugu State with humility and moderation, openness and inclusiveness, simplicity and forthrightness.

He equally expressed profound gratitude to Gov. Ugwuanyi for enhancing the democratic process of his emergence.