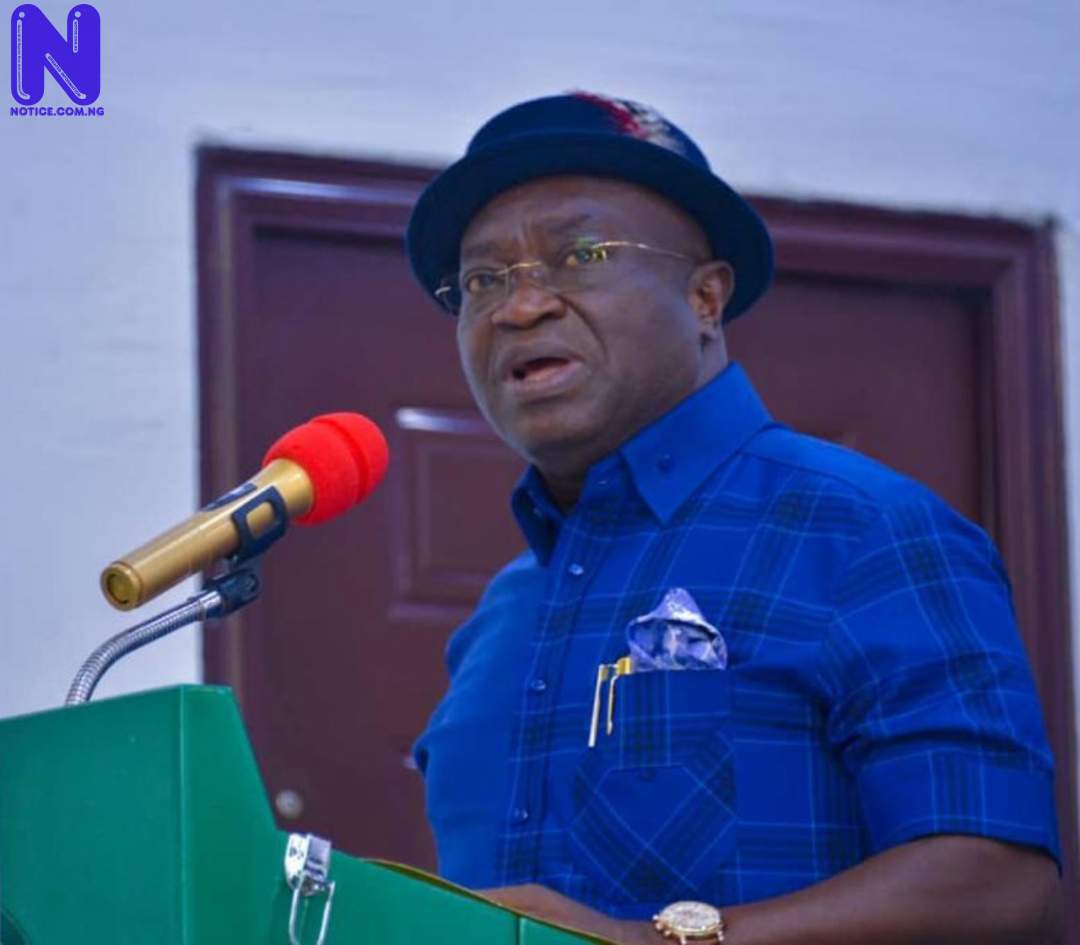 The Abia State Government has replied Alex Otti, a renowned economist and a chieftain of the All Progressives Congress (APC), for dragging Governor Okezie Ikpeazu-led administration on the management of the N22bn Paris Club Refund.

The State's Commissioner for Information, Chief John Okiyi Kalu, in a statement on Tuesday, told Otti and the APC that the matter is still in court, pending the outcome of the Economic and Financial Crime Commission (EFCC) investigation.

Press reports that Otti had expressed concern over the deteriorating state of affairs in Abia and declared that the state was dangerously sitting on the edge of a precipice.

Otti’s declaration came on the heels of the ongoing blame games by some present and past officials of the Abia State Government over the management of the N22 billion Paris Club Refund to the state by the Federal Government between 2016 and 2017.

Governor Okezie Ikpeazu’s Ex-Commissioner for Finance, Mr. Obinna Oriaku had last week made damning revelations on how the ex-governor, Theodore Orji’s government received the sum of N8.2 billion Paris Club Refund during his tenure without no record to show how the money was utilized.

The statement read in part, “Our attention has been drawn to a press release by the two time defeated APGA governorship candidate in Abia State, Mr Alex Otti, who has since abandoned the party that made him to join APC, on the management of Paris Club Refund to the state wherein he tried very hard but vainly to drag the Governor Okezie Ikpeazu-led administration into what he clearly knows nothing about.

“In the first instance, Otti who copiously cited the yet to be verified allegations of his Ex-colleague at First Bank and fellow APC Chieftain, Mr Obinna Oriaku, who served as commissioner for finance Abia, against a previous administration Abia failed the test of altruism by deliberately refusing to mention throughout his long and rancorous epistle that same individual exonerated Governor Ikpeazu and his administration from any wrong doing in the management of the Refunds.

“Oriaku also stated that while the greater chunk of the funds were applied to settlement of some arrears of pensions and salaries, it was still not enough to settle all the arrears, some of which date back to the military era and other administrations before the emergence of Governor Ikpeazu.

“As already available in the public domain, we received three tranches of Paris Club Refund of N10.6bn N5.7bn and N5.7bn. As stated by Mr Oriaku, "the Paris Refund came in three trenches of N10.6bn, N5.7bn and N5.7bn. All these funds except N1.7bn were used exclusively for payments of arrears owed Abia State workers partly before the Ikpeazu administration.

“It’s laughable that Otti believes the state government should now re-investigate matters before the EFCC or courts even after his primary source, Oriaku, stated publicly that our administration didn’t endorse any contract with the named aggrieved consultant and that, indeed, Governor Ikpeazu refused to pay any 30% or 20% of it to anyone.

“Whatever role played by anybody in the recovery of Paris Club Refunds to Abia must have been stated in whatever contract document Mr Otti and Oriaku made reference to, which the current administration refused to pay. It’s therefore not our duty to re-litigate a matter that’s before the courts and the EFCC.