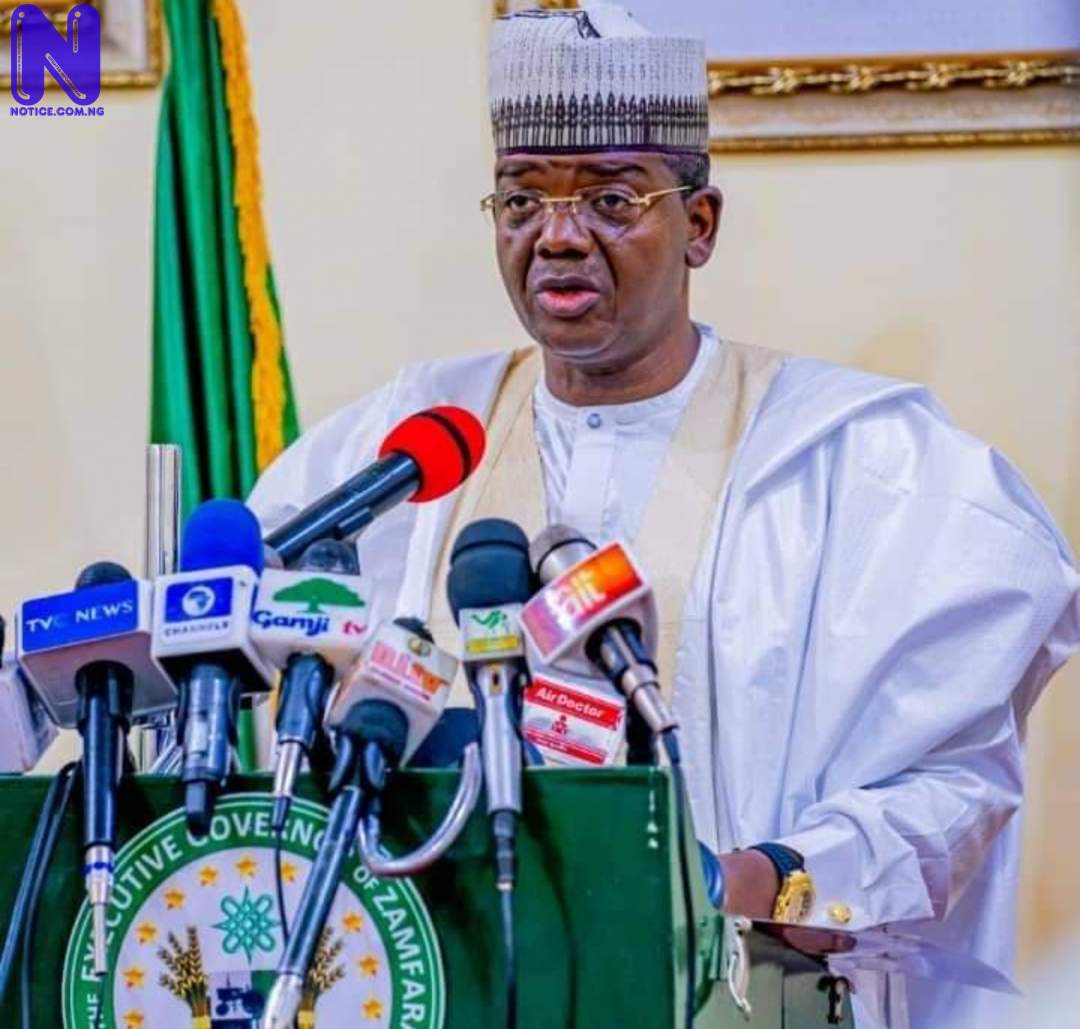 Zamfara State Governor, Bello Mohammed Matawalle has said that fake news has serious disadvantages, cautioning media practitioners to avoid its spread so that society is not destroyed.

Matawalle said this while speaking at the first preelection lecture with the topic ‘Effect of Fake News on Security’ organized by the Correspondents’ Chapel of the Nigeria Union of Journalists (NUJ) Zamfara State Council for the chapel’s 2021 elections.

Governor Matawalle who was represented by the Special Adviser on Security, DIG Mamman Tsafe (Rtd), said that fake news is a lethal bomb that can destroy beyond imagination and therefore the need for the media operatives to avoid fake news for the development of the country.

DO YOU KNOW >>> Buhari told to apologise for killing El-Zakzaky’s six children, detaining him for 6 years

“I urge you as trained journalists not to involve yourselves in sharing news items that are not verified as such news might be fake and this can lead to loss of lives and property of the people,” the Governor added.

However, the Dean Student Affairs, Federal University, Gusau, Professor Muhammad Lawal Mayanchi described fake news as false, misconceived and misleading information tendered as news which In most cases is used as deceptive tactics to cover falsehood.

The professor explained that fake news is at most times invigorated, spread or enforced by tribal, religious and territorial forces or affiliation to cause political or security disturbances.

“Fake news could be defined as false, misconceived and misleading information tendered as news. In most cases it is used as deceptive tactics to cover falsehood,” he said.

Professor Mayanchi noted that fake news has three characteristics which are :Factually inaccurate, optimized for sharing and meant to obscure or distort emotions; preying on prejudice or bias.

Professor Mayanchi urged media practitioners not to let themselves be used by self seeking or power drunk individuals to achieve their selfish aims through the spread of fake news.

“To curb polarisation of fake news, individuals should also stop editing and forwarding news without official information from the government,” he warned.

Earlier, the Chairman of the Correspondents’ Chapel Election Committee, Comrade Ibrahim Kanoma said the preelection lecture was to educate journalists and the public about the dangers of fake news particularly on security.

“We believe that to curb insecurity, fake news must be avoided no matter what as it is responsible for most of the violence in the society,” he said.

The lecture was attended by security agencies, politicians and Zamfara state political appointees amongst others.