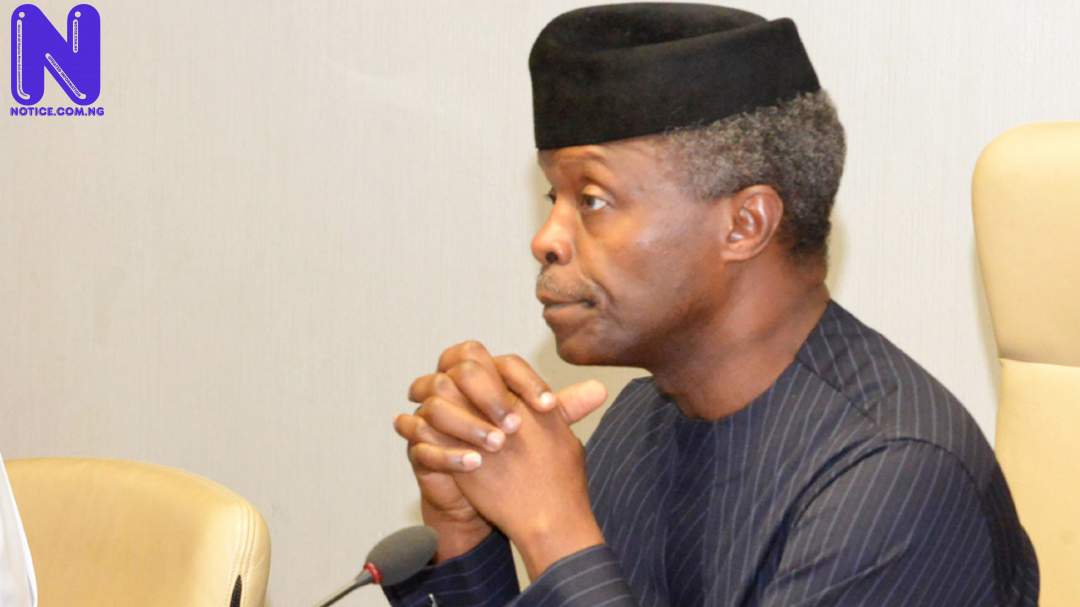 The Movement for the Actualisation of the Sovereign State of Biafra, MASSOB, has reacted to the sack of some aides attached to the office of the Vice President, Yemi Osinbajo.

MASSOB advised Osinbajo to resign rather than remain the object of ridicule in the Presidency.

President Muhammadu Buhari, prior to his private trip to London hadapproved the disengagement of some of Osinbajo’s aides.

in spite of that, the group’s National Leader, Uchenna Madu insisted that no Vice President has been humiliated like Osinbajo in the history of Nigeria.

In a statement he signed, Madu also faulted the Chief of Staff to the President, Abba Kyari’s decision to travel to London to get a bill signed into law by Buhari.

Madu said: “The act of signing a bill in faraway London smacks of irresponsible leadership and a denigrating act of sabotage against Nigeria’s sovereignty.

“And of course, it implies that Buhari may not be coming back any time soon.

“Buhari seeks to regulate the overseas travel of his cabinet members, yet he is always found overseas at the slightest excuse.

“Osinbajo, a Professor of Law, should save his face at least; and if there is any selfdignity and integrity left, he should be bold enough to walk away from such well says orchestrated plot to subjugate and humiliate him publicly while the president watches on.

“This is yet another proof that the Fulani oligarchy has used the Yorubas to clinch power. And it is obvious that they will never relinquish power to any Yoruba man. Osibanjo should tread the path of honour and resign now if he really has some integrity in him, or they will run him out.”