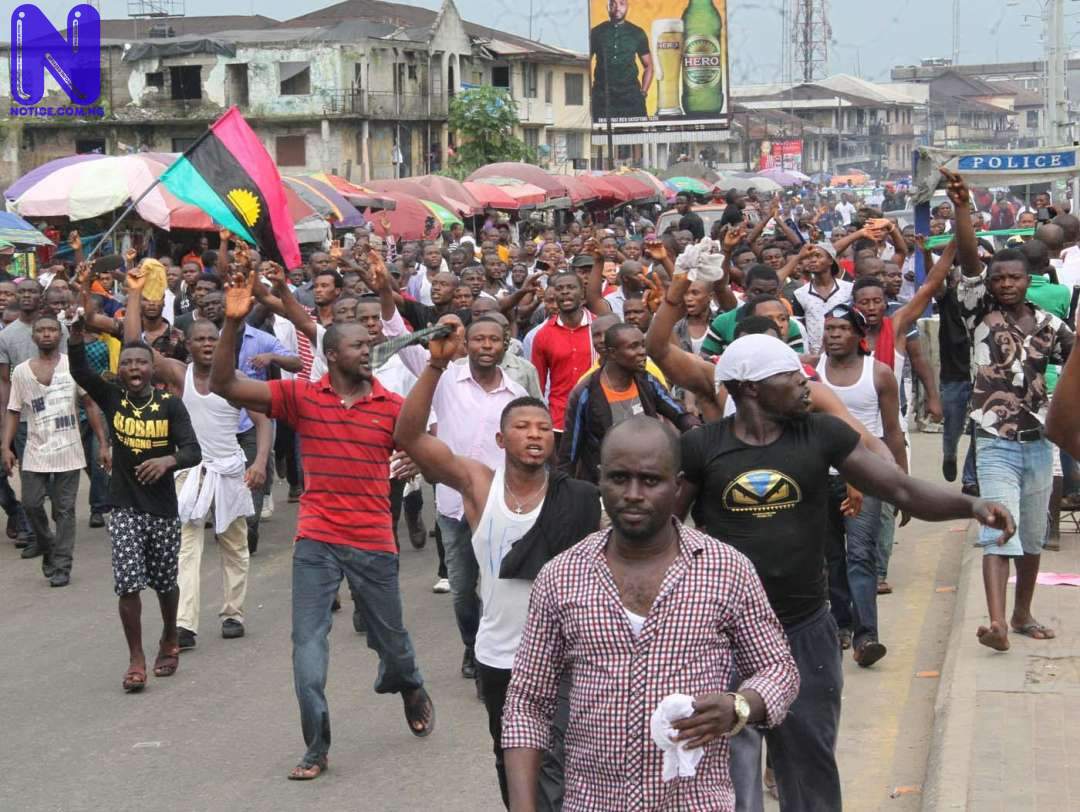 The leader of the Movement for the Actualization of the Sovereign State of Biafra (MASSOB), Mr Uchenna Madu has accused the federal government of being responsible for the attacks in Igboland.
The group claimed it discovered the truth of the attack from its intelligence agency, stressing that the attack was undertaken by the government to discredit the struggle for freedom and portray the Southeast and the secessionist as violent.
In a press statement made available to Press in Awka and signed by Madu, the group condemned recent attacks in the zone, saying the attacks had nothing to do with the struggle for Biafra.
“MASSOB condemned the terrorist attack against Chukwuma Soludo at Isuofia, we equally condemned the unwarranted killings of Ebonyi state indigenous citizens by Fulani terrorist herdsmen, MASSOB condemned in totality, the breaking of Owerri prison by the so-called unknown gunmen.
“Through MASSOB intelligence Agency, we found out that all these attacks are sponsored and executed by the federal government of Nigeria through their protected militiamen called bandits and unknown gunmen.
“Their primary aim is to discredit non-violent pro-Biafra freedom fighters like MASSOB and IPOB. They want to create an erroneous impression that pro-Biafra agitators have turned violent and militant.”
The group wondered how untrained persons with no military training could overpower the entire security apparatus of Nigeria in the South East.
It also wondered why there was no security resistance during the breaking up of Owerri prisons and the Imo State police headquarters in an operation that lasted more than one hour.
The group said, “Nigeria military cantonment, Obinze Owerri is seven minutes drive to the scenes of the crime, Imo State MOPOL base is three minutes drive to the scenes of the crime but no resistance from security agencies.
“The terrorist attacks in Owerri are part of the ongoing destructive measures by the President Muhamadu Buhari led administration to discredit and blackmail the pro-Biafra organizations to create an erroneous impression that Biafrans are waging war against Nigeria.”
MASSOB further advised Governor Hope Uzodinma to stop heaping blames on IPOB or ESN or any other pro-Biafra organization, saying that freedom agitators are not responsible for all the criminal activities in Igbo land.