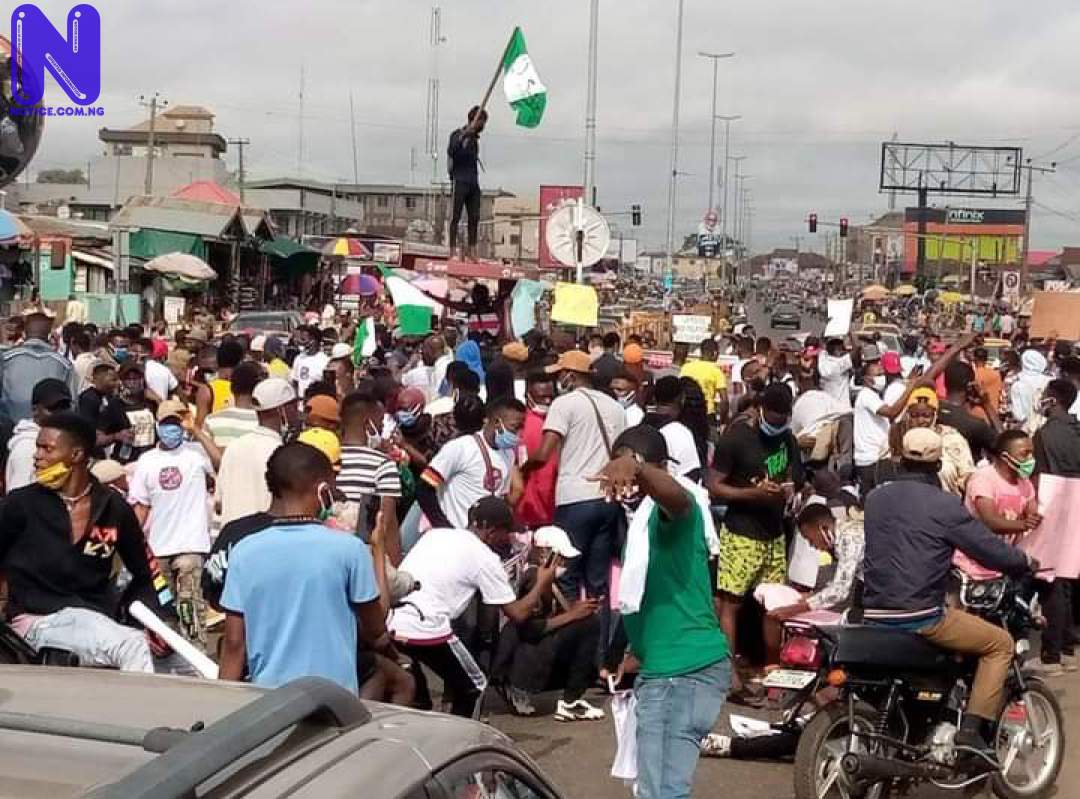 The End SARS protest spreading like wildfire across the country on Tuesday hit Akure, the Ondo State capital.
Youths from various communities and towns of the state converged on the state capital to join their voices with that of their counterparts in various parts of the country who are demanding total scrapping of what has been described as the most dreadful and deadly unit of the Nigeria Police.
Among the agitations of the youths was an end the brute force employed by security agents in the course of arrest.
The peaceful protesters partially slowed down vehicular movement along the popular Oba Adesida says Oyemekun road before going to Alagbaka axis of the state.
While chanting End SARS songs, the protesters expressed their nasty experiences with SARS officers.