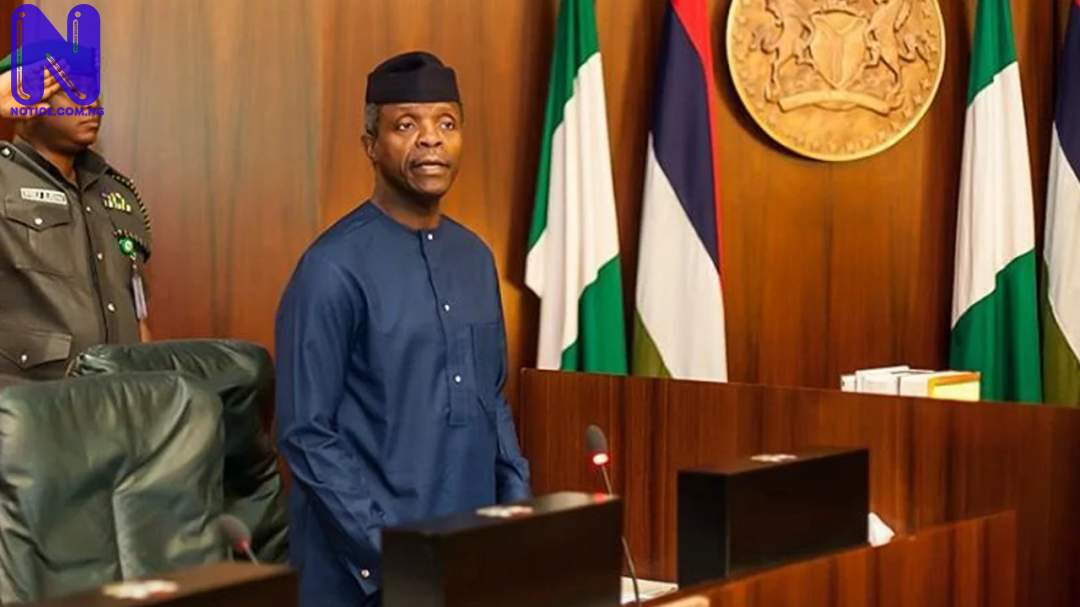 President Muhammadu Buhari, on Tuesday at the Presidential Villa, Abuja, received Vice President Yemi Osinbajo, who updated him on the progress so far in the implementation of the Economic Sustainability Plan (ESP).
Osinbajo’s spokesman, Laolu Akande, in a statement, said it was the duo’s first official meeting for the year.
Buhari had in 2020 mandated Osinbajo, as chair of the Economic Sustainability Committee (ESC), to coordinate the implementation of the ESP aimed at cushioning the economic effects of the COVID-19 pandemic.
Osinbajo said that three months into the implementation of different components of the ESP: MSMEs Survival Fund; Solar Home System, Social Housing Scheme, among others, Nigerian People across different sectors had been impacted.
He explained that under MSMEs Survival Fund, more Nigerian People had received Transport Grants, Payroll Support payments and Artisans.
“For the Payroll Support track of the Survival Fund, a total of 277,628 beneficiaries drawn from 56,575 businesses have now been paid.
“This total number includes the batch of 20,614 beneficiaries recently paid for October and 257,014 beneficiaries that were paid for November and December.
“A breakdown of the 257,014 beneficiaries shows that N30, 000 each was paid to 222,466 beneficiaries as November and December payments while N50, 000 each was paid to 34,548 beneficiaries as November and December salaries.
“Out of the total number, three per cent are beneficiaries with special needs, while 43 per cent are female employees/beneficiaries,’’ he revealed.
The vice president disclosed that the enumeration of prospective beneficiaries for the Transport Support Track, which was launched last December, was still ongoing.
He said that payment of N30,000 each, to 333,000 artisans across Nigeria is in progress with payments already made to verified beneficiaries in states under streams 1, 2, and 3.
Osinbajo mentioned the states as FCT, Lagos, Ondo, Kaduna, Borno, Kano, Anambra, Abia, Bauchi, Delta and Plateau under stream 1.
Others are Taraba, Bayelsa, Edo, Ogun, Kwara, Enugu, and Ebonyi, Adamawa, Ekiti, Katsina, Kebbi and Kogi under stream 2.
Also, Akwa-Ibom, Yobe, Sokoto, Nasarawa, Niger, Imo, Oyo, Osun, Jigawa, Cross River, Zamfara, Benue and Gombe under stream 3.
According to Osinbajo, the Solar Home System aimed at connecting 5million households in off-grid and underserved communities to electricity was ongoing.
“The process of installing N140billion Solar Home System that will cover up to five million households has begun and served about twenty-five million individuals in rural areas, and urban communities has begun with the enlistment of solar assembling companies and components manufacturers as well as solar servicing firms.
“Under the scheme, the Central Bank of Nigeria (CBN) will make available funds to private companies involved in the manufacture, installation, servicing of the solar systems, at rates ranging between five and 10 per cent.
“An important aspect of the scheme is the option of outright ownership by beneficiaries at a cost ranging from N1,500 per week to N4,000 monthly depending on the capacities, for a period of years,’’ he said.
The vice president also said that the plan by the Federal Government to support 1.5 million Nigerian People to acquire low-cost houses under the Social Housing programme of the ESP was on course.
He said that the portal for application by prospective beneficiaries was launched in December 2020 alongside the prototype 1-bedroom and 2-bedroom units.
More so, the vice president held a virtual meeting with the management of the North-East Humanitarian and Innovation Hub (NEHIH).
Osinbajo pledged the support of the Federal Government and the National Economic Council (NEC) in the establishment of a Social Innovation and Research Institute (SIRI), an initiative of NEHIH aimed at developing skills and building capacity for social innovation.
He said that the idea of establishing a centre for social innovation as conceived by the NEHIH was commendable.