Many Killed in Osun tanker explosion 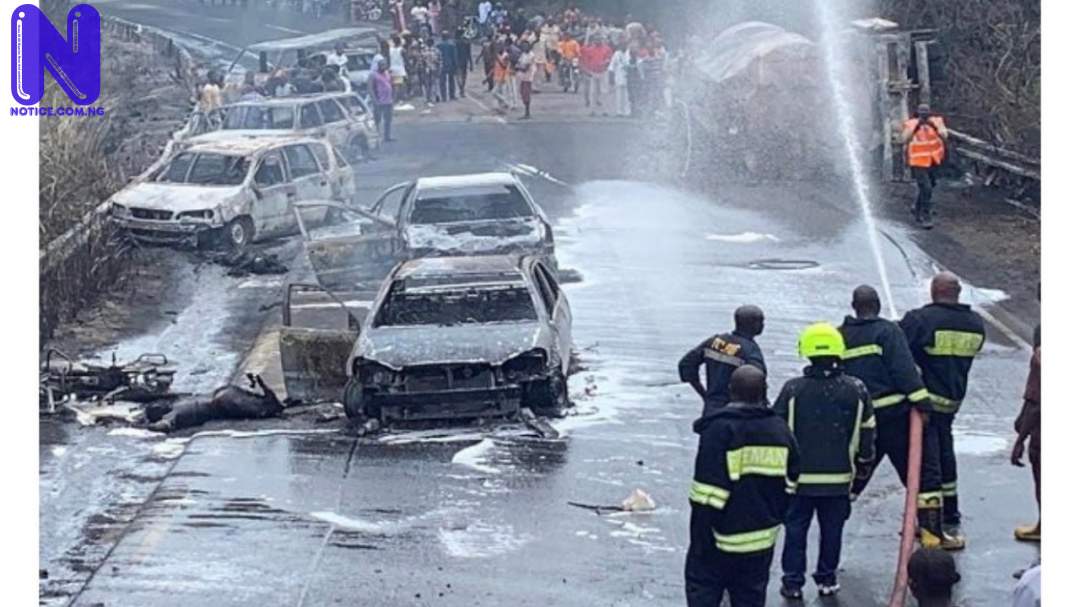 More than 20 people are feared dead following a fuel tanker explosion at Igbelajewa area, along Ilesa-Akure expressway in Osun State.
The Public Relations Officer of the FRSC, Mrs Agness Ogungbemi, who confirmed the crash to newsmen, said the driver of a MACK Tanker loaded with diesel lost the control of the vehicle.
According to her, the vehicle fell on the road and caused fire which affected other vehicles.
The FRSC spokesperson said eight vehicles were involved in the accident.
She said those that sustained injury were rushed to RTC Clinic, Ipetu-Ijesa and Wesley Hospital, Ilesa for medical treatment.
However, she also noted that the exact number of those killed and injured were uncertain.