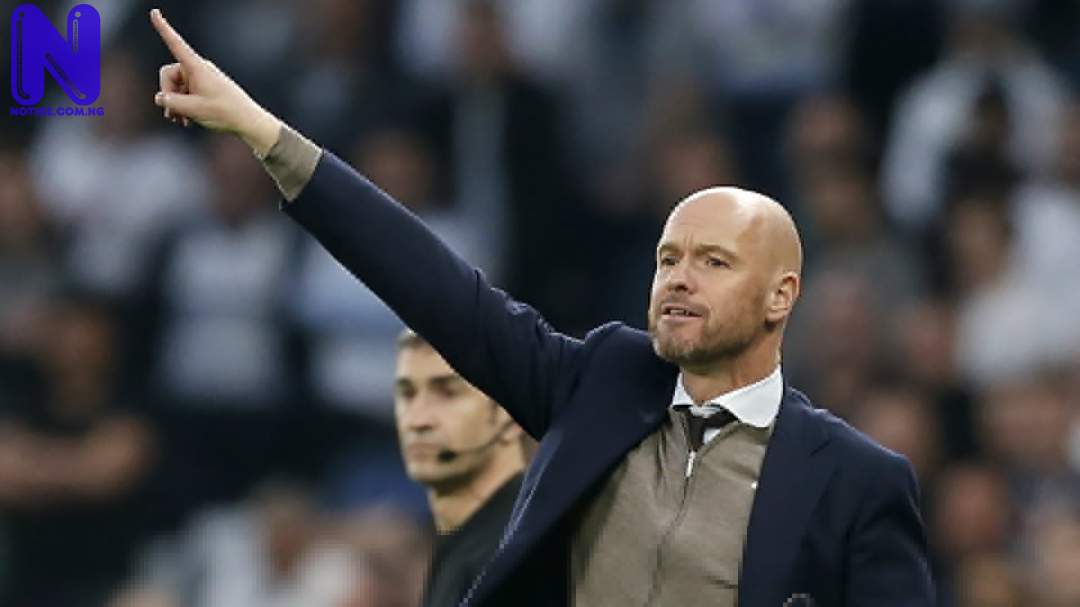 Manchester United have complimented their next manager, Erik ten Hag, hailing his achievements at Ajax in his near-five years in charge.

Reacting, Manchester United via a statement on their official website, gave a breakdown of the Dutchman’s achievements at Ajax and congratulated him.

“Ten Hag has a reputation as an attack-minded manager and that has certainly been evident with his side this term. Ajax have an impressive goal difference of 79, having scored 96 goals in the league so far.

“Perhaps even more impressive is the defensive resilience of Ten Hag's team. In 33 matches, Ajax have conceded a mere 17 goals, 15 fewer than the next nearest team.

“Off the back of the Dutchman's latest success, we look forward to welcoming Ten Hag to Old Trafford next season. Congratulations, Erik!”

Meanwhile, having failed to qualify for the Champions League, Manchester United are now in the chase for Europa League place next season.

The Red Devils are currently sixth in the league table, but will have to win their remaining two matches to stand any chance of playing in the Europa League or they could have their first ever experience in the UEFA Europa Conference League.

With the Red Devils having struggled all season, Ten Hag is expected to come in and turn things around at Old Trafford and return the Theatre of Dreams to its past glory.