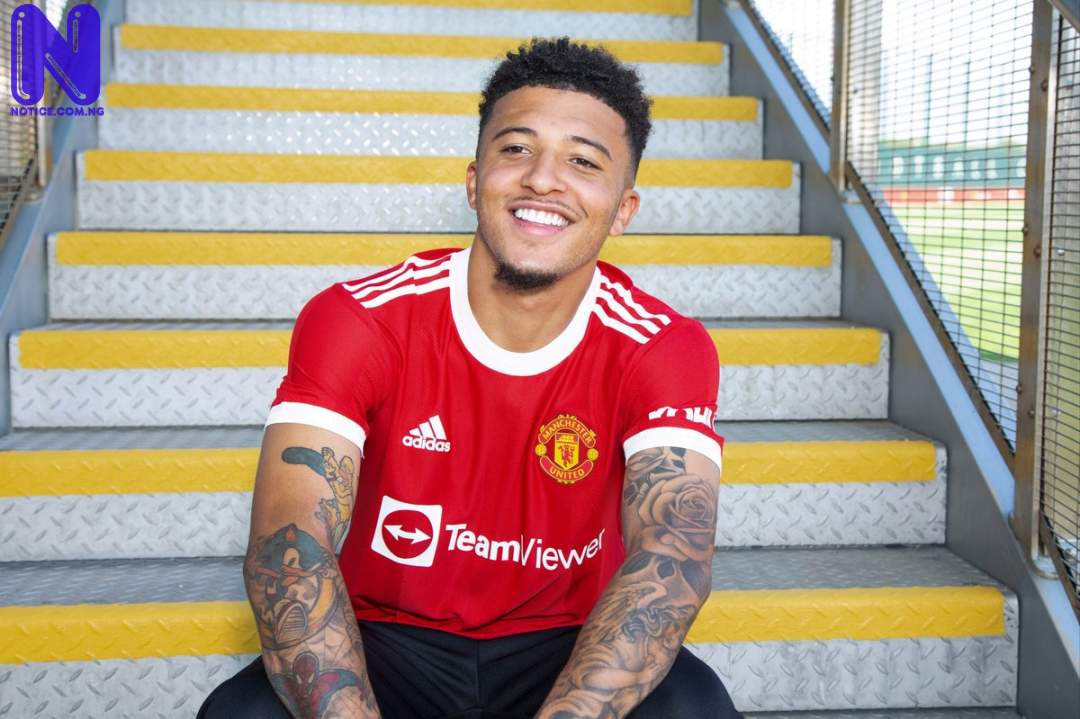 Sancho disclosed this on Friday after he was officially unveiled as a Man United player.

The England international completed a move to Old Trafford from Borussia Dortmund in a deal worth £73 million.

The move sees the 21-year-old follow in the path of two of his idols, including the Juventus and Portugal star as well as ex-England striker Wayne Rooney.

Asked who his Idols were in football, Sancho told the club’s official website: “Ronaldinho and obviously Wayne Rooney for England - those two are very iconic and great role models.

“I feel like everyone’s different and I feel like I have got different attributes to all the other players, but obviously Cristiano Ronaldo and what he’s done in his career is a fantastic thing.

“Where he started at Sporting and then he came to Manchester, it’s always good to see that all these iconic players have come through an iconic club.”