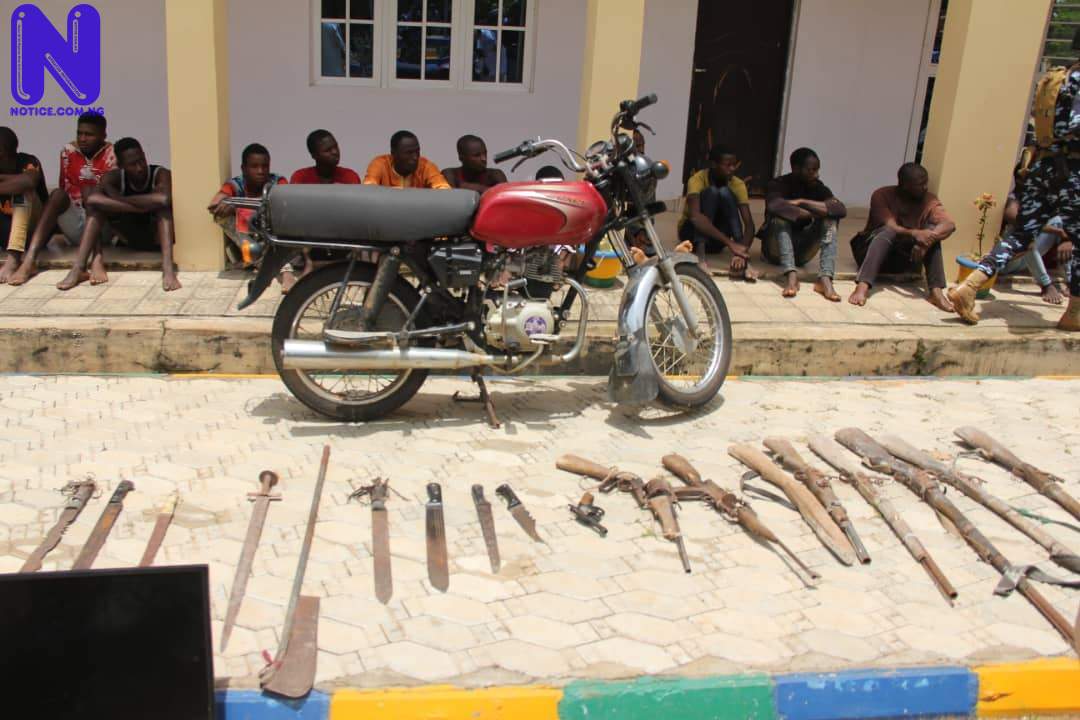 Police operatives from the Bauchi State Police Command have arrested one Munkaila Abdullahi who snatched a motorcycle from a commercial operator in Bauchi metropolis and ran away with it to Kano.

The suspect, a 26-year-old resident of Ningi Local Government of Bauchi State, As stated by the state Commissioner of Police, Sylvester Abiodun Alabi, asked the okada rider to take him to Madina Quarters in Bauchi metropolis and along the way hit him (rider) on the head and eventually took away the said motorcycle.

CP Alabi told journalists that upon his arrest in Kano State with the stolen motorcycle, he voluntarily confessed to the crime, adding that he would soon be charged to court.

In his words: “On 15th August 2021 at about 2300hrs one Sa'adu Abdulkadir, aged 18 of Madina Quarters, reported at ‘C' Division that on the same date at about 2130hrs while on commercial activities within the town with a Boxer motorcycle valued at two hundred and ninety thousand naira (N290,000), around Bacas Junction, picked up an unknown passenger to Madina Quarters.

“On getting to an isolated area, the passenger hit him with a stone on his head where he lost consciousness and the culprit took away the said motorcycle.

“On receipt of the report, a full-scale investigation was launched where on the 20th of August, 2021 the said suspect was arrested with the stolen motorcycle in Kano State and was identified as Munkaila Abdullahi, aged 26yrs of Ningi LGA, Bauchi State. On interrogation, the suspect voluntarily confessed to the crime.

“Exhibits recovered include one stone with blood stain and Boxer motorcycle.”

In a related development, CP Alabi informed that members of the six-man robbery gang, whose ages ranged between 18 and 24, were arrested with operatives of Rapid Response Squad (RRS) in collaboration with members of Yan Committee, a local vigilante group, at Kandahar area of Bauchi.

The police boss explained that the suspects some months ago conspired among themselves and attacked two houses in Alkaleri LGA with cutlasses and robbed the occupants of four handsets and the sum of N2 million cash which they shared among themselves.

He said that upon their arrest, the suspects confessed to the crime, adding that two receivers, Abdullahi Aliyu (20) and Aminu Ibrahim (19), were arrested in connection with the case.

While saying that investigation into the case is in progress, the police chief informed that the suspects would be charged to court for prosecution afterward.