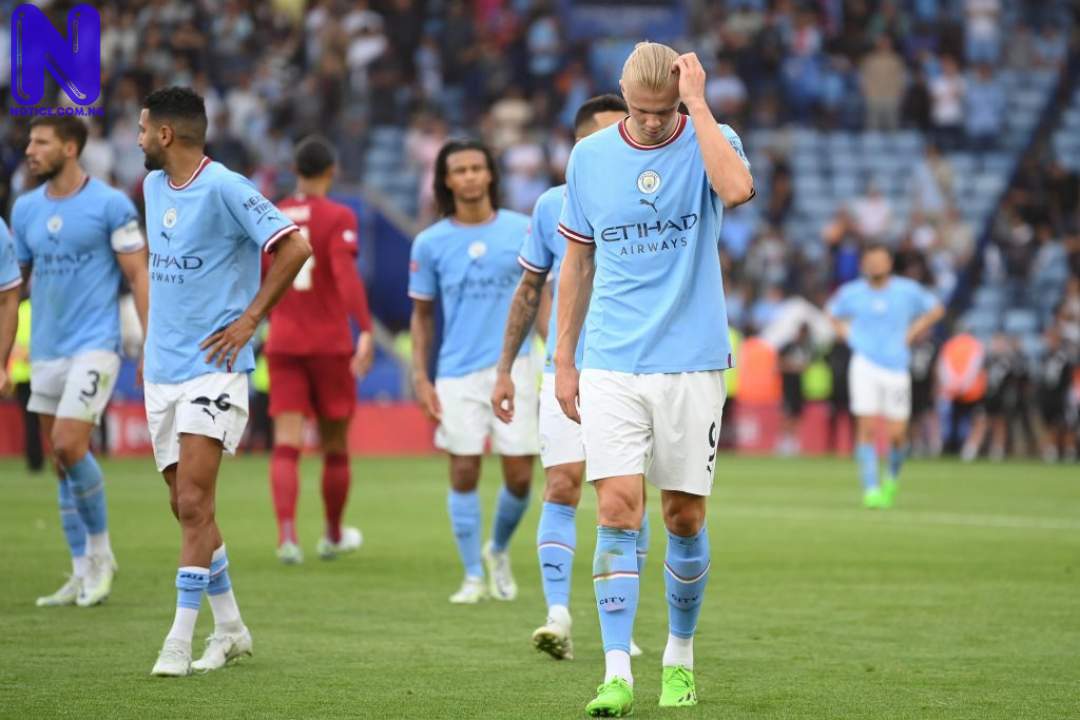 Community Shield runners-up, Manchester City chose not to collect their losers medals after losing 3-1 to Liverpool on Saturday.

Jurgen Klopp’s men won the traditional curtain-raiser at the King Power Stadium, thanks to goals from Trent Alexander-Arnold, Mohamed Salah and Darwin Nunez.

Julian Alvarez’s debut goal for City only proved to be a consolation.

According to ITV Sport, runners-up medals were on offer for the losing side, but City decided not to collect their tokens.

Instead, Pep Guardiola’s squad chose to applaud Liverpool as they lifted the Community Shield before exiting down the King Power tunnel.

It remains to be seen whether they left the stadium with medals in-hand or indeed they will just be sent to the club.