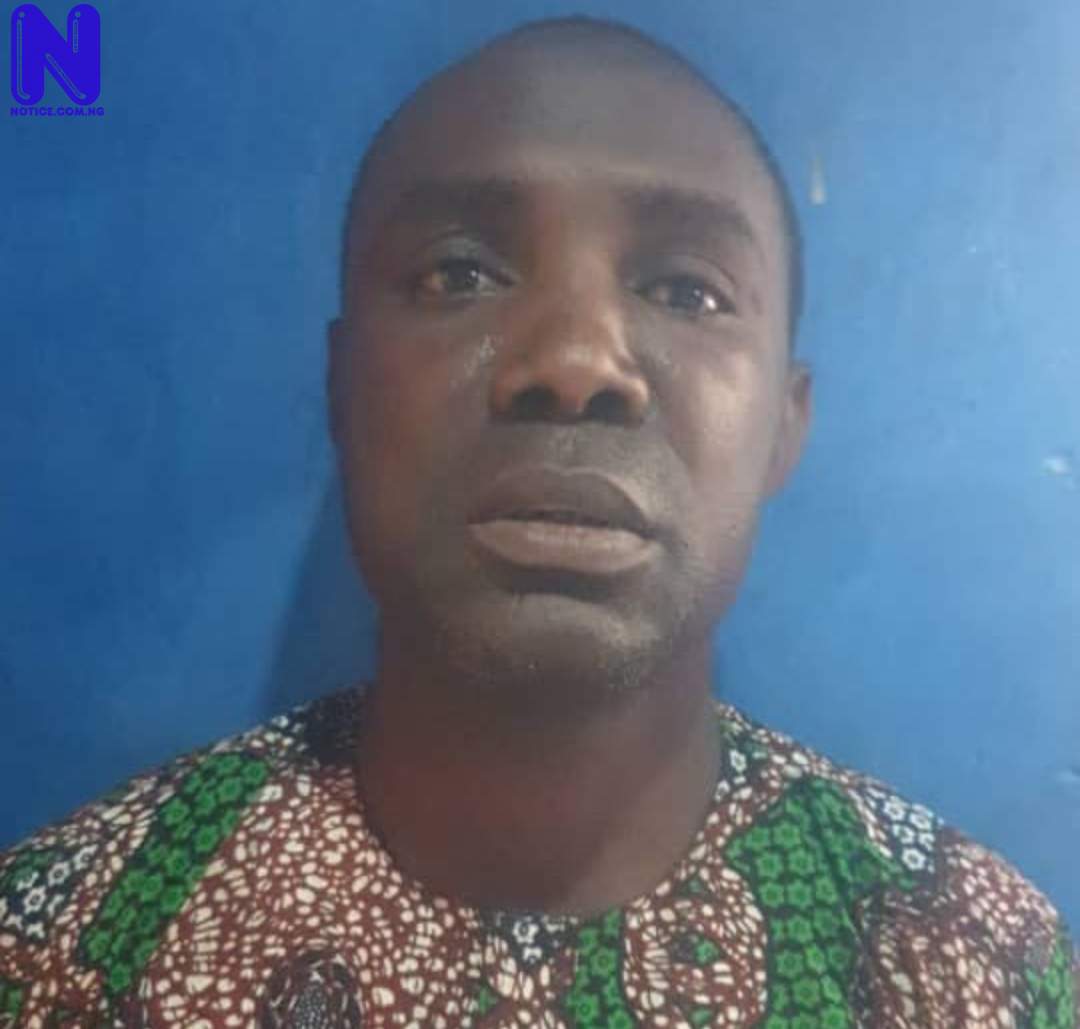 A 39-year-old man, Oladapo Akinola, has been arrested by the police for allegedly defiling his five-year-old stepdaughter in Ogun.

Akinola was arrested on Monday following a report lodged at Adigbe police station in Abeokuta by the mother of the victim.

The victim’s mother had reported that she had discovered blood on her daughter’s private part while bathing her.

The Ogun State police spokesman, Abimbola Oyeyemi, quoted the woman as saying the victim told her that her husband, who is the stepfather of the victim, had unlawfully had carnal knowledge of her.

Consequently, the DPO of Adigbe division, SP Fatoberu Oyekanmi, was said to have detailed his men to the scene, where the suspect was apprehended.

"On interrogation, the suspect, who resides at Adewale drive, Shokori Abeokuta, confessed to the crime without any justifiable reason," Oyeyemi stated.

He added that the state Commissioner of Police, Edward Ajogun, had ordered that the suspect be transferred to the Anti-human Trafficking and Child Labour Unit for further investigation and diligent prosecution.

Ajogun warned mothers to watch over their female children to protect them from being victims of sexual assault from irresponsible men.