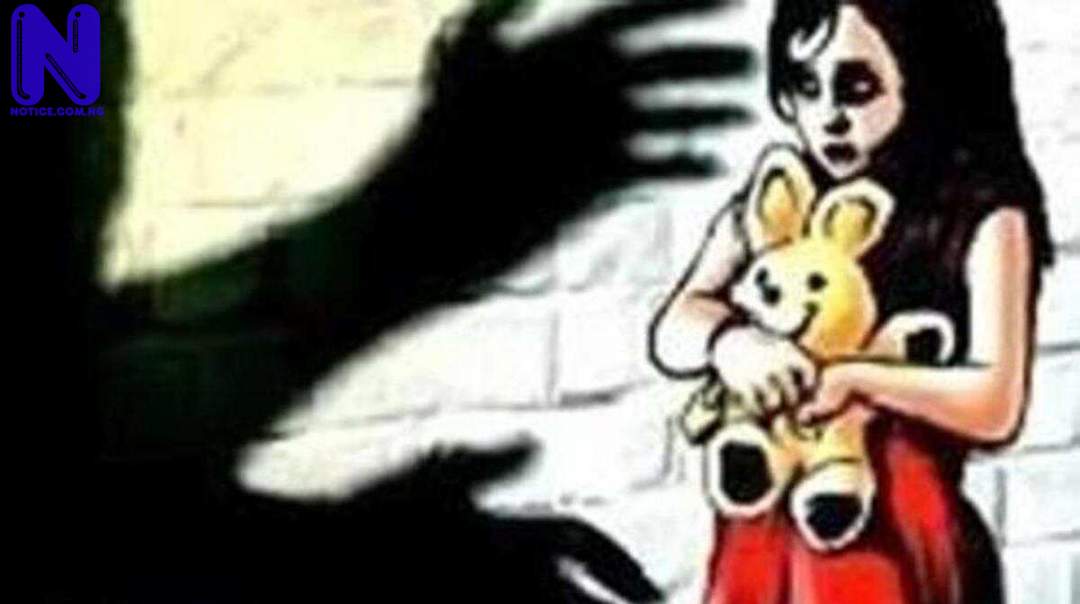 A 43-year-old man from Ikeduru- Ogwah, Mbaitolu Local Government Area of Imo state, Mr Ikechukwu Ekenta has allegedly raped his daughter, Kamsiyochukwu Ekenta who is three years and ten months old.
It was gathered that the girl was defiled on 28th of April same day her mother put to bed with another child, but her mother who discovered the act was prevailed upon by the parents of her husband not to report the incident.
Narrating her ordeal, little Kamsimyochukwu who was rescued by the commissioner for Women and children welfare, Mrs Ndidi Mezue on a tipoff said, “my daddy put his ‘komkom’ (Penis) inside my bombom and it was paining me.”
Speaking at the Professor Dora Akunyili Women Development Center, Awka, the alleged rapist Mr Ikechukwu Ekenta said that he was carried away, blaming his action on evil spirit which pushed him to engage in the act.
He said whenever the spirit came, he will start behaving abnormally and that very day, he used his finger to defile the girl as the urge came.
While explaining what she encountered on her return from hospital, the wife of the alleged rapist, Mrs Uzoamaka Ekenta said she noticed sharp pain from her child while bathing her and on enquiry, discovered that her husband had defiled her.
Mrs Ekenta said she hurridly asked her husband what transpired and he admitted committing the crime and took the girl to hospital where it was noticed that he used his penis instead of his hands as he claimed.
She stated that she complained to the parents of her husband but they threatened to deal with her if she dares tell anyone, until the whistle blower came to her aid last saturday.
Mezue described the act as abominable and condemnable in all ramifications, lamenting that the child was still in pains.
“I was alerted by an anonymous source. On receiving the information we rushed to the residence of the rapist at 33 area near Onitsha and apprehended him together with the help of the men of Department of State Services. He will face the full weight of the law,” she said.