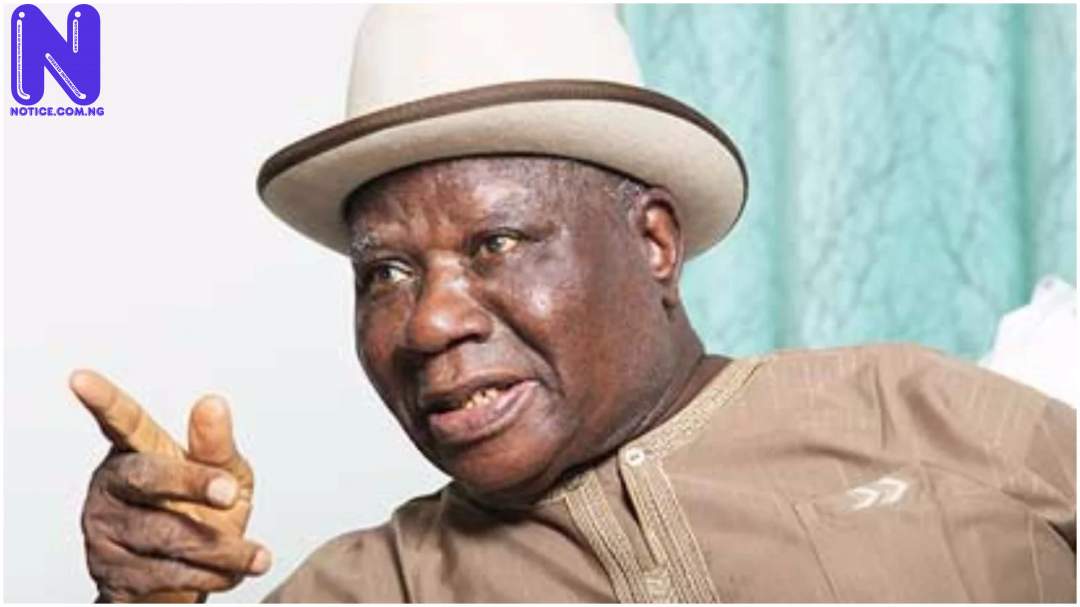 Elder statesman, Edwin Clark, has described President Muhammadu Buhari’s nephew, Mamman Daura as the leader of the cabal in the Presidential Villa.
Clark who is a Ex-Federal Commissioner for Information said while Daura was the head of the cabal, Buhari’s Senior Special Assistant on Media and Publicity, Garba Shehu was the “errand boy” of the cabal.
He made the remark while faulting Daura’s claimthat he only visits Buhari to advise him if the need arises
Recall that Daura in an interview with BBC Hausa Service had said contrary to insinuations by Nigerian,s he only advises the president on issues if his opinion was asked.
Daura had said he never imposed decisions on Buhari as generally believed by Nigerian People.
However, Clark stated that Daura has never held any political appointment, hence lacks the experience or qualification to give directives on governmental affairs.
In a statement he signed, Clark lamented that Daura should not be residing in the Presidential Villa because he holds no political appointment.
He said: “Mamman Daura has never held any notable political appointment to qualify him to be a political adviser to Mr. President, Muhammadu Buhari on the affairs of Nigeria, which entitles him (Mamman Daura) to have permanent accommodation/residency at the Aso Villa, with his family, where politicians go to him, to lobby for political appointments.
“It is, therefore, not true that he visits the Aso Villa to advise Mr. President. He resides permanently at the Villa with his family.
“This is what led to the open display of shame between the First Lady, Aisha Buhari and Mamman Daura’s Children.
“The First Lad,y Mrs Aisha Buhari has severally complained openly of how her husband’s nephew, Mamman Daura and his family, keep harassing and interfering in the affairs of the first family.
“He is the leader of the ‘Villa Cabal’ and the Senior Special Assistant, Media and Publicity to Mr President, Garba Shehu is the go-between or the errand boy of the ‘Cabal’.
“Mamman Daura as nephew to Mr. President has every right to speak on their family matters because he is part of Muhammadu Buhari’s family. But he has no experience or qualification to give directives on Nigeria’s governmental affairs.”