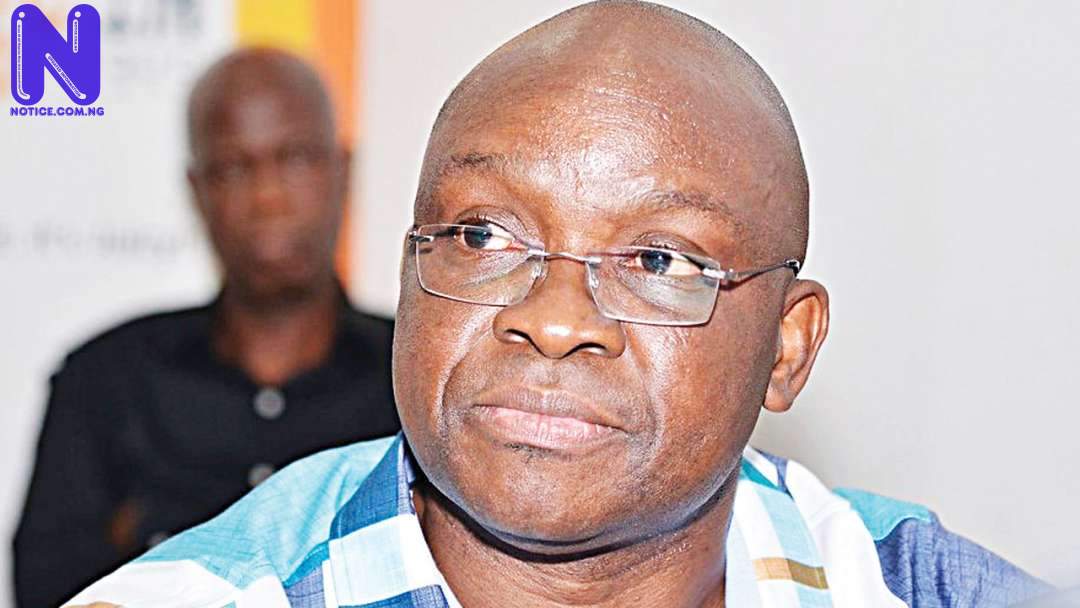 He made the declaration on Monday during the South-West Zonal Congress at the Women and Children Development Initiative Foundation (WOCDIF), Osogbo, Osun State.

Speaking in English and Yoruba, Fayose said “Nothing will last forever. And if I have offended anybody, I apologize.

“Don’t allow them to give us a name that’s not ours in Yorubaland. The time of our Governor, Seyi Makinde, will not fail.

Fayose further used a proverb to describe what went wrong. He said “Ija l’ode t’orin d’owe”. Meaning: “It was the fight that occurred that made a song become a proverb”.

“Seyi Makinde and I are one since. But under any leadership regardless of the level, you are our father. God will help you succeed.”

The Ex-Governor of Ekiti State, H.E Ayodele Fayose has agreed to the leadership of Oyo State Governor, H.E., Seyi Makinde in PDP South West. He has apologised for his wrongs and pledged his support for the Party and Seyi Makinde leadership. pic.twitter.com/lWAWaCMWJO

READ ALSO >>> It is wrong to use Oyo money to pay your caretakers – AD chieftain, Alao tackles Makinde