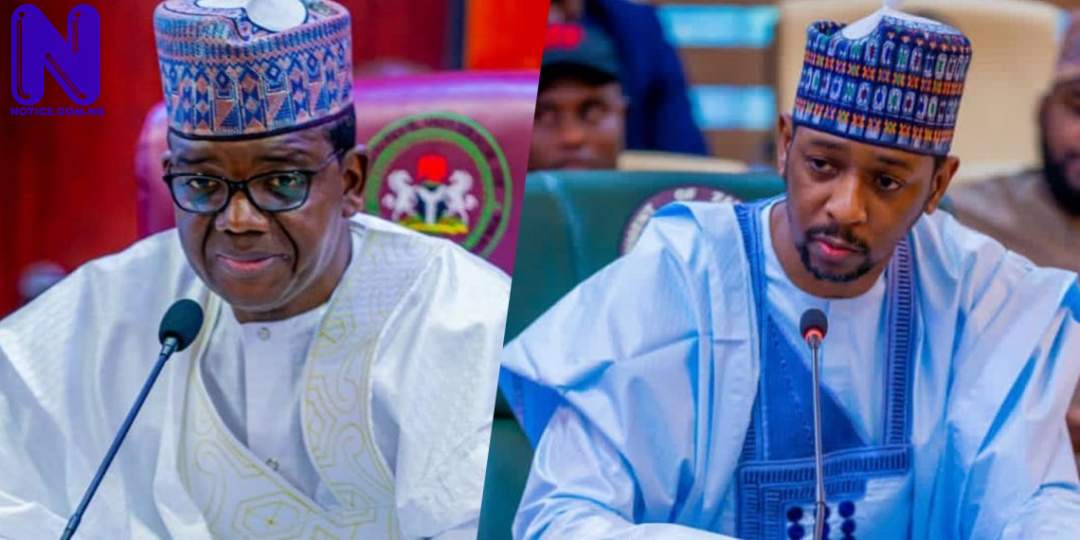 Governor Bello Mohammed Matawalle of Zamfara State has declared that his main reason for dumping the Peoples Democratic Party (PDP) was to join President Muhammadu Buhari in the fight against insurgency.

The Governor explained that the president has been giving him supports by deploying military operatives to the state, saying that he (Matawalle) was not compelled by anyone to defect to the All Progressive Congress (APC).

But many analysts have opined that majority of those moving to the ruling party, including the Zamfara Governor are doing so to escape investigation and prosecution over alleged corruption allegations.

But Mattawale had insisted, “I took the decision myself so I am not owing anybody any explanation,” he said.

His Deputy, Barrister Mahdi Aliyu Gusau who currently risks impeachment by the State House of Assembly did not join him in the defection, stressing that he was not consulted. The governor has consequently sent a warning message to his deputy, stating that he would regret his actions.

The deputy Governor has, in spite of that, insisted that he has no intention of dumping the Peoples Democratic Party (PDP) even though his boss has dumped the PDP for the APC.

According to him, there is still that mutual understanding between him and Governor Bello Mohammed Matawalle irrespective of belonging to different political parties.

But many people who spoke to Press said there are cracks on the walls following the Deputy Governor’s refusal to defect to the All Progressives Congress (APC) with his boss.

According to a public commentator, Alhaji Ahmed Bakare, the invitation of the Deputy Governor to appear before the State House of Assembly on the 27th of July, 2021 is the first step towards his impeachment process.

Alhaji Bakare said that the political temperature has continued to rise considering the invitation of the Deputy Governor by the State House of Assembly to answer a query over the alleged political rally he organized.

The public commentator noted that it would be very difficult for the Governor and his Deputy to work together comfortably while in different political camps..

“The relationship between APC and PDP in the state may not allow the Deputy Governor to enjoy his position in the state.”

The public commentator recalled that when the Ex-Governor of Sokoto State, Senator Aliyu Wamakko decamped to the APC, his deputy still remained with the Peoples Democratic Party(PDP), saying that both the Governor and his deputy worked together until the end of their tenure.

He noted that the Deputy Governor must have taken the advice of his father, General Aliyu Gusau (rtd) not to dump the PDP, saying that he has a very slim chance of retaining his position.

“In a state where the Governor and almost all the 24 members of the State House of Assembly decamped to APC, the Deputy Governor is now on his own,” he added.

Press recalls that the Deputy Governor was invited by the State House of Assembly to answer a query over the alleged political rally he held in Gusau, the state capital.

But Justice Obiora Egwatu of the Federal High Court in Abuja Monday stopped the impeachment move against the Deputy Governor.

The judge stopped the Zamfara State House of Assembly members from taking any further step in the impeachment process targeted against the deputy governor over his refusal to decamp from the Peoples Democratic Party, PDP, to the All Progressives Congress, APC, along with Governor Bello Matawalle.

Justice Egwatu issued the order on Monday in his ruling in an ex-parte application filed by the PDP.

The judge held that the apprehension of the applicant in respect of the impeachment move was serious and justified to restrain the defendants from carrying out the alleged action.

But it appears the battle has just started and the Zamfara government house is about to witness a major political crisis.