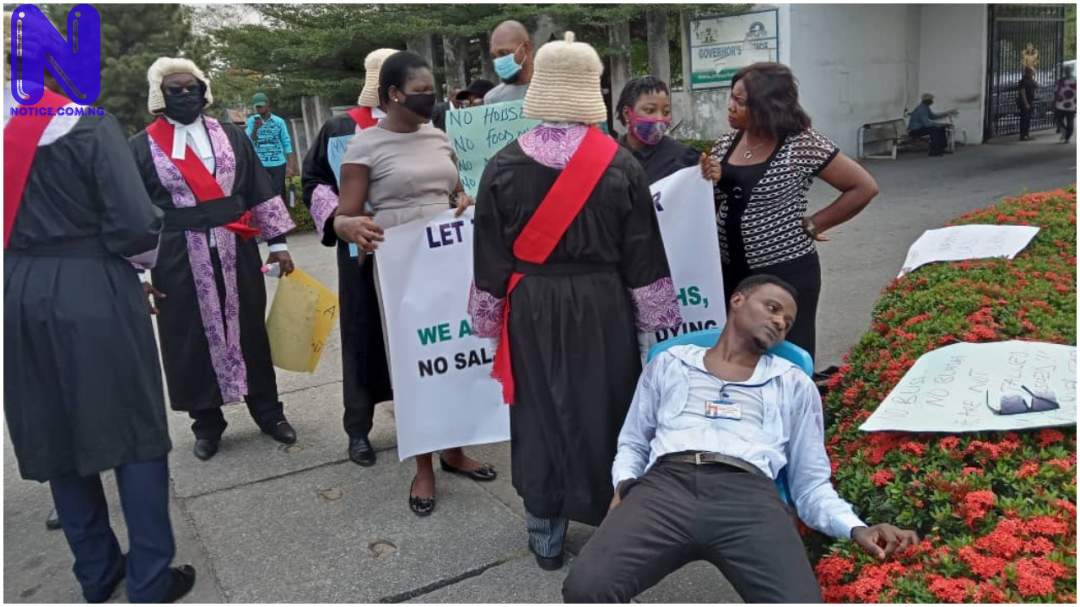 One of the magistrates protesting the non-payment of their two years salary in Cross River State, Richard Bassey, has slumped at the gate of the Governor’s Office in Calabar.
The victim was painfully revived by his colleagues and other staff of the Governor’s office in Calabar by pouring water on him.
A witness who gave his name as Godwin Effiom lamented the incident which occurred on Tuesday at the Governor’s office gate and alleged that the Deputy Governor, Prof Ivara Esu drove past when the incident occurred.
“It surprises me about the kind of leaders we have these days, because a deputy governor of a State can pass through the gate of the governor’s office and saw a large crowd trying to revive a victim, and he drove past. It’s unfortunate,” he stated.
Recall that a magistrate, Safiya Iyeh Ashipu, of the Chief Magistrate Court, Odukpani and her two children started the protest in front of the Cross River State Governor’s office over the non-payment of two years salary on Monday.
Ashikpu and her two children disrupted official functions and other government activities at the Cross River State Governor’s Office in Calabar. One of the reasons for the protest was her inability to pay rent.
It was gathered that the State Attorney General paid N210, 000 as part payment of the rent. Press was informed that the Attorney General’s N210, 000 was his personal money and not government’s.
The protesting magistrates who came with their full regalia were at the governor’s office with placards and flex banners protesting the non-payment of their two years salary.
The protesters disrupted official functions at the governor’s office and also blocked the entire entrance to the governor’s office, disrupting economy, social and political activities in the office.