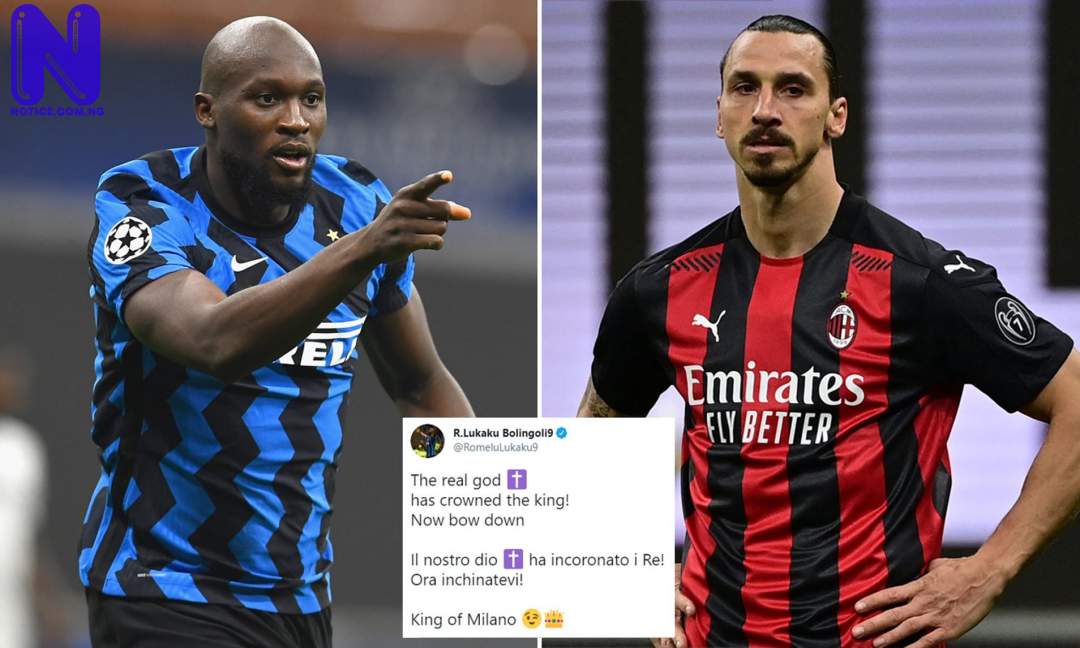 Romelu Lukaku has taken a dig at Zlatan Ibrahimovic, after Inter Milan were crowned Serie A champions on Sunday.

Inter were confirmed champions with four games left, after Atalanta and Sassuolo played out a 1-1 draw.

Lukaku and the Swedish striker, who were Ex-Manchester United team-mates, clashed in the Coppa Italia quarter-final back in February, trading insults and confronting each other before both men received one-match bans.

Inter won that game 2-1 and Lukaku believes he’s had the last laugh over Ibrahimovic.

Lukaku wrote on Twitter: “The real god has crowned the king!”

“Now bow down. King of Milano,” the striker added, with a winking face and a crown emoji.

The Belgian scored 21 goals in 33 Serie A games for Inter.