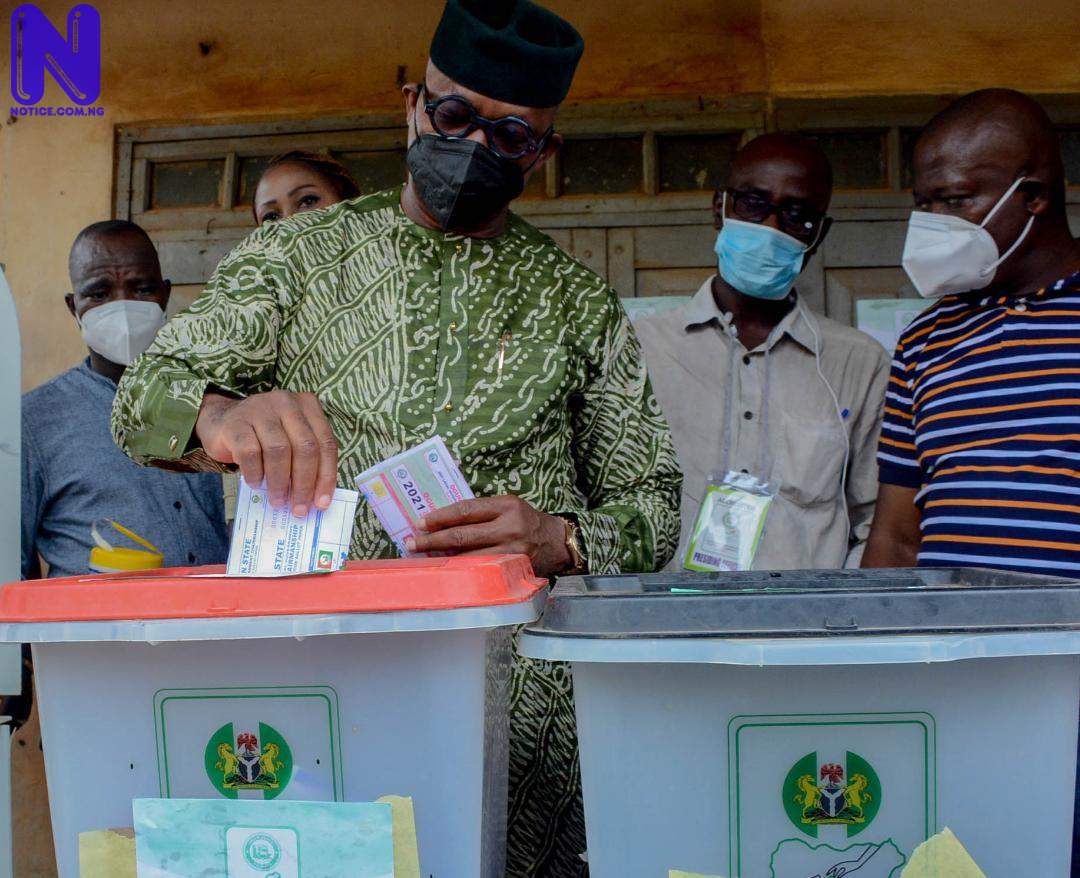 Our correspondent reports that there was serious voter apathy in many polling units across the 20 local government areas of the state.

In many polling units, it was observed that there are no queues of voters waiting to cast their votes.

Instead, officials of the Ogun State Independent Electoral Commission (OGSIEC) were seen idle as they waited for voters, who appeared at different intervals to vote.

In Iperu, the hometown of Governor Dapo Abiodun in Ikenne Local Government Area of the state, residents violated the restriction of movement order of the government as they went about their daily routine.

In most polling booths visited in Yewa North, Abeokuta North and Yewa South Local Government Areas, only a few had come out to perform their civic responsibility.

The Ogun State Commissioner for Housing, Jagunmolu Akande Omoniyi, said the low turnout does not mean people are not happy with the process.

Omoniyi said the low turnout was because the All Progressives Congress (APC) had no opposition in the election.

Meanwhile, Abiodun has cast his vote at Itaosanyin Polling Unit, Iperu in Ikenne.