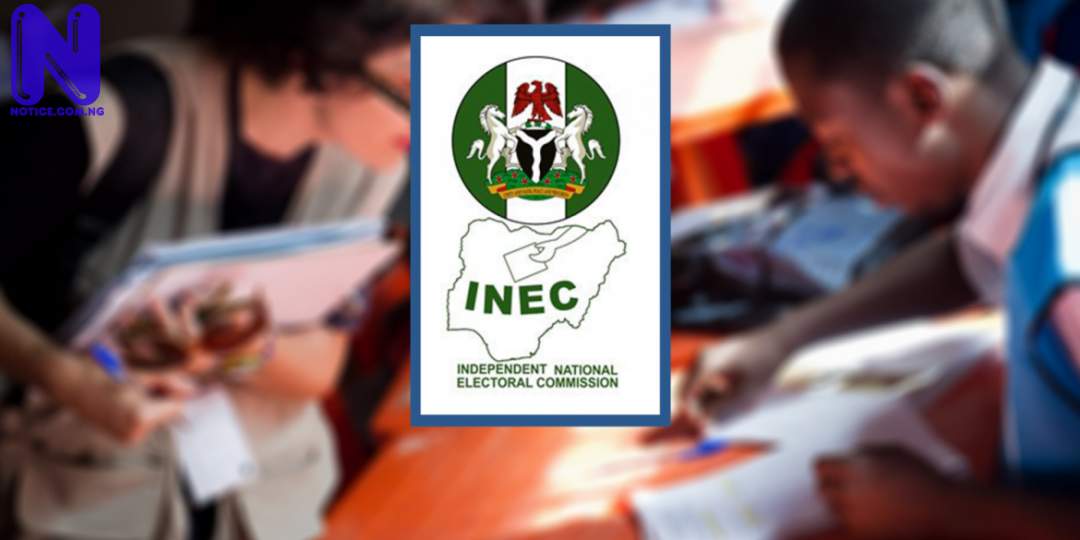 An election monitoring group, Yiaga Africa has observed a number of challenges and discrepancies already trailing the display of register of voters by the Independent National Electoral Commission (INEC) across the country.

Recall that in compliance with Section 19 of the Electoral Act, 2022, INEC commenced the display of the Preliminary Register of Voters (PRV) for public scrutiny on Saturday 12 November and expected to be concluded on Saturday 25 November 2022.

In its preliminary assessment of the display exercise, Yiaga Africa criticised INEC over what it termed poor publicity, a development that is manifesting in low citizens’ awareness and late commencement of the process on November 12 when it kicked off the exercise.

It said reports across the states indicated a possible low citizens’ awareness and late commencement of the process, especially in Kano Central Senatorial Districts, where the process started late with centres opening at 1:00 pm.

In Oyo state, specifically in some wards visited in Egbeda, Yiaga gathered from the INEC officials that they were not aware of the assignment for the exercise until late in the day, hence low awareness of the display, claims and objections in the State.

It was also alleged that INEC did not display the temporary register on the first day of the exercise. While in Ibadan North, a lesser number of electorates came out on the first day to check their details on the register, and make claims and objections.

The monitoring group which deployed no fewer than 822 citizen observers spread across the 774 LGAs in the 36 states and the FCT also recorded a slow start in some of the wards visited in Delta, Ekiti , Kogi and Osun states due to a possible lack of citizens’ awareness.

It stated, “In Kogi state for instance, the process started at noon in Adumu Egume Ward and Ojikpadala ward in Dekina LGA. The same was also reported in Eni and Oshobane wards in Ogori Magongo LGA of Kogi state.

“No Public Display of the Register of Voters in some locations at Commencement: Reports from 28% or 420 of the 1,497 of the registration areas (ward) visited, revealed that INEC did not publicly display the temporary voters’ registers at the commencement of the exercise on Saturday, 12 November 2022.

“For instance, WTV observers reported that the process did not commence on day 1 of the exercise in some of the wards visited in Jigawa North East Senatorial District, Jigawa state. Also in most wards in Ife Central, Ife North, and Ede North LGA of Osun state.

“Reports from Kogi also noted the absence of a temporary register of voters in the Ejule, Ankpa, Ojoku and Enejma ward of the state. Reports from Delta State also revealed that due to the recent flooding challenge that affected 19 LGAs in the state, the Display, Claims and Objections did not commence in many communities and there were no INEC officials present to provide information on when the display will begin.

“The same goes for the hard terrains of the states. From Akwa Ibom, reports revealed that there was no Display of the Preliminary register of voters at the commencement date in the wards visited in Ikono, Etinan, Okobo, Urue Offong/Oruko, Ibiono Ibom, Ukanafun & Nsit Ibom LGAs.

“From Osun, reports indicated that the voters’ register was not displayed in most of the wards visited in Ife Central, Ife North and Ede South Local Governments on Saturday. The delay in commencement for Ede South LGA may be due to the fire inferno that engulfed the INEC office on Thursday, November 10, 2022.

“WTV Observer from Batsari LGA in Katsina State reported that the Register of Voters was not pasted on the walls, because only one(1) copy was provided and they were expected to make all necessary corrections on it and return it back to the INEC office at the end of the activity and display of all the 11 wards within the LGA was done in one ward (GPSS) Batsari.

“Absence of Revision Officers during the Display of the Register in some Wards visited: In Ngwa iyi ekwe ward 13 and in Ugwunago LGA in Abia State and Osuowerre Ward 1in Isiala Mbano LGA of Imo state, the Preliminary Register of Voters was displayed but there were no INEC revision officials present to provide assistance at the center this was also the case in Umu azu Central Primary School Ward 4, and Achala Uno Primary School Ward 5 in Oyi LGA, Ebogidi Akpu Ward 3 and Central School ukpo Ward 2 in Dunukofia LGA, Ogwu Ikpele Ward and Akili Ogidi Ward in Ogbaru LGA of Anambra State”.

In order to ensure the aims and objectives are sustained, the election monitoring group recommends to INEC to ensure that the Preliminary Register of Voters' is permanently displayed in locations that are physically accessible to citizens for the duration of the Display, Claims and Objection Exercise.

It said INEC should provide information to voters in communities affected by floods on where their Display exercise will be conducted.

“INEC and other stakeholders especially political parties should intensify the publicity of the Display, Claims and Objections exercise and also increase voter education on the importance of scrutinising voters’ review of the temporary voters’ register.

“Security agencies should ensure effective distribution and adequate presence of their personnel in all registration areas to neutralize threats and increase citizens’ confidence, especially in locations where there is a higher likelihood of intimidation and violence.

Citizens should continue to engage in the electoral process, especially by checking their details in the published voters’ register to ensure they can vote in the 2023 elections,” the group recommended.