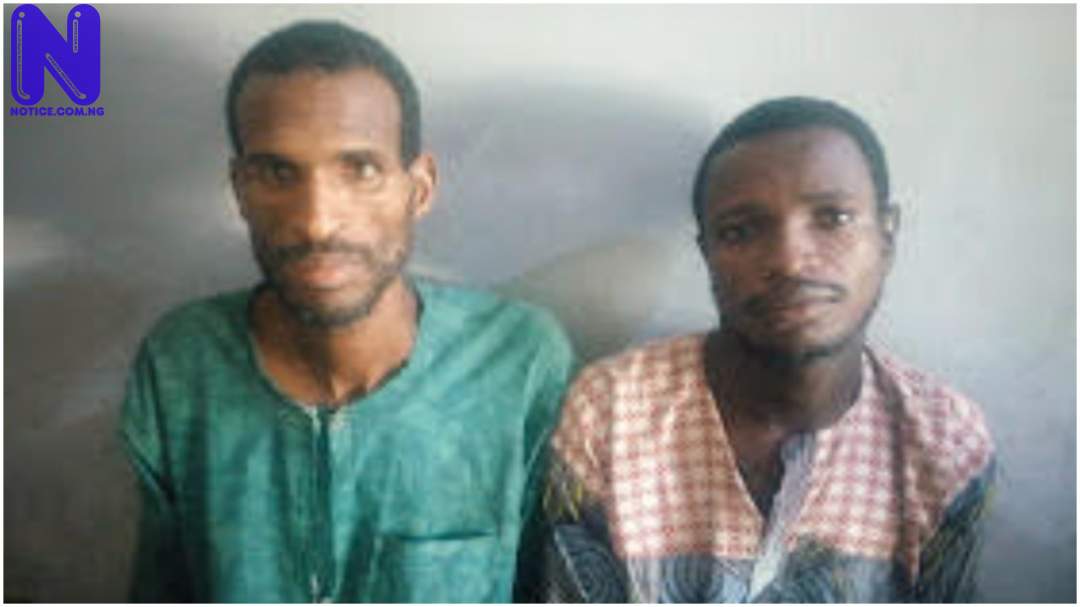 Two vigilante members in Adamawa State, Abdulrahaman Yakubu and Suleiman Lawan have been arrested for allegedly killing a man in the course of a failed attempt to kidnap the man’s son.

The vigilante men turned kidnappers who reside in a village near Gombedeked along Dumne road in Song LGA, are currently being grilled for the alleged offence by the Adamawa State Police Command.

Abdulrahaman who is 30 years old and a father of five and Suleiman, 35 years old, with 10 children, are said to have gone on the attempted kidnapping with three others who are now at large.

Press gathered on Sunday that the suspects stormed the home of their target and abducted his son but while dragging the boy out of his father’s house, his elder brother confronted them.

One of the suspects was said to have fired gunshots but it did not harm the elder son, who they claimed appeared invincible.

Sources close to the family, in spite of that, added that a stray bullet from another suspect who continued to fire shots, hit the boys father who was coming out of his room in the stomach, killing him instantly.

It was gathered that neighbours who heard the gunshots came out from their houses pursued the suspects and succeeded in rescuing the boy.

The following morning, other local vigilantes followed the footsteps of the suspects from the scene of the crime to their various houses where they were apprehended, witnesses said.

Reacting to the development, the Police Public Relations Officer for Adamawa State, DSP Suleiman Nguroje, said the suspects had been taken to police custody and are being investigated.