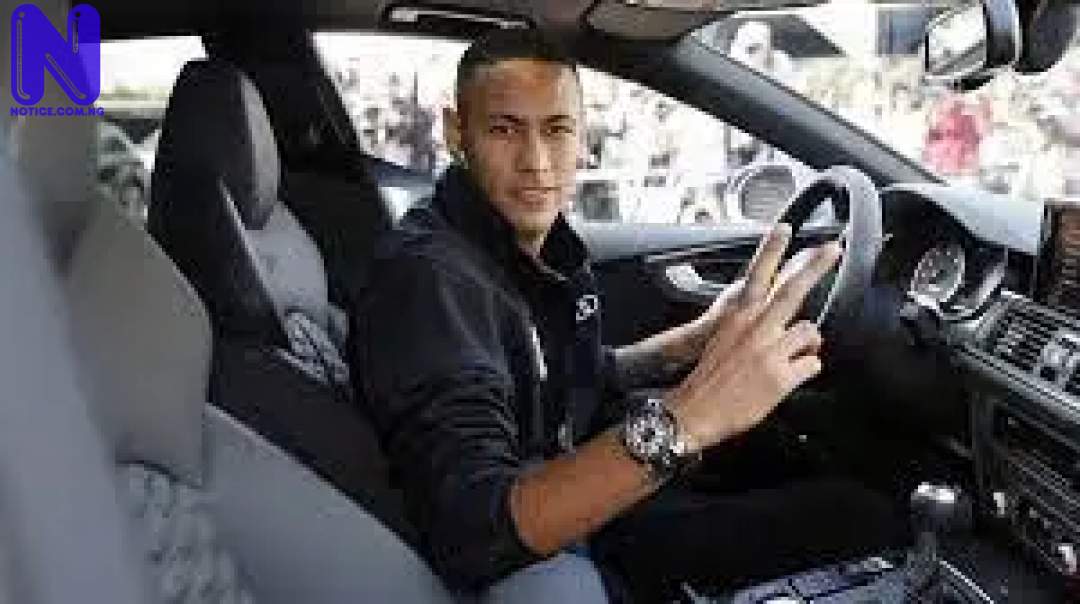 Neymar da Silva Santos Júnior known as Neymar, is a Brazilian professional footballer who plays as a forward for Ligue 1 club Paris Saint-Germain and the Brazil national team.

Neymar came into prominence at Santos, where he made his professional debut aged 17. He helped the club win two successive Campeonato Paulista championships, a Copa do Brasil, and the 2011 Copa Libertadores; the latter being Santos' first since 1963.

Neymar was twice named the South American Footballer of the Year, in 2011 and 2012, and soon relocated to Europe to join Barcelona.

As part of Barcelona's attacking trio with Lionel Messi and Luis Suárez, he won the continental treble of La Liga, the Copa del Rey, and the UEFA Champions League, and finished third for the FIFA Ballon d'Or in 2015 for his performances.

He then attained a domestic double in the 2015-16 season. In 2017, Neymar transferred to Paris Saint-Germain in a move worth €222 million, making him the most expensive player ever

Neymar is known for his love for living lavishly. He spends money without a second that he almost went bankrupt. Thanks to his lucrative contract with PSG that see him earn almost 37 million euros. Take a look at some expensive list of Neymar cars and Houses

The Koenigsegg CCXR Trevita comes with a very powerful V8 4.8L  engine with a massive output of 1018hp and can run at a maximum speed of 420km/h which matches with the price attached to it.

This is another expensive ride in the collection of Neymar cars. For a car that is designed with a 6.5Liter V12 engine with an awestruck power output of 750hp, capable of running at a maximum speed of 356km/h. The two butterfly designed doors of the super speed Lamborghini Veneno makes it the more revolutionary and classy.

Another expensive cruise among Neymar's cars is the Lykan Hypersport. This is luxury car that falls into the Lambo family. A ride that is designed with a single door at the left and two units on the right is capable of running at a maximum speed of 395km/h, with a power output of 780hp. It features a 3.7Liter F6 twin-turbocharged engine.

The 2009 Ferrari model is another ride among Neymar's car collection.

This ride is one of the fastest cars in the world with a 570hp output from a 4.0Liter twin-turbocharged V8  engine. It is capable of moving at a maximum speed of 322km/h. It comes with an enticing and fascinating appearance as it comes with its two doors.

This is the luxury ride Neymar acquired prior to his move to Barcelona in 2012. The car comes with  4.2L V8 with a 424hp maximum output. It is also equipped with a six-speed manual transmission with  a six-speed single-clutch automated manual. It is also capable of accelerating from 0-60 mph in 4.5 seconds.

The Maserati Mc12 which was produced in 2004 and was available in 50 pieces when it was produced. It is equipped with a 6L V12 engine which is capable of reaching a maximum speed of 330km/H. It accelerates from 0-100mph in 3.8seconds.

Neymar owns a five bedroom and 6 suites mansion in his home country Brazil. The mansion is inhabited by his family and his equipped with an heliport, a gym, tennis court etc.

Neymar also owns another mansion in Beverly Hills which contains a Jacuzzi, 12 bathrooms and is capable of accommodating 14 guests.

For All Nigeria Past Questions Visit www.QUESTION.NG