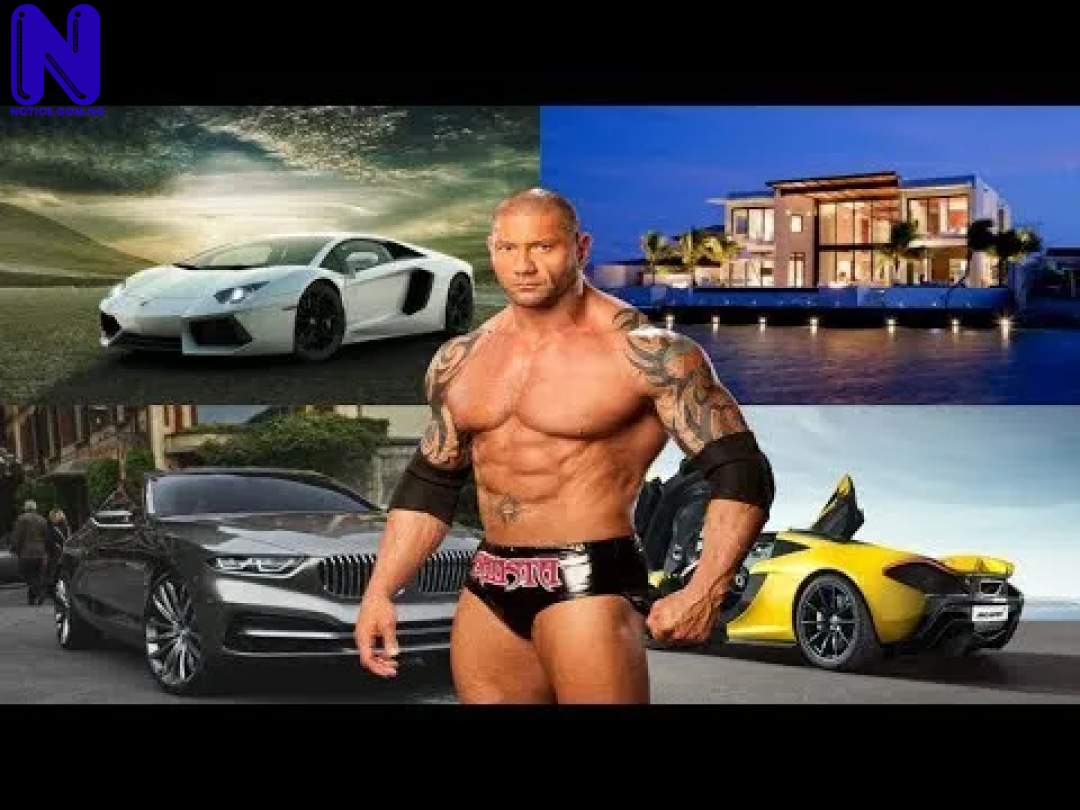 Bautista's wrestling career began in 1999 and signed in 2000 with what was then the World Wrestling Federation WWF, which was later renamed WWE in 2002. From 2002 to 2010 he rose to fame under the ring name Batista and became a six-time world champion, winning the World Heavyweight Championship four times and the WWE Championship twice.

On his second return to WWE, Bautista fought with  Triple H at WrestleMania in April 2019 before bringing his wrestling career to an end in order to focus on his acting career which has paid off greatly.

His acting career began with the film The Man with the Iron Fists which was released in 2012, though he had began acting since 2006. He further started in several blockbuster movies such as Spectre, Army of the Dead, Riddick etc.

Bautista is mostly known for portraying the character "Drax the Destroyer" in Marvel's superhero Cinematic Universe Guardians of the Galaxy volume 1&2, Avengers: infinity war, and Avengers: Endgame. He has also been cast in several direct-to-video since the beginning of 2009.

Bautista has also been regarded as one of the most successful actors who switched from wrestling to acting just like his counterpart, Dwayne Johnson. He has also spent some of his earnings on acquiring some of the luxury cars in the world. In the following segment, we will be taking look at some of these jaw dropping cars in Dave Bautista "Batista" car collection.

A supercar is a must for any car enthusiast to complete their collection. When Bautista finished his collection, he remembered adding the Murcielago. The Murcielago is powered by a 6.2 liter engine rated at 641 horsepower that can accelerate the vehicle from 0 to 60 mph and a top speed of 205 mph in 3.4 seconds. The car is valued around $ 220,000.

Indeed, the Sporty ride is a car for made for celebrities like Dave Bautista and it is worth the price for which it was bought.

The Pontiac Firebird is an American automobile that was designed and produced by Pontiac from model years 1967 to 2002. Bautista tweeted about the Pontiac Trans Am. The car is driven by  a 3.4-liter V6 engine that develops 160 hp. The price of Trans AM that he owns is nearly $100,000

Although the Pontiac Trans Am is not as expensive as some of the super cars in the world, it still offers a measure of luxury and comfort.

The Rear wheel drive, 7-speed shiftable automatic  Transmission is driven by a 5.0 l V8 twin-turbocharged engine which is capable of generating a 302 hp @ 5,600 rpm.

During his time in WWE , Bautista formed a  bond with the late Eddie Guerrero. After Guerrero died , Bautista in tribute to his friend took his 1964 Chevrolet Impala to a modifier and got it painted with pictures of Eddie Guerrero.

The Hummer H2 is a huge SUV that was marketed by Hummer and built in the AM General facility under contract from General Motors from 2002 to 2009 it is also befitting TO Bautista, considering his physique.

Just like the saying goes, "Big Boy's Need Big Boy Toys", it is no surprise that Bautista owns the Hummer H2.

Everyone needs a car that can offer luxury and performance to the owner so that Bautista owns the BMW 7 series. The Actor acquired the 2003 BMW 745 which is powered by a 4.4-liter engine and is capable of producing a 329 horsepower. The BMW 745 offers a spacious cabin and performance for the price of $72,000.

It is capable of accelerating from 0-62 mph in 6.3 seconds and can reach a top speed of 155 mph. It's interiors are world class, not to talk about its sedan body.

David Bautista currently resides in  a nearly 4,000-square-foot home which is situated on two and a half acres in the neighborhood near MacDill Air Force Base in Port Tampa, Florida. The mansion boast of large and spacious state of the art rooms, with a swimming pool etc, just to provide the needed luxury, relaxation and comfort. Although the value of the mansion is unknown, you can be sure that the magnificent edifice didn't come cheap.

Thanks for reading Bautista Cars and Houses here