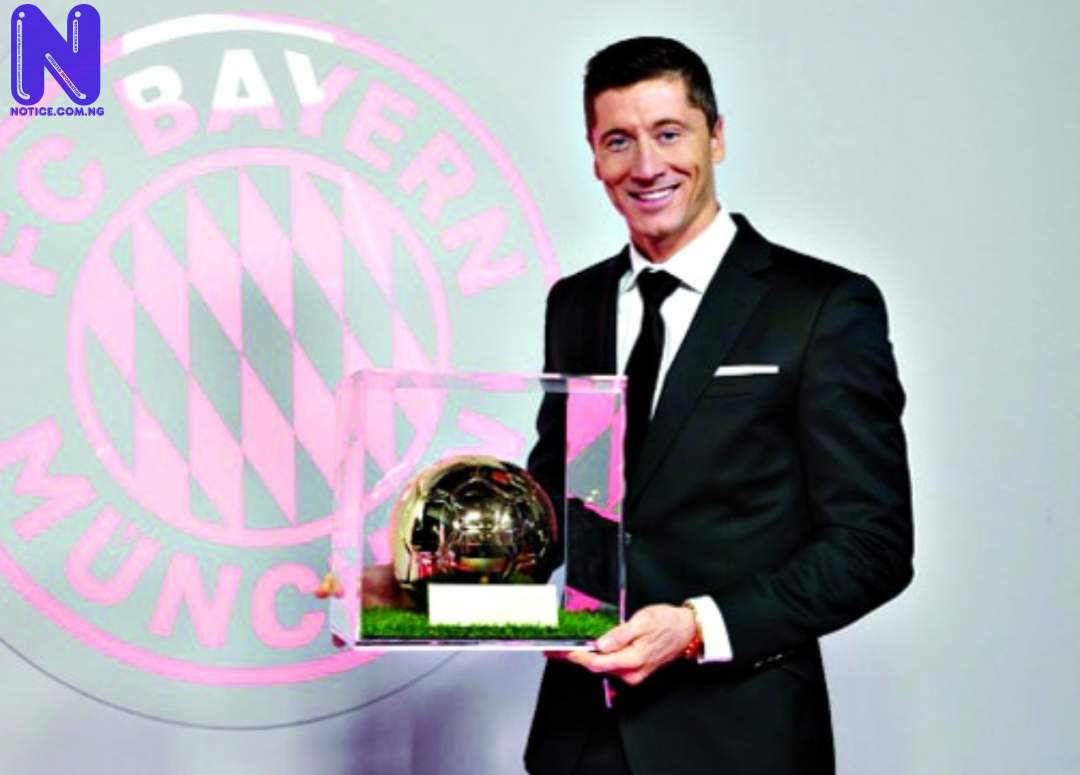 Bayern Munich striker, Robert Lewandowski, has been announced the winner of the 2021 Golden Player by Tuttosport.

The 33-year-old retains the trophy he won last year.

Lewandowski was voted the best over-21 player in Europe, ahead of Chelsea's Jorginho and Paris Saint-Germain's Lionel Messi, by a panel of experts.

The Polish star has proven himself the best attacker in the world over the last year. His 50 goals in 2021 is 13 more than any other player in Europe's major leagues and came in only 38 appearances.

This year, Lewandowski has picked up his sixth Bundesliga top scorer canon - and his fourth in a row. He also broke Gerd Müller's historic league record of 40, netting 41 times in only 29 games.

He's continued that form into this season with 14 from the first 12 Bundesliga match days.

He will be presented with the Golden Player award at the ceremony in Turin on December 13, by which time he will know if he would have added a Ballon d'Or to his collection.