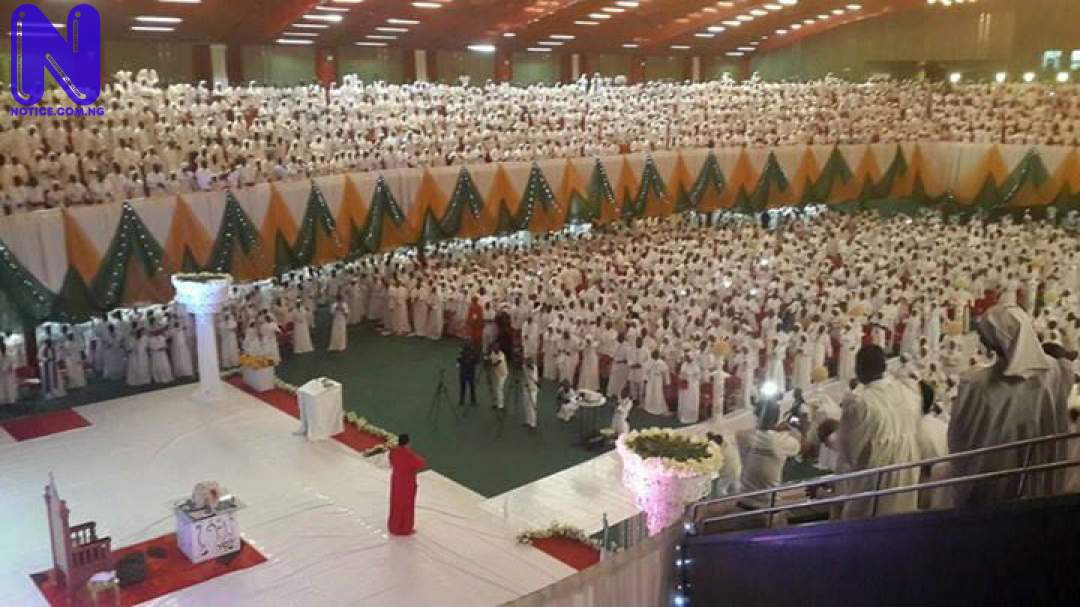 Nigeria’s legendary boxer and coach, who was World Boxing Council no 1 contender in 1980/1981, Obisia Nwakpa has been ordained a Bishop in Brotherhood of the Cross and Star.

The consecration exercise was held into the evening of 1st October 2022 at the international headquarters of the spiritual organisation in Calabar.

Nwakpa was popularly known as the Golden Gloves in his heyday and was narrowly beaten by Saul Mamby in Lagos in his bid to win the WBC belt. In 1973-1984. He was Nigeria and African Commonwealth World military gold medalist.

He was consecrated alongside 324 other priests of varying backgrounds by His Holiness Olumba Olumba Obu, spiritual head of the Organization.

Findings indicate that Nwakpa since retiring from boxing and active coaching devoted his time to God’s service and had served as Pastor in the fold for many years in Lagos State.

According to his wife, Franca, who is also a top clergywoman and co-chairman of International All Ordained Ones Fellowship, an evangelical arm in the fold, her husband was elected a bishop early in the year.

“One of the many religious requirements my husband had to fulfil to qualify for the consecration exercise was to embark on a 21-State Episcopal Tour which lasted over a week where he visited some of the outposts of the fold, preached and did charity works. He did not mind his age and the stress involved. He loves things of God.

“On completion of the Episcopal Tour, he penned a report about it to the leadership of the organization, amongst other processes. The climax was yesterday’s formal consecration.

“As a high priest now, he will devote time to leading the flock, counselling and praying. He could be posted or given a higher appointment”, an official of the church, Michael Akpan said.

In his remarks before the consecration exercise, Obisia Nwakpa had said it was a new life for him, and that it was a humbling experience to be recognised and chosen as a high priest.

He vowed that his devotion to God’s service is total.

Exhorting the new Bishops, His Holiness Olumba Olumba Obu cautioned them not to see their ordination as a position to lord over the flock but to serve, lead and cater for the flock in humility unlike in the conventional arrangements.

He told them to flee negative leanings, adding that they have been empowered to preach good tidings and bind untoward events.