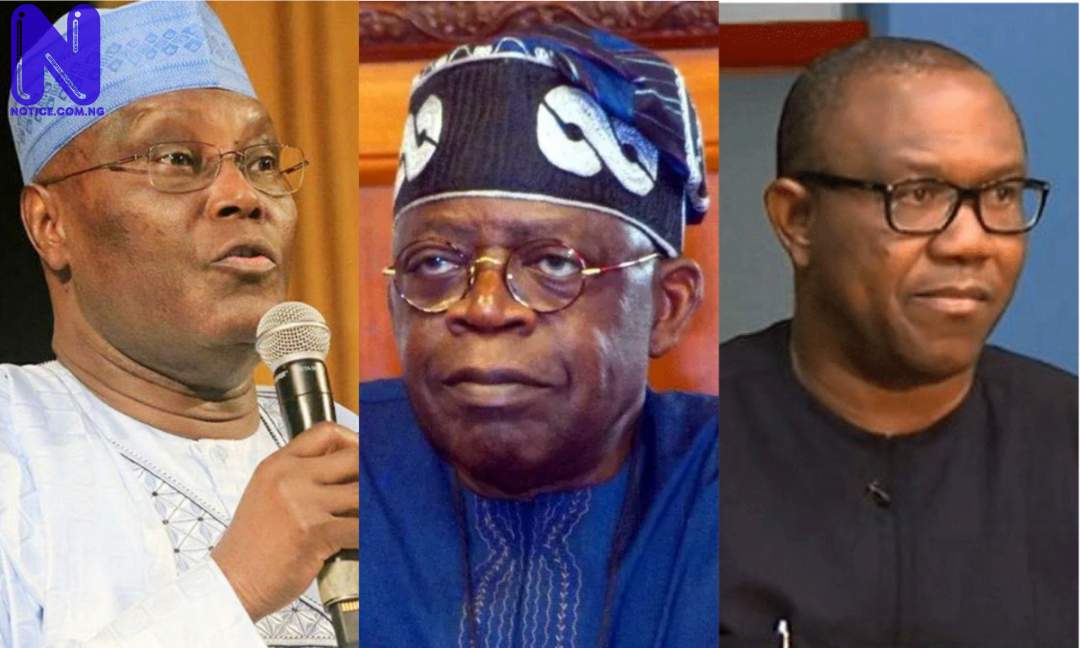 Three Abuja-based lawyers on Wednesday in Abuja dragged the Independent National Electoral Commission (INEC) before a Federal High Court seeking an order against the electoral body not to accept the nomination of Bola Tinubu, Alhaji Atiku Abubakar and Peter Obi, as presidential candidates in the 2023 general elections.

The grouse of the lawyers amongst others is that Tinubu, Atiku and Obi were unlawfully nominated by their respective political parties.

Apart from INEC other defendants in the suit instituted on June 29 are; the Attorney General of the Federation ( AGF), All Progressives Congress ( APC), People’s Democratic Party ( PDP) and Labour Party (LP) as 1st to 5th respectively.

In the suit filed on their behalf by Ataguba Aboje, the plaintiffs are contending that APC, PDP and LP contravened provisions of the 1999 Constitution and the Electoral Act, 2022, in the conduct of the primary elections that produced their presidential candidates.

Amongst others, they are contending that the three parties flouted the law by their failure to nominate their Vice Presidential candidates before the conduct of their primary elections as required by law.

Plaintiffs further want the court to determine whether, given the same provisions of the laws, INEC can accept from a political party, the nomination of a candidate for election to the office of the President who participated alone in the primary election without nominating another candidate as an associate from the same political party to occupy the office of the Vice President.

Plaintiffs further sought another declaration that their Presidential candidates who did not participate together with their respective associates for the office of Vice President in their primary elections are invalidly nominated.

They, therefore, applied for an order restraining INEC from recognizing Presidential candidates of APC, PDP and LP for failing to comply with the mandatory provisions of Sections 131 and 142 of the 1999 Constitution as well as Sections 29, 32, 84 and 152 of the Electoral Act, 2022.

In their 27- paragraph affidavit in support of the originating summons and deposed to by Ataguba Aboje, plaintiffs claimed that as lawyers, they have a duty to ensure that no person or group shall govern or take control of the Government of Nigeria except in accordance with the democratic provisions of the 1999 Constitution.

They averred that the 1999 Constitution makes it mandatory for a Presidential candidate to be sponsored by a political party and that such candidates shall not be deemed validly nominated unless the candidate nominates another person from the same political as his running mate.

Plaintiffs asserted that APC, PDP and LP conducted their Presidential primaries during which Tinubu, Atiku and Obi were declared winners without a concurrent and contemporaneous declaration of candidates for the office of the Vice President.

They further averred that several days after the conclusion of their respective primaries, APC, PDP and LP submitted to INEC names of Alhaji Kabir Masari, Senator Ifeanyi Ókowa and Dr Doyin Okupe as their respective Vice Presidential candidates and as such nomination of their Presidential candidates is not in compliance with the 1999 Constitution.

Meanwhile, no date has been fixed for the hearing of the suit.

READ ALSO >>> Atiku a pathological liar, asked me to be his running mate – Tinubu - Presidency