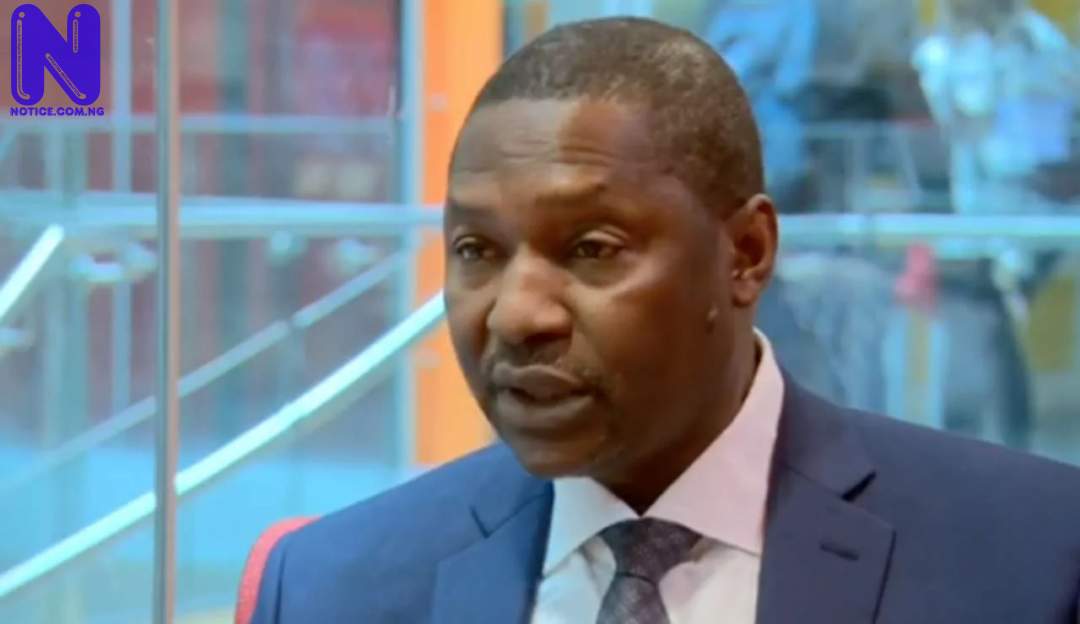 Toby Okechukwu, the Deputy Minority Leader of the House of Representatives, has disagreed with the Minister of Justice and Attorney-General of the Federation (AGF), Abubakar Malami, on the powers of the National Assembly to Summon the President.
Okechukwu blamed some highly placed political actors in the All Progressives Congress, APC, of pressurizing President Muhammadu Buhari not to appear before the lawmakers.
According to him, the AGF was only airing the position of the All Progressives Congress, APC on the matter.
The House of Reps had summoned President Muhammadu Buhari over the growing insecurity in the country immediately after the massacre of over 50 farmers in Borno State by Boko Haram.
The Speaker, Femi Gbajabiamila had confirmed that the President was willing to appear before the House, adding that a date had been agreed and will be made public soon.
But Malami in a statement earlier in the week said the House lacks the powers to summon the President to interface with it on the rising insecurity, adding that it was “outside constitutional bounds”.
Okechukwu, a senior lawyer, who represents Aninri/Awgu/Oji River Federal Constituency, Enugu State, faulted Malami’s claim and described it as “strange”.
“Section 89 (1) of the 1999 Constitution as amended clearly empowers the Senate or the House of Representatives or a committee appointed in accordance with Section 62 of the Constitution to procure evidence, written or oral and to ‘summon any person in Nigeria to give evidence at any place,” Okechukwu was quoted by Channels Television.
“Therefore the attempt to pressurize Mr. President not to appear clearly shows that some highly placed political actors in the ruling party are placing politics over the protection of lives of Nigerian People. The APC is evidently fiddling with propaganda and politics while Nigeria burns”, he stated.
“It is evident from APC’s position as made public by the AGF that the safety of Nigerian citizens would take a back sit in the next few days, while the argument over who is right or wrong unfortunately takes the front seat,” he added.