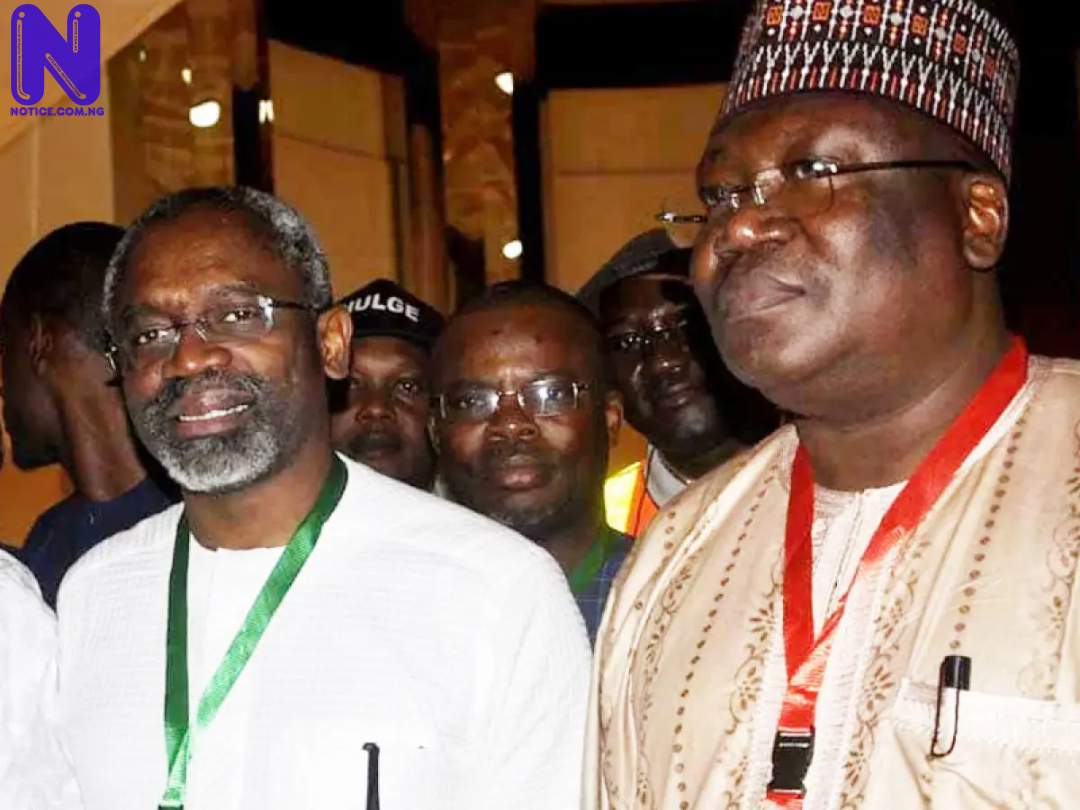 The Leadership of the National Assembly, on Wednesday, held a meeting with some Ministers and Heads of agencies from the Executive Arm of Government to brainstorm on the impact of Coronavirus pandemic on the Nigerian economy.

Press learnt that the meeting specifically touched on the planned review of the 2020 budget and Medium Term Expenditure Framework and Fiscal Strategy Paper passed late last year by the National Assembly.

The Senate President, Ahmad Lawan who presided over the meeting, in his opening remarks said that an immediate review of the 2020 budget and Medium Term Expenditure Framework is imperative, particularly against the backdrop of the impact of the Coronavirus pandemic on global economy.

In his words, “If we have to review the budget itself, we have to consider the MTEF/FSP.

“Even in sickness, we need government to provide services.

“The impact of COVID-19 is well known to all of us in terms of health and the economy.

“Here, we will be talking of revenues that we estimated to fund the budget 2020.

“Because the oil price has gone so low due to the impact of COVID-19, the Minister of State should be able to tell us where we will be in the next six months or so.

“We should have concepts that can deliver fast and are sustainable.

“Anything that we do that can not provide succor and relief to our people will lead to catastrophe,” the Senate President warned”.

Also speaking, the Speaker of the House of Representatives, Femi Gbajabiamila said the meeting was very timely.

He added, “Taking a cursory look at some of the papers(presentations), I think this meeting is actually very timely and very important because we live in very unusual time and it’s time we start thinking outside the box to see how we can stabilise our economy and the direction it’s going to take.”

Also, the Minister of Finance, Zainab Ahmed, in her presentation explained that “prior to COVID-19 and Oil price decline, the Nigerian economy was already fragile and vulnerable.”

According to her, due to the global economic downturn precipitated by the impact of the Coronavirus pandemic, international Oil prices plunged as low as $22 (USD) per barrel on the international market.

She added that the impact of the pandemic which resulted in international crisis created a disruption in travel and trade, and put “increasing pressure on the naira and foreign reserves as the crude oil sales receipts decline and the country’s micro-economic outlook worsens.”

Ahmed said that in view of Nigeria’s economic realities, the Crisis Management Committee constituted by President Muhammadu Buhari in response to the COVID-19 and Oil Price Decline Crisis expressed concern that “the decline in international oil prices or domestic production may be magnified if a severe outbreak of the pandemic occurs in Nigeria.”

Accordingly, the Finance Minister proposed a review of the 2020 budget using a US$30 per barrel price benchmark as against USD$57 initially passed in December by the National Assembly, to prepare for the worst case scenario, as well as insulate the Nigeria economy against any form of unexpected crisis.

She also told the leadership of the National Assembly that budgeted revenues for the Nigeria Customs Service have been reduced from N1.5 trillion to N943 billion “due to anticipated reduction in trade volumes; and privatization proceeds to be cut by 50 percent, based on the adverse economic outlook on sales of the Independent Power Projects (IPPs) and other assets.”

Similarly, Ahmed disclosed that the Federal Government has undertaken cuts to Revenue-related expenditures for the Nigerian National Petroleum Corporation (NNPC) for several projects included in the 2020 Appropriation Act passed by the National Assembly in December, 2019.

“The Federal Government is working on Fiscal Stimulus Measures to provide fiscal relief for Taxpayers and key economic sectors; incentivize employers to retain and recruit staff during the economic downturn; stimulate investment in critical infrastructure; review non-essential tax waivers to optimize revenues, and compliment monetary and trade interventions to respond to the crisis,” the Finance Minister disclosed.

She added that the Federal Government had made provision for health sector interventions by introducing import duty waivers for essential input for pharmaceutical firms; tax waivers on new equipment; and deferment of tax to increase production.

Ahmed further disclosed that the Federal Government would be releasing the total sum of N6.5 billion in two tranches (N1.5 billion and N5 billion) to the National Centre for Disease Control (NCDC) as intervention to assist in the fight against the spread of the COVID-19 disease in Nigeria.

It was also affirmed that the Lagos State Government would receive financial support from the Federal Government to the tune of N10 billion to combat Coronavirus spread in the state.

In addition, the Finance Minister even informed the lawmakers that Nigeria had received a grant of US$18.2 million from Japan for strengthening seven National Centre for Disease Control (NCDC) centres across the country.

She further explained that the sum of one billion naira would be released by government to Pharmaceutical firms in the country.

But the Governor of the Central Bank, Godwin Emefiele said, “while we would expect to see a decline in our expected growth projection for 2020 relative to 2019, the exact impact will be dependent on how well the coronavirus is contained over the next few month, and how long low oil prices persist.”

Members from the Executive present at the meeting which held at the National Assembly include: Minister of State for Budget and National Planning, Prince Clem Agba; Minister of Petroleum Resources (State), Timipre Sylva.

Others are the Governor of the Central Bank of Nigeria, Godwin Emefiele; Group Managing Director of the Nigerian National Petroleum Corporation (NNPC), Mele Kyari, and Senior Special Assistant to the President on National Assembly Matters, Senator Babajide Omoworare.