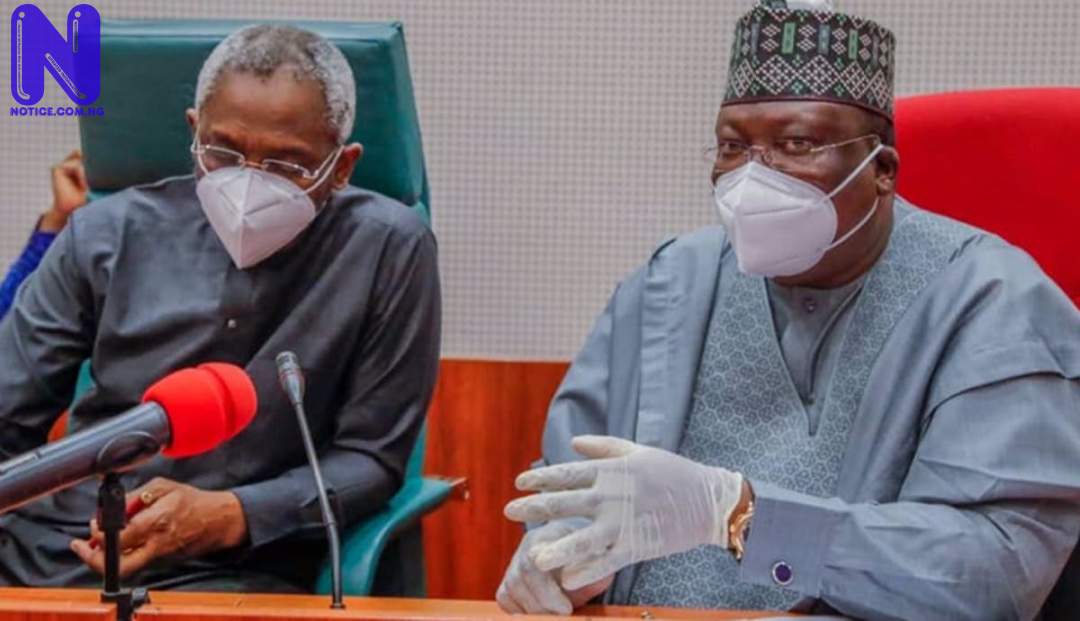 Socio-Economic Rights and Accountability Project (SERAP) has taken a legal action against Senate President, Ahmad Lawan and House of Representatives Speaker, Femi Gbajabiamila.
SERAP is accusing them of failing to publish reports of all completed public hearings and corruption probes by the National Assembly since 1999.
The legislature recently held investigative hearings on Ministries, Departments and Agencies (MDAs) including the Niger Delta Development Commission (NDDC) and the Nigeria Social Insurance Trust Fund (NSITF).
In the suit number FHC/ABJ/CS/1065/2020 filed at the Federal High Court, Abuja, SERAP is seeking an order of mandamus to compel Lawal and Gbajabiamila to release the findings.
SERAP is also seeking an order for the disclosure of the number and names of individuals, companies and MDAs indicted since 1999.
The rights group wants an order to stop lawmakers from directly getting involved in the execution of projects by MDAs, and to ensure the proper and effective exercise of their oversight functions.
The suit followed SERAP’s Freedom of Information (FoI) requests dated July 25, 2020.
SERAP’s lawyers, Kolawole Oluwadare and Opeyemi Owolabi, said there is no legally justifiable reason why the information should not be made available to Nigerian People, and why the prosecution of indicted suspects should not be pursued where there is admissible evidence.
“Public officers are mere custodians of public records. There is legitimate public interest in the publication of the reports of these public hearings and probes. The public hearings and probes can only serve as effective mechanisms to prevent and combat corruption if their reports are widely published”, the suit noted.
“The exercise of oversight functions and powers by the National Assembly to conduct public hearings and corruption probes in MDAs should be regarded as a public trust. The National Assembly has a unique opportunity to enhance the integrity of its oversight functions on corruption matters in particular, and other constitutional roles, in general.”
No date has been fixed for the hearing of the suit.