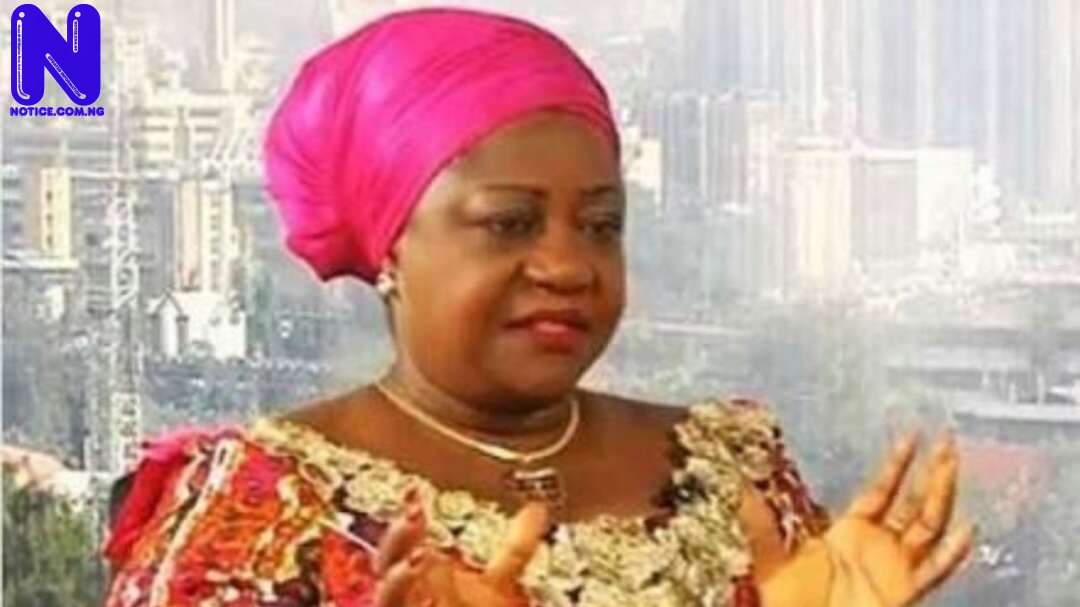 The nomination of the controversial Personal Assistant to President Muhammadu Buhari, Lauretta Onochie as an electoral commissioner has been generating buzz from day one.

Civil Society Organizations and opposition parties, particularly the Peoples Democratic Party (PDP), have condemned the appointment of a known partisan person as commissioner for the electoral umpire.

Section 14 (b) of the third schedule of the 1999 Constitution provided that members of the Independent National Electoral Commission (INEC), must be “non-partisan and be a person of high integrity.”

Ms Onochie, who was nominated to represent Delta State, is known for making controversial statements in defending the President and the government, including partisan statements.

At the Senate confirmation screening on Thursday, political comments by the nominee, gave the members of the Senate committee on INEC ample ammunition to aim at her.

In 2019, Olalekan Raheem, a nominee for the electoral commissioner to represent Osun State was rejected by the Senate for being a member of a political party.

Although, Ms Onochie claimed at the hearing that she ceased being a member of the APC in 2019 after the general election, a Tweet from 2020, during the Adams Oshiomhole-led leadership has emerged, where she still referred to APC as her party.

"There is DEFINITELY an APC e-NEC meeting TOMORROW. We are going through a growth process. Thank you, everyone," she wrote.

Ms Onochie is believed to have lied on oath during the screening, as an affidavit she deposed on June 2019 has surfaced. In the affidavit, she wrote; “I am also a member of the All Progressives Congress (APC).”

As it stands, YIAGA Africa and 8 others have instituted a case against the federal government and the Senate Committee on INEC at a Federal High Court in Abuja.

Last week, the Chairman of the PDP, Uche Secondus stormed the National Assembly, to protest her nomination for the office.

Why is Onochie that most hated?

Since she was appointed the aide to Buhari on new media, Onochie’s mode of operation has been the use of ”insults” to attack anyone opposing the government, earning her the nickname, ”attack dog.”

From saying EndSARS protesters were backed by ‘cyber criminals’ to saying it was organised by ‘dumb kids’, Ms Onochie was never the favourite of the Twitter Nigeria community.

Onochie once went after Ayo Balogun, Wizkid, when the latter called Buhari an ”old man” during the EndSARS crisis.

Etomi Adesuwa, actress and wife of Wellington Bankole, once attacked her for posting a picture of young kids using paper cut for a face mask.

The actress said, “You are a disgrace. Both home & abroad. You should be ashamed that these children have to do this with cardboard. Instead of talking about how to tackle poverty so they can be protected adequately against the virus, you're spewing this nonsense.”

Onochie has severally been accused of spreading fake news and posting distorted pictures in the defence of the government, with a Ex-President, Atiku Abubakar being her favourite target.

When the Department of State Security (DSS) arrested the publisher of Sahara Reporters, Omoyele Sowore, In the build-up to the Revolution Now protest, Ms Onochie justified the arrest, with a picture of a man setting himself on fire.

“This Is what DSS saved Sowore from. With talks about setting himself ablaze, it's in order for the security operatives, whose role it is to safeguard both lives and properties, to take him into custody to prevent him from harming himself and get him the help he needs,” she had tweeted.

Notwithstanding the fact that the president has about 6 aides, Garba Shehu, Femi Adeshina, Tolu Ogunlesi, Bashir Ahmed, Anjuri Ngelale, who are active on social media, Ms Onochie was the gutter fighter, and in the process left a litany of enemies on the line.

Can the court stop her confirmation?

Liborous Oshoma, a legal practitioner, said the judiciary cannot stop the Senate from performing its constitutional role of confirming nominees of the president.

He noted that the National Assembly ought to reject the candidate of Onochie without any need for the court to make pronouncements.

“I cannot put anything past the Nigerian senate, even though I hope they will not clear her. The question is, is she partisan? Even though she denied being a member of the APC, but admitted it. She has supported the APC government. How do you now in one breath be a member of a political party and be a member of an umpire that will conduct election where APC will participate?”

Why are lawmakers concerned?

While the 2015 elections were adjudged by local and international observers to be credible, in spite of that, subsequent elections in the post-2015 have been contentious.

Kogi, Osun and others have seen elections declared inconclusive.

Over the week, several media outlets also reported that lawmakers are attempting to remove some crucial parts of the election. The Speaker of the House, Femi Gbajabiamila debunked the rumour.